Two jaguar cubs have been born in ElOcotal, a special conservation center in the State of Mexico, but at the moment their sex is unknown, since they are in the natural care of their mother. 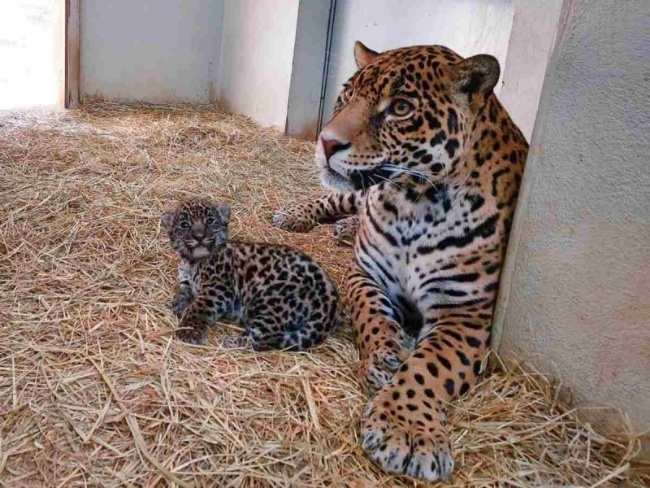 The parents of the Pantelaonca breed, “Maya” and “Chac”, received both puppies on October 16, thanks to the application of a breeding program promoted by the Government of the State of Mexico for the protection of endangered species.

The arrival of the cats was supervised by the veterinarian and animal welfare promoter of the “El Ocotal” Species Protection Center, so that “Maya” could carry out her birth process.

Within minutes of birth, the mother was stimulated to lick them and the pups began to feed spontaneously. It is the first time in Cepanaf records that a female jaguar naturally raises a healthy cub.

Access to the shelter where “Maya” and her cub are kept is restricted to ensure the mother has the care she needs to thrive.

According to the International Union for Conservation of Nature (IUCN), the species is in danger of extinction, which means that its population has been greatly reduced.