This Dog Was Abandoned 5 Times For Disobeying They Didn’t Know He Was Deaf! 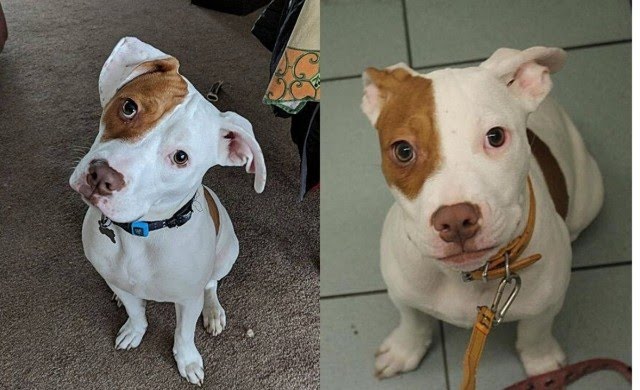 Ivor is the name of the puppy that was abandoned in a shelter, for disobeying orders. The first tests showed that he was deaf, so they taught him sign language.

Throughout his life, Ivor went through 5 families, most thought he was a dog with serious behavioral problems, since he did not listen to the orders given to him. In addition, not being able to communicate and understand each other’s trust, he went downhill. This process was undoubtedly very complicated for this puppy. His caregivers had no idea what was wrong with him, so they decided to give him a full exam and discovered that he had serious hearing problems.

After being abandoned 5 times and only a few months old, Ivor was transferred to the Royal Society for the Prevention of Cruelty to Animals center. The caretakers at the shelter were eager to work with him and give him the opportunity to rehabilitate himself and find a family to adopt him. In a short time, Ivor regained his confidence and was able to get along with other people without problems.

But everything changed when they decided to teach him sign language. The challenge was very big, since teaching sign language to a dog is very complicated. Through gestures and visual signals, Ivor was able to understand basic commands that every dog ​​knows, such as sitting down, getting up, staying still, coming when called and even shaking his paw.

All the people in the center were surprised at how intelligent Ivor is, and that for many months due to his disability he had not shown it. As he continued to learn more about sign language, his caregivers decided that he was ready to find a family.

It is at that moment when Elie Bromello knew his story and fell in love with this intelligent puppy, he did not think about it anymore and adopted him. As he has explained, from the beginning he knew that “his deafness was not going to prevent him from having the perfect pet.” And so it seems that he has been.

They adopt Ivor, the dog that understands signs

Elie hit the jackpot with this clever pup. When she picked him up she had already learned a lot of commands, and now that they live together, she has the time she needs for Ivor to learn more. In fact, Elie comments that having Ivor for them is the same as having a dog that she can hear. So they don’t hesitate to talk to him a lot and very often, even though they know he doesn’t understand a word they say.

Ivor has become the greatest treasure for his family, seeing how the difficult situation that he went through progressed made him so loved.