Puppy Receives The Sweetest Welcome Of All The Shelter Puppies

Every day there are more stories of stray dogs that are adopted, because they go viral on the Internet.

In this Educational Pet article you will learn the story of this beautiful little puppy named Bear.

Bear may have thought that he would never find friends to play with and a family to take care of him, and unfortunately he was abandoned when he needed it most.

But fortunately, the situation for this furry was about to change.

Felicia Quispe Arana runs one of the most important dog shelters in Cusco, Peru, called Colitas Sin Techo. After learning about Oso’s situation, Felicia Quispe Arana did not hesitate to take him in, but she also wondered if the other puppies at the shelter would receive him in the right way. 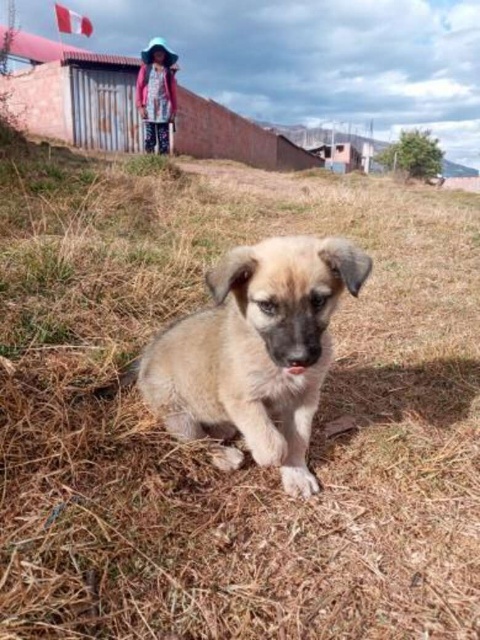 “‘We don’t have any puppies at our shelter. All the dogs are big and most are adults. We don’t know how they will react when they see teddy bear ,'” Felicia said.

The puppy was very nervous when he arrived at the shelter, since it was a new place for him, but he received one of the best welcomes, full of tranquility and love.

“At first, Osito was scared seeing so many big dogs,” Arana said. “After meeting the other dogs, he felt very comfortable and walked with confidence.”

The puppy who had been abandoned soon made many new friends. But it didn’t take him long to get the one he needed the most.

“We were able to find someone to adopt him ,” Arana said. “Now that he has a family, we hope he can live a long and happy life.”

It is hoped that the other puppies in the shelter will also find a home for life.

According to the 2016 Abandonment and Adoption Survey in Peru, more than 137,000 dogs and cats were collected last year. The fact is worrying, since abandonment remains a structural problem that requires greater intervention and cooperation from all stakeholders. At Mascota Educativa we are committed to reducing this figure and guaranteeing the well-being of the dogs and cats in our communities.