This Squirrel Is So Thirsty, He Approached A Man To Ask For Some Water 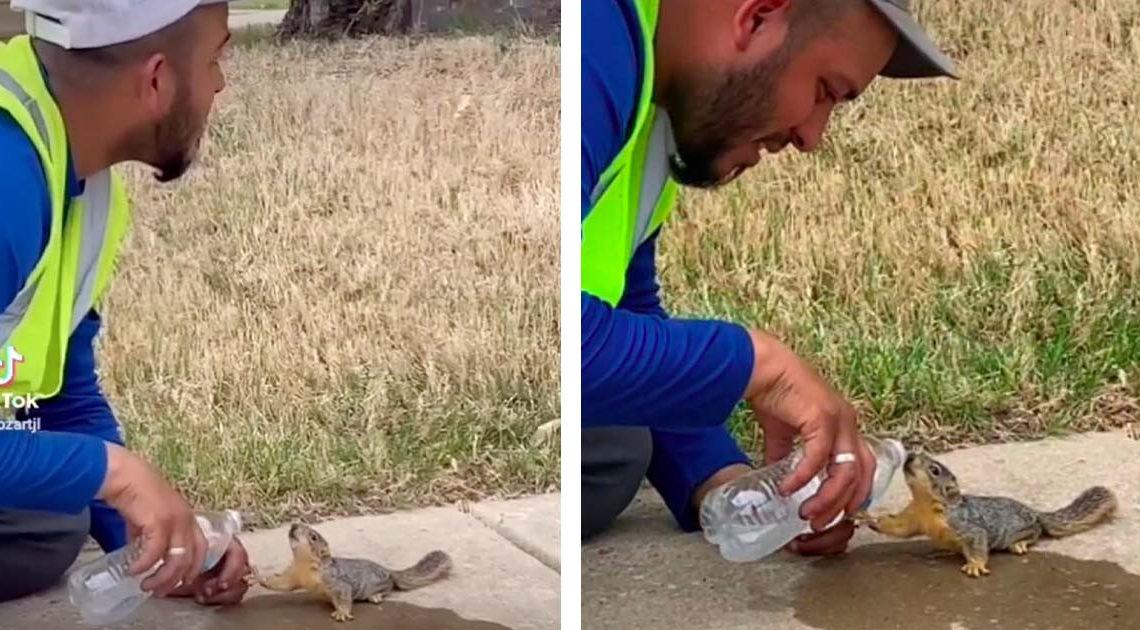 This is a fascinating story of how a man helped a weakened squirrel recuperate.

Jomar Robles, a landscaper in Dallas, Texas, was suddenly approached by a small animal while he was on the job. Unfortunately, it seemed that the little one needed some help.

The squirrel came near the landscaper on a hot March day. Robles is an animal lover. He thought that if a wild animal approaches a human, then there must be something wrong.

He was walking when the squirrel saw him. She followed the landscaper, and so Robles gave her water. According to him, the lovely squirrel was extremely thirsty.

Robles opened his bottled water and knelt to give the poor little one some water.

The squirrel placed her paws on his hand, taking small sips. The gesture seemed to tell him to keep going. 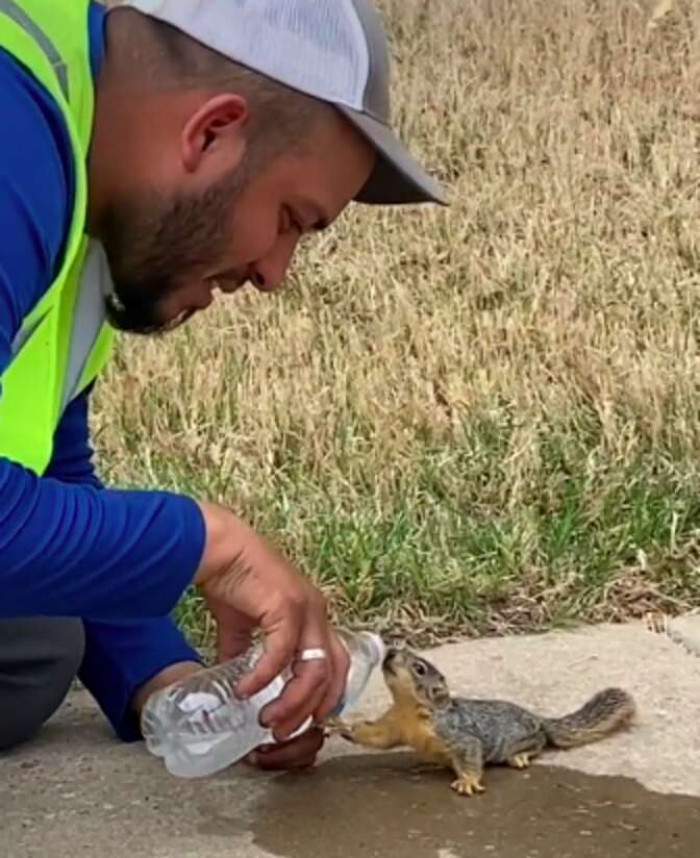 After she’s done drinking, Robles petted her and tried to gave her some more.

But instead of drinking, she climbed Robles’s arm to let him pat her some more.

Robles noticed that the poor little thing needed to get away from the sun, so he took her home. He gave the squirrel a comfy spot to rest and fed her with healthy snacks.

On the day Robles took the squirrel home, she rested a lot.

Robles told his wife that he would set the squirrel free so she can make more friends with her own kind. The squirrel looked well the next day.

So he brought her back to the place her he found her. Then, she was released.

Robles was sad to let her go, but he knew that the beautiful squirrel needs to be where she belongs.

The little one took a last glance at Robles before climbing a tree and that was the last time they saw each other. Still, Robles knows she appreciated his simple deed.