The baby is part of a critically endangered species 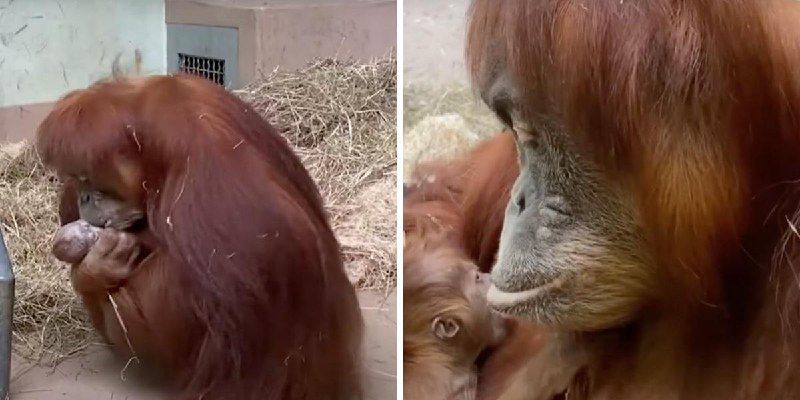 Here’s some cute news to brighten your day: The Toronto Zoo has just welcomed a baby orangutan to the family, and the video will warm your heart.

The male baby was born on Friday, April 8 and is the second offspring for 29-year-old mother Sekali. They are Sumatran orangutans, which is a critically endangered species. According to a press release, the birth went “smoothly,” and the mother’s “maternal instincts kicked in right away.”

An adorable video posted to the Zoo’s YouTube account shows Sekali snuggling her newborn and cleaning him shortly after birth. She even brought him up to the zookeepers so that they could do a visual check on the little critter.

“We are incredibly excited to welcome this new addition to the Toronto Zoo family,” said Dolf DeJong, CEO of the Toronto Zoo. “Sumatran orangutans are under increasing pressure in the wild due to habitat loss and the palm oil crisis, which we are working with partners to address. We are proud to play an important role in the conservation of this amazing species.”

Sekali’s pregnancy lasted 243 days (about eight months), which is typical for a Sumatran orangutan. She even took part in some training during her pregnancy so she would be prepared for her little one, and it included things like using a plastic cylinder as a substitute baby for practice.

The baby comes just in time for the zoo’s new outdoor orangutan habitat, which is set to open later this year. In the new habitat, the orangutans will be able to climb on special overhead lines and enjoy more activities in their day-to-day lives.

The newborn has yet to be named, so keep an eye on the zoo’s social media for updates.