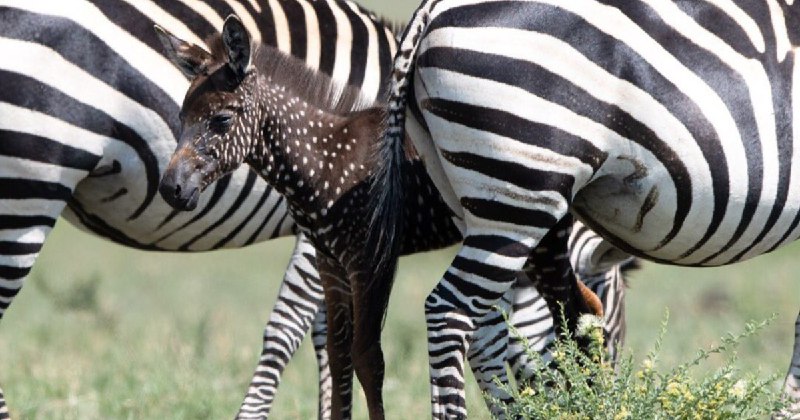 An extremely rare polka dot baby zebra was spotted in Kenya, and it has captured our hearts.

This is the first known case of a zebra with a polka dot appearance like this in the mara Reserve.

You can see a video of the polka-dot baby zebra here: