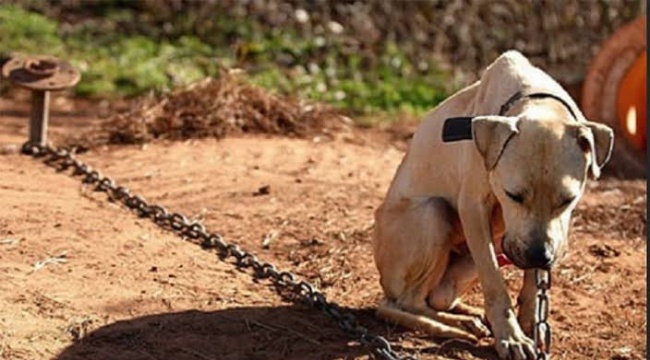 Although animal abuse is considered a crime in Mexico, violent acts against animals continue to be committed daily, especially with dogs and cats.

If a person does not know how to treat animals, you should report it to the appropriate authorities.

Thanks to various projects of many people and associations, justice for animals is now clearer than before. Proof of this is the recently approved law, whereby the Mexican police can enter a home to rescue an animal that is clearly the victim of abuse .

This bill was promoted by Deputy Leticia Varela. In her social networks, she reported the great news, and thanked her colleagues for supporting this noble cause, which will undoubtedly benefit thousands of animals suffering from abuse in Mexico.

People feel a lot of impotence, not being able to do anything because of this type of violence towards animals. Many of them prefer to take justice into their own hands, and this happens by not receiving a quick response to their complaint.

Many times when police officers arrived where a pet was being abused, there was little they could do as they did not have a court order to rescue the animals. Well, this is in the past and in the state of Mexico they already have all the approval to rescue these defenseless beings.

The fight for animal rights in Mexico

In Mexico and the world, more severe laws are needed to punish people who intentionally mistreat animals. Over the years, laws have changed in Mexico, and now this project will allow the police to respond to emergencies and enter homes without a judge’s order. Even if necessary they can take the pet to safeguard its life.

The group of people who carry out the rescue mission must have enough evidence to be able to resolve the fact that they are being cared for. Also, the urgency lies in certain areas of the house such as balconies, roofs, etc. In addition to this requirement is added that the uniformed must fill out a record with the facts of the abuse, all this must be under the statement of two witnesses.

Following these new necessary protocols, the animal heroes will finally be able to remove the animals from their place and transfer them to the corresponding institution, where they will be provided with services, such as food, water, shelter and veterinary help, while helping them find a permanent home.

On behalf of Educational Mascot we are very happy for this great news, which will not only help animal organizations, but also for animals, who are happy that people come to their rescue.