A service dog named Banner is a hero by rescuing 7 abandoned kittens in the middle of the woods.

When we talk about dogs, we talk about loyalty, unconditional love, bravery and compassion. A Siberian Husky is that and much more.

On this occasion we will talk about an action that cannot go unnoticed. Her name is Banner, a 3-year-old husky who rescued 7 adorable kittens who were abandoned.

Banner is a service husky and has been living with her owner Whitney Braley, as her owner has a disability from post-traumatic stress disorder and anxiety attacks. 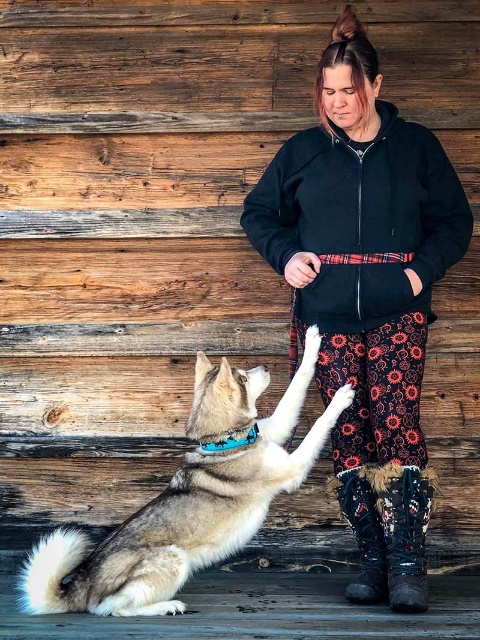 Banner takes it upon himself to alert people nearby when Whitney has an anxiety attack.

Without a doubt, Banner is a great heroine, she has always done her job very well and loves her owner because she is always looking out for her.

Whitney says that one day Banner started acting very strange and even called her and she didn’t come, something that is very unusual for her.

Banner wanted to go to the woods, she was very upset so Whitney decided to take her. To his surprise, Banner found a box full of newborn kittens, first he took out a white one and took it to Whitney who immediately went to check it out and someone had thrown them in a box, maybe they had hours in the intense cold, but thanks the heroine Banner and her owner Whitney were all able to survive. 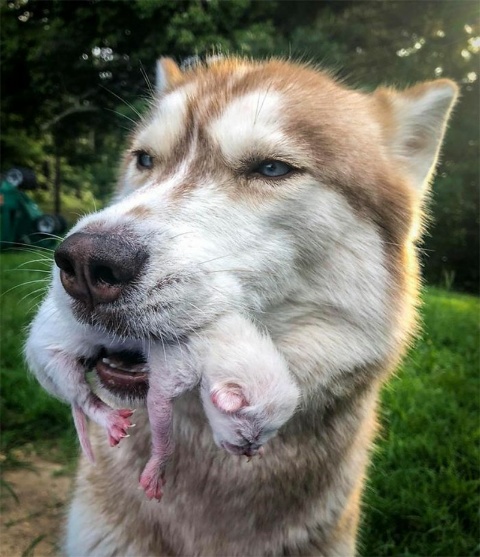 Whitney says that someone without a heart must have put them in a cardboard box, closed the lid and left them there to die.

They probably thought that no one would discover them. I don’t even know how Banner found them. The kittens were ice cold and didn’t meow or anything. It makes me sick that anyone could do that to these innocent little animals. He’s so cruel and ruthless, says Whitney.

Banner took care of them and cleaned them as if she were their mother, she even slept next to them to make sure they were warm and that nothing happened to them. 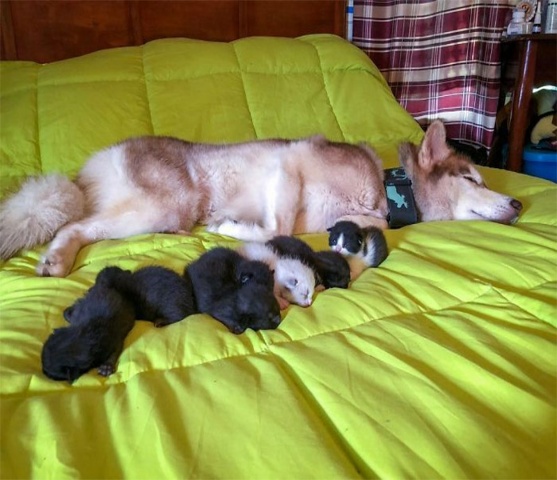 Banner is an example of pure love regardless of race. Thanks to her 7 beautiful kittens are alive today.

We have so much to learn from animals, they teach us many lessons of love and humility. Like Banner, who despite having a commitment to his owner Whitney, did everything possible to save 7 kittens, without a doubt a great story to remember.

If having a soul means being able to feel love, loyalty and gratitude, animals are better than many humans (James Herriot)

Man Abandoned His Wolfdog, But A Shelter Saved Him