Man Abandoned His Wolfdog, But A Shelter Saved Him 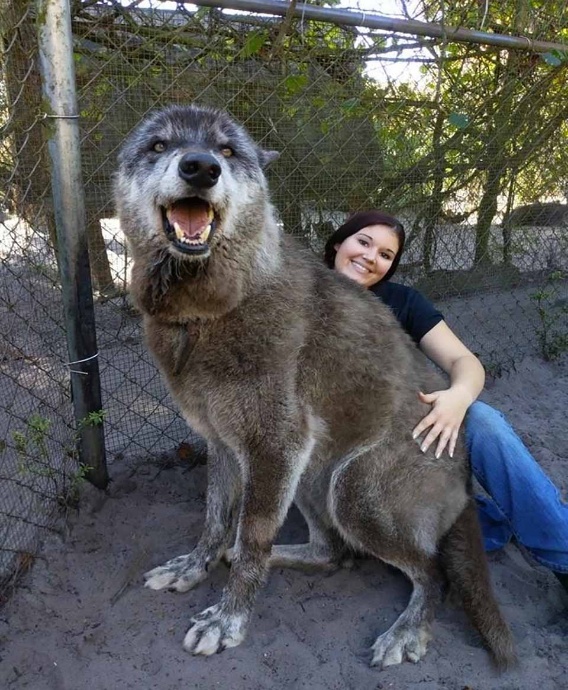 A wolfdog is a canine hybrid that results from the crossbreeding of a wolf and a dog. They may commonly be called a Wolfdog .

In this Educational Pet article we will talk about Yuki , a wolfdog that was left to chance by its owner, being a dog with unique characteristics, he sold it to a slaughterhouse where they paid a high sum of money for its fur and would come to be sacrificed, fortunately a sanctuary decided to give him a second chance at life and rescued him.

Perhaps because of its enormous size it is difficult for you to accept that it is real, but something interesting about wolfdogs is that they can weigh up to 90 kg.

Yuki is a star on the internet, thousands of netizens share her amazing photos that she posts on Instagram.

His caregiver Brittany comments: “We rescued him from a very difficult situation. They bought it from a hatchery, but realized it was too big to care for and keep. He was abandoned in a shelter when he was only 8 months old so he could be euthanized. So we came along and provided him with a home, he has been with us ever since . ”

Yuki has a very noble character, each person who knows him gets a big surprise, since he is not an aggressive dog, but you must respect his space, if he is not comfortable with you by his side he will start growling.

Yuki is currently in the Shy Wolf Sanctuary in Florida, United States. This refuge was founded by Nancy Smith in 2001. And it is responsible for the recovery and shelter of all captive wolves and other exotic animals. It also tries to educate people about the importance of protecting these animals.