Homeless dog uses public transport to travel around the city 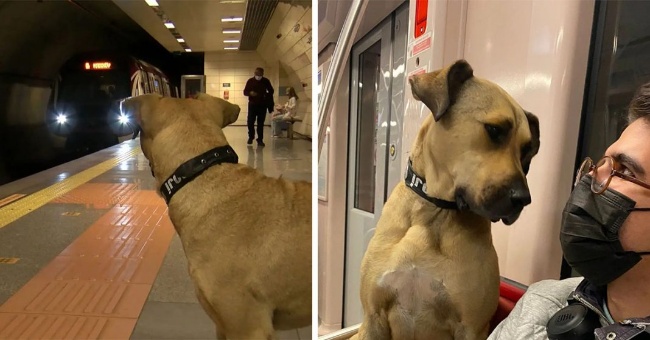 A dog that lives on the streets of Istanbul, uses public transport to travel around the city, leaving everyone who sees him surprised.

Boji is a homeless dog who has earned the love and affection of thousands of commuters using public transportation in Istanbul, Turkey. This intelligent canine uses the subway and even the ferry or tram, something that is really incredible.

In this 2021, people who use public transport began to notice that a cute puppy accompanied them on their trip. Thanks to   photos that were taken, the story quickly went viral on social networks. Boji is very polite, since he doesn’t bother or bother any user, he just goes up and looks for a good place to sit or get some sleep.

The subway authorities began to take Boji to the vet to check his health status, they have also placed a special collar with GPS, to know where he is. Thanks to routine visits with the veterinarian, it was discovered that he was spayed and in perfect health. His name Boji means “Subway Corridor”. 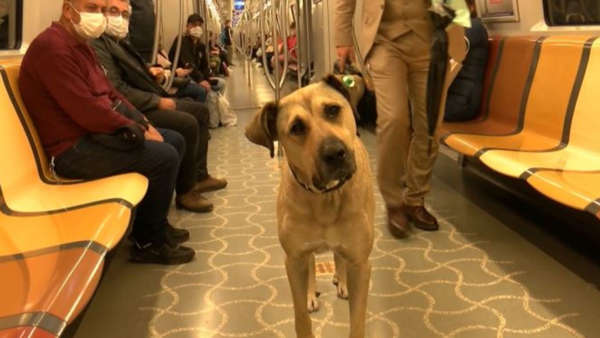 This canine knows exactly   where he is going every time he gets on or off the subway. You certainly use public transportation independently. An Istanbul metro worker named Aylin Erol commented:

“Some time ago, about 2 months ago, we began to notice that a dog wanted to use public transport, such as the subway, trams, train and even the bus, the most surprising thing is that he knew where to go and where to get out. It was very interesting and we decided to start following it. Boji knows where to go and has a purpose.”

According to statements from public transport users, Boji is very docile and allows himself to take very beautiful pictures.

“Boji is a very intelligent and calm dog, I can photograph him when he is comfortably lying on a subway seat,” commented one user.

The cunning of this beautiful furry has no limits, since he even seems to know the rules of public transport. Boji gives way to passersby and then gets on the train and if he sees an available seat he uses it. What a great example this puppy teaches us! 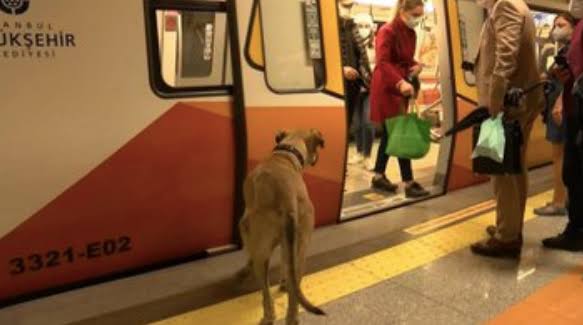 Thanks to the monitoring of his collar, it is estimated that Boji travels approximately 40 kilometers a day. The reasons why he moves so much are unknown.

People don’t mind at all that Boji travels on the subway with them, in fact they protect him from any danger that may happen to him. He also has his own social network where they can see which subway station he is at.

Istanbul is a city that is very tolerant of street animals. We can learn a lot from these people who help homeless puppies.