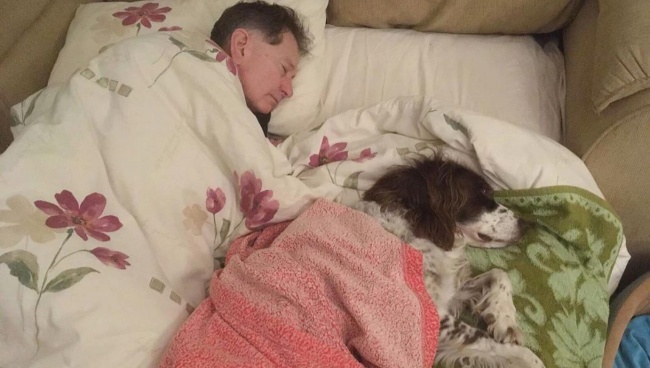 When a dog comes into our lives, we never think how quickly time will pass. In the blink of an eye, our little friend will grow up and become an adult dog, when that happens he may need very special care.

In this Educational Pet post, you will learn the story of a family that takes turns sleeping on the sofa every night, along with their puppy, who is older and cannot climb stairs.

This story moved thousands of people around the world, and shows us that when you really love and treat your pet with love, you can make many sacrifices to see him happy.

Spike is a dog of the Springer Spaniel breed, 9 years ago he was in a shelter, and like thousands of dogs Spike had the hope of being adopted. Then Catherine Morris appeared, his family and they decided to adopt him. They were completely in love and happy with their new four-legged friend. At first they wanted Spike to sleep on the ground floor of his house, but it seems he didn’t.

Spike was a dog who loved to run and climb stairs, he even learned to chase tennis balls. During the night he climbed the stairs and slept with his owners very comfortably and did so for many years, until Spike suffered two strokes and his health condition worsened. 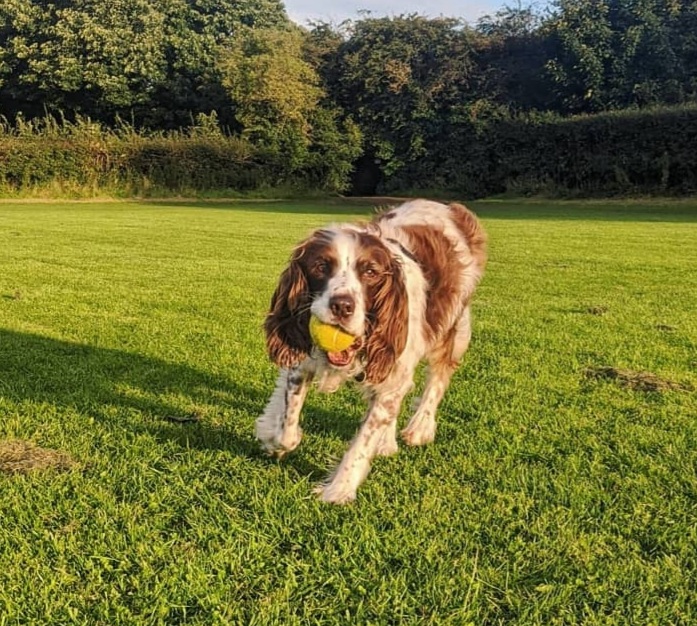 “The first night we had him he was so happy”

Catherine Morris told The Dodo portal: “The first night we had him, we closed the stairwell door and went to bed. She jumped out the door in the dark, ran into my parents’ room and groaned for a few minutes before falling right back to sleep. And that’s where she slept from then on.”

Now 14 years old, Spike has lost a lot of strength and it is impossible for him to do activities that he used to enjoy doing. Throughout his life he suffered two strokes, but he was not yet ready to leave his family. 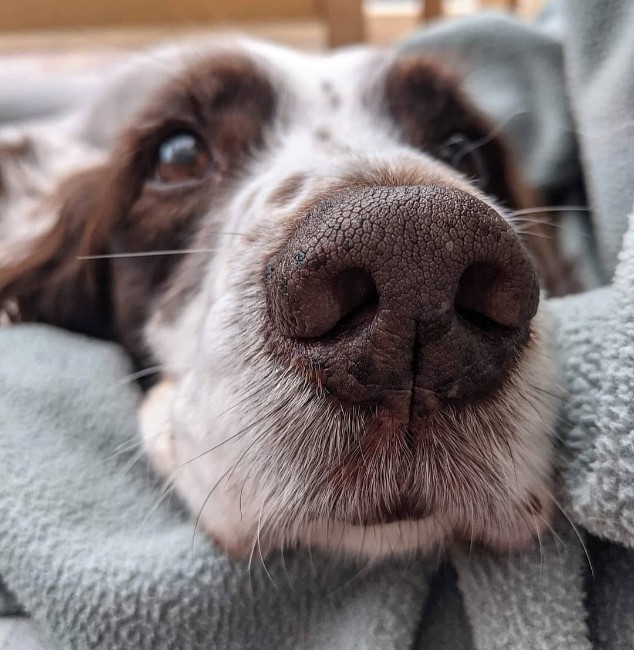 When he suffered his second accident, the dog could not even stand up for himself. Catherine and her family walked him around the house to cheer him up. Even with all the problems Spike had, he was able to walk again, but he didn’t have the strength to climb the stairs and sleep with her family.

Spike couldn’t get up the stairs anymore.

The beautiful little dog could no longer go up or down the stairs. To avoid an accident, the family decided to block the way for Spike, who insisted on going up to the second floor to sleep with them.

What did they do then? The family came up with a great plan for their dog to enjoy the time he had left, and that’s how they decided to take turns sleeping with Spike downstairs.

The results have been very satisfactory for the family. “This new schedule started when I was in college, so my parents would spend alternate nights downstairs with Spike. Since we moved into the house we’ve joined the rotation so the three of us can sleep together a little longer,” Catherine said.

Catherine’s father never left the puppy alone, they were always best friends and had a great affection for each other. He called him “Old Bean” and he brought him everything an adult dog needed, including water and food, he brought it to the chair, so that he would not exert himself too much. 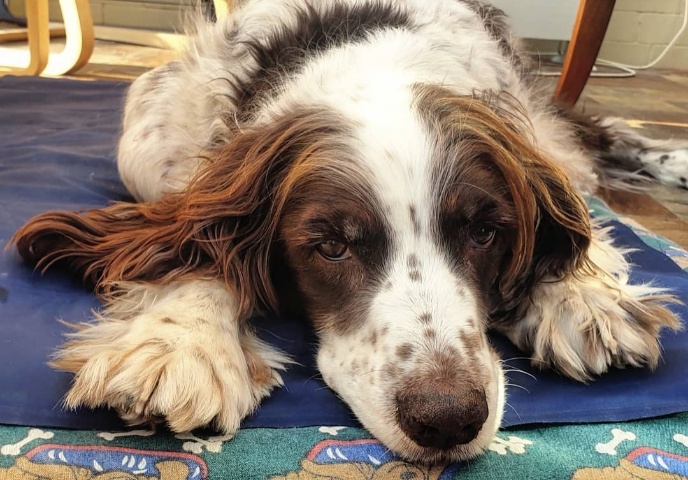 Sadly Spike passed away in the summer.

“We had to say goodbye to our precious boy earlier this week, thank you all for loving him. And give your dog an extra hug from us” Instagram spikethespringer.

“Spike is no longer with us, we had to say goodbye to him in the summer, but today would have been his 15th birthday, he brought us so much love and laughter over the years and is missed every day. Happy birthday beautiful boy.”