Karen Grassle and Michael Landon had dispute over money on “Little House” set, the actress says 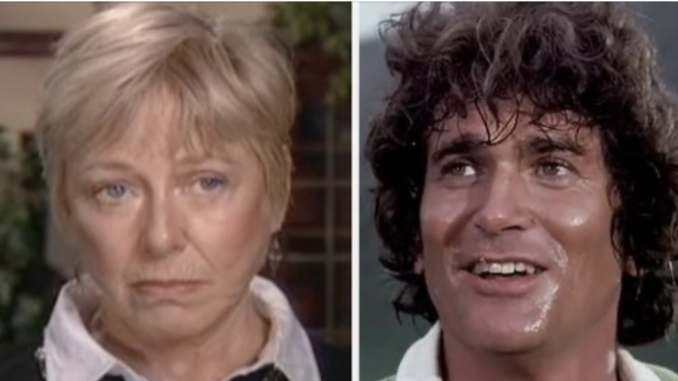 Little House on the Prairie is one of those series that remain iconic and never lose their popularity no matter how much time passes by. Since the day it first aired back in 1974, it has never been off air.

The story follows the lives of the Ingalls family who live on a farm in Plum Creek, near Walnut Grove, Minnesota. It explores various themes and remains until this day one of best series of all time.

The actors who were part of its creation made huge names for themselves in the film industry. Among those who made the series what it is today are great Michael Landon, who played the role of Charles Ingalls, Karen Grassle, who portrayed the role of Caroline Ingalls, the most famous mother figure in the history of film, Melissa Gilbert, Melissa Sue Anderson, Dean Butler, and a lot more.

Karen Grassel got the role of Caroline Ingalls thanks to a happy coincidence. At the time the producers were looking for someone to play the role, Grassle was planning on working on another project, an independent film in LA. However, as she went to the airport, there were no tickets.

She then got a call from her agent about a film starring Michael Landon whom she knew at the time as “that guy from Bonanza.”

“They’d seen everyone in Hollywood who was right for the part. They were down to the wire because they cast everyone else. After I read my second scene with Mike, he leaped up like a jack-in-the-box and said, ‘Bring her to wardrobe!’ But NBC had to approve me, so he interviewed for executives on closed-circuit TV,” Grassle recalled.

Although the series was an adaptation of Laura Ingalls Wilder’s best-selling series of Little House books and on her childhood, when it came to Caroline Ingalls, actress Karen Grassle based the role on her own mother.

“If you read Laura Ingalls Wilder’s books and see photos, Caroline was very tough and sturdy,” she explained. “My mother rode a horse barefoot to school, and as a young woman, she taught in a one-room schoolhouse! So I took her character, strength and wisdom and infused Caroline with that.”

A post shared by Little House on the Prairie✨🌾 (@littlehouseontheprairie_)

At the time she became part of the cast, the actress was probably not aware of the extent of popularity Little House on the Prairie would bring for her and the rest of the crew. Speaking of the time she was working on the iconic series, Karen said of Landon: “He was constantly trying to make the crew laugh and make everybody happy. A very hard worker and he could be quite moody — he had a lot on his shoulders that first year. He had a falling-out with a producer very early on, so he was the only captain.”

However, as the series gained more and more popularity, Grassle and Michael Landon got into a fight about the amount of money she earned.

“Michael was prodigiously talented,” she told Closer. “A complicated character from a dysfunctional family who loved his crew. But when the show was in the top 10 and I said, ‘Gee, it is time to renegotiate my contract,’ Michael did not want to pay me. It was very difficult.”

She didn’t speak publicly about the rift because she didn’t want to damage her relationship with Landon any further. “I didn’t speak up publicly at the time,” Grassle said. “Unless the fact that I continued to negotiate meant that Mike might have said things about me that could have been detrimental.”

A post shared by Little house on the prairie (@lacasanellaprateria___)

Before Landon’s passing back in 1991, he and Grassle got on good terms again and spoke to one another recalling the good old times. “We had a friendly call about the good old days,” Grassle said. “I was glad we had that healing.”

Landon was much appreciated by everyone who has ever met him. He was an exceptional man and an actor who helped many succeed. Actor Dean Butler, for once, spoke of the impact Landon had on his life and career.

He was a kind of person who cared for those working with him dearly and always made sure each member of the crew would be home having dinner with their family every night.