A Very Distinctive Bird With A Beautifully Black Flecked Vest Flashing Brilliant Shades Of Yellow When On The Wing – Meet The New Holland Honey Eater! 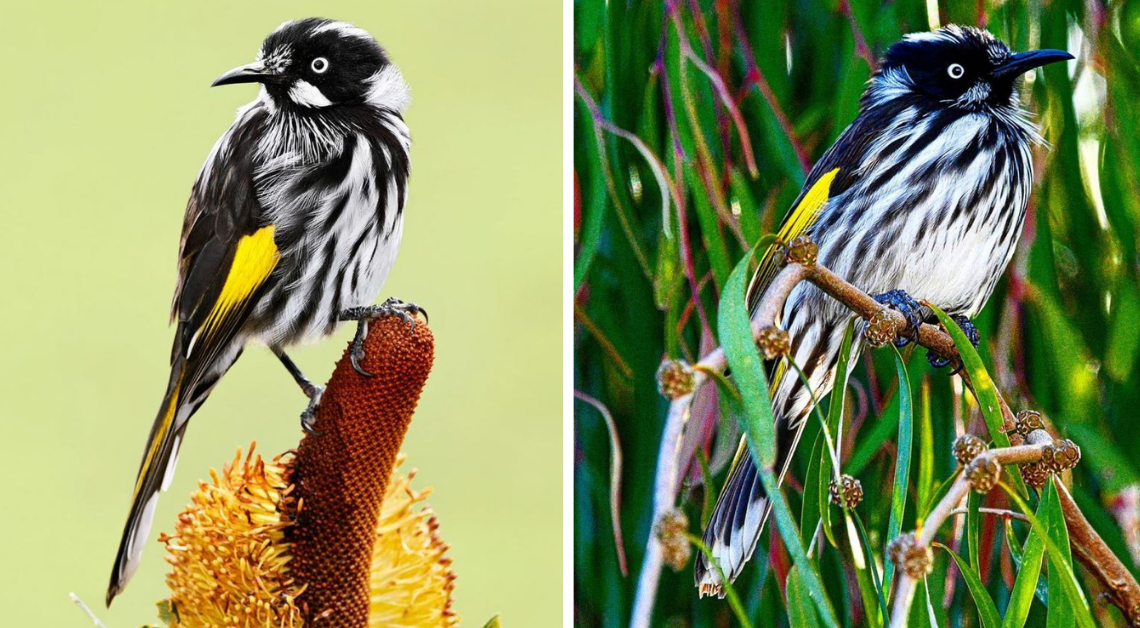 A very distinctive, that is mostly black and white, flashing beautiful shades of yellow when on the move! 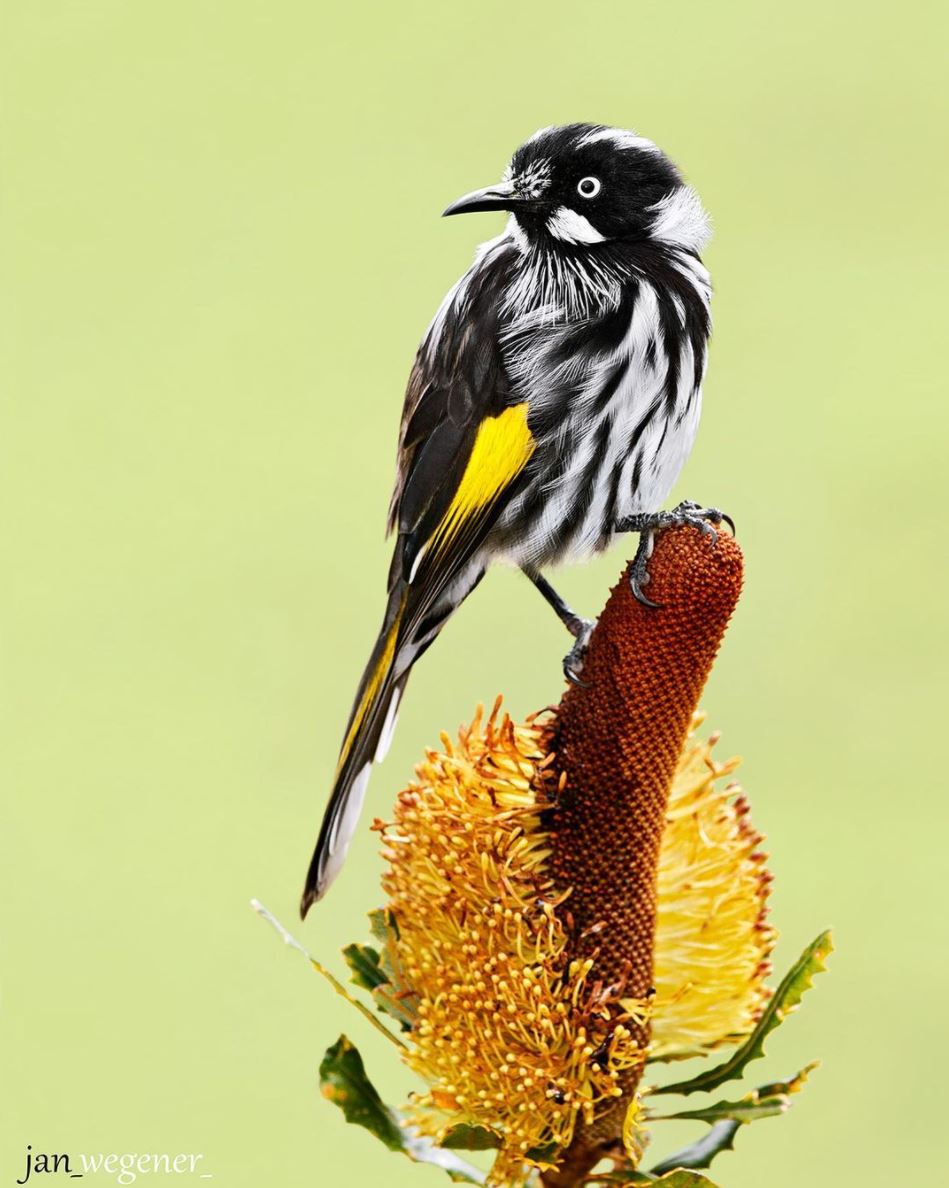 The New Holland honeyeater (Phylidonyris novaehollandiae), is a honeyeater species found throughout southern Australia. A mainly black and white bird, with a large yellow wing patch, white facial tufts, and a matching white iris. There is also a small white ear patch and yellow margins in the tail. 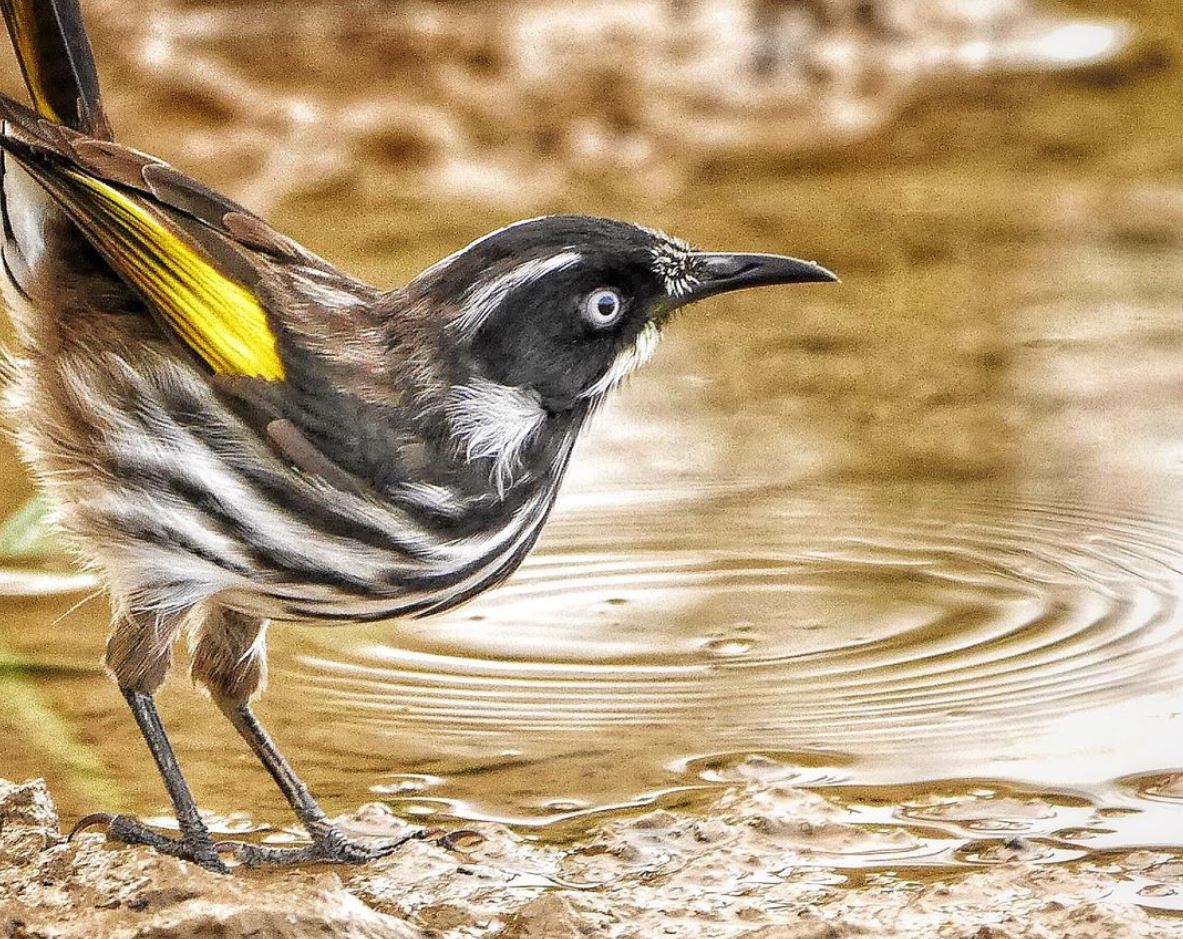 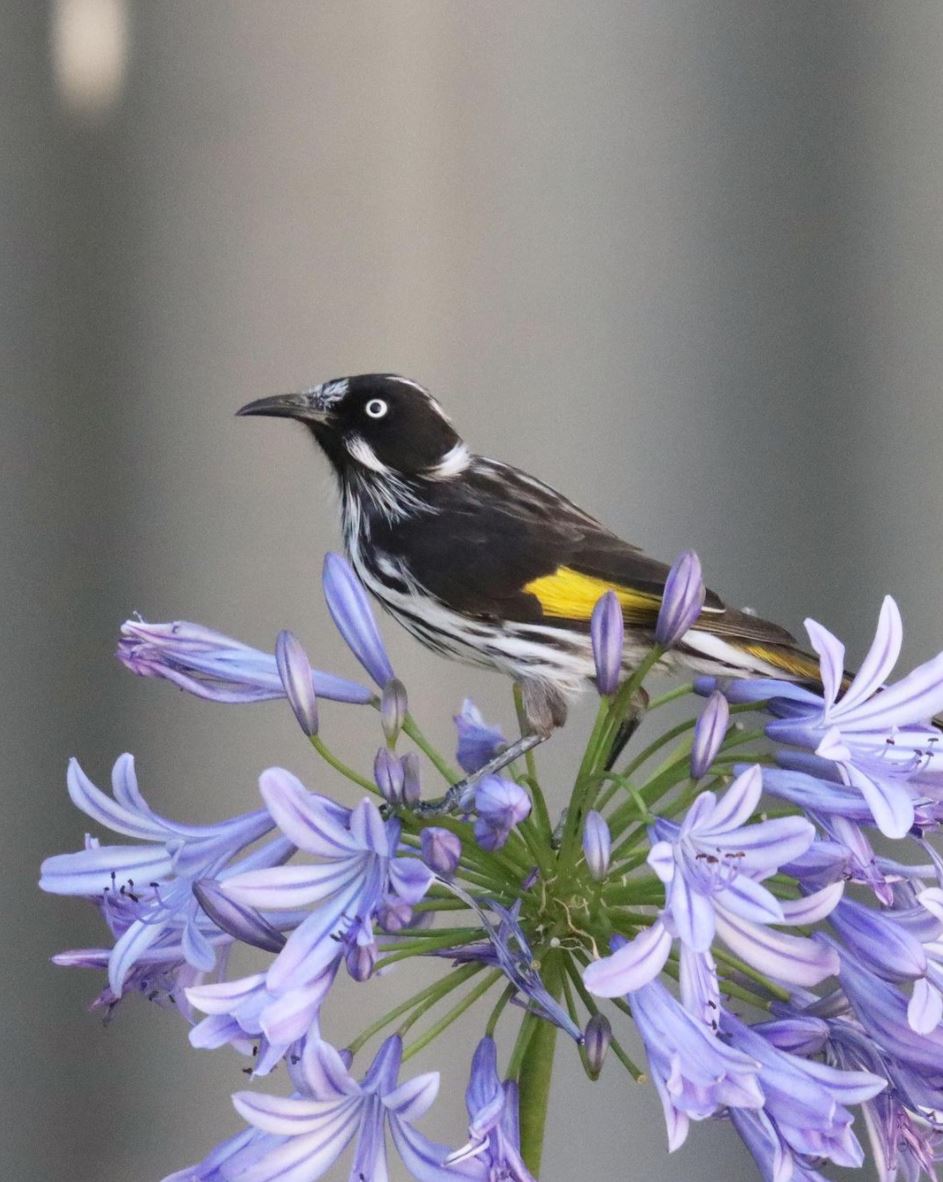 This species is found throughout southern Australia, including the island of Tasmania, Brisbane, and Queensland, to just north of Perth in Western Australia. 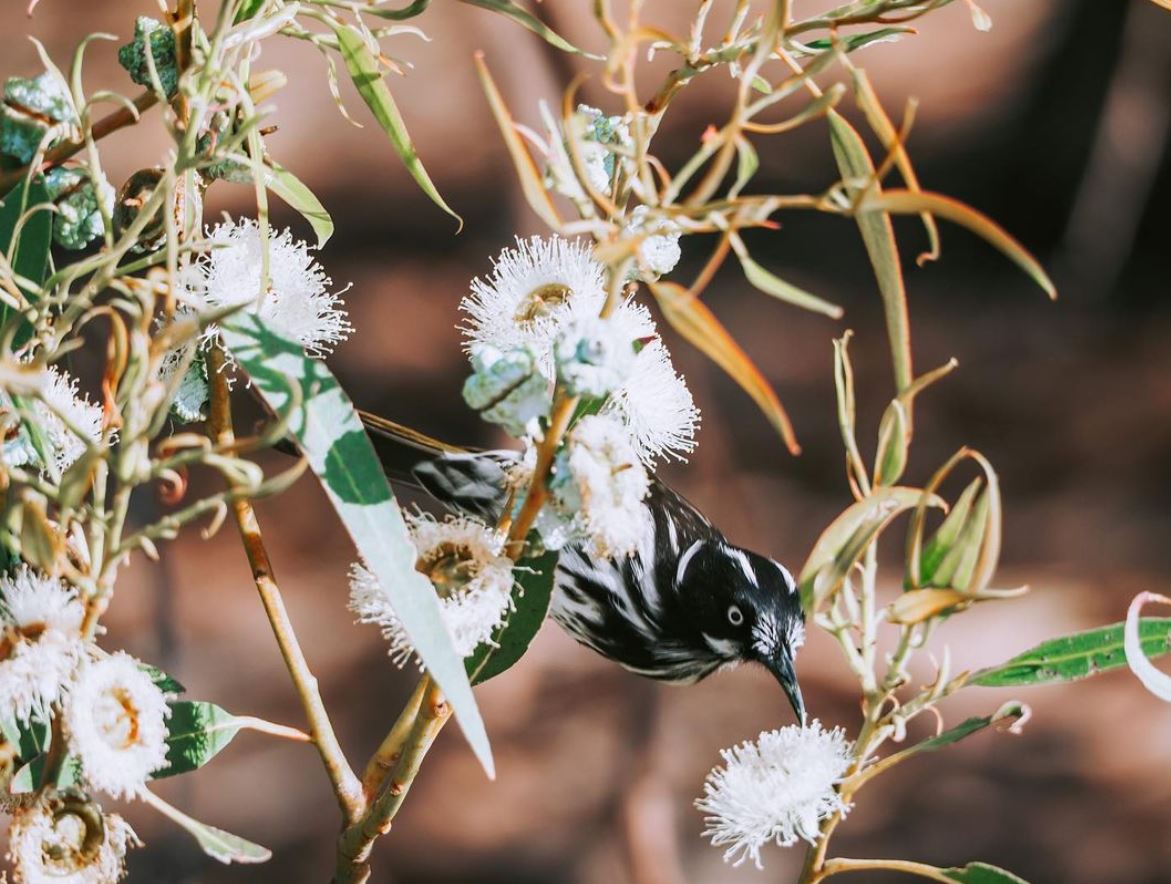 These birds are mostly found in dry scrubby areas, but they will also frequent dry savannas, forests, grasslands, plantations, and gardens, especially where Grevillea and Banksia are found. 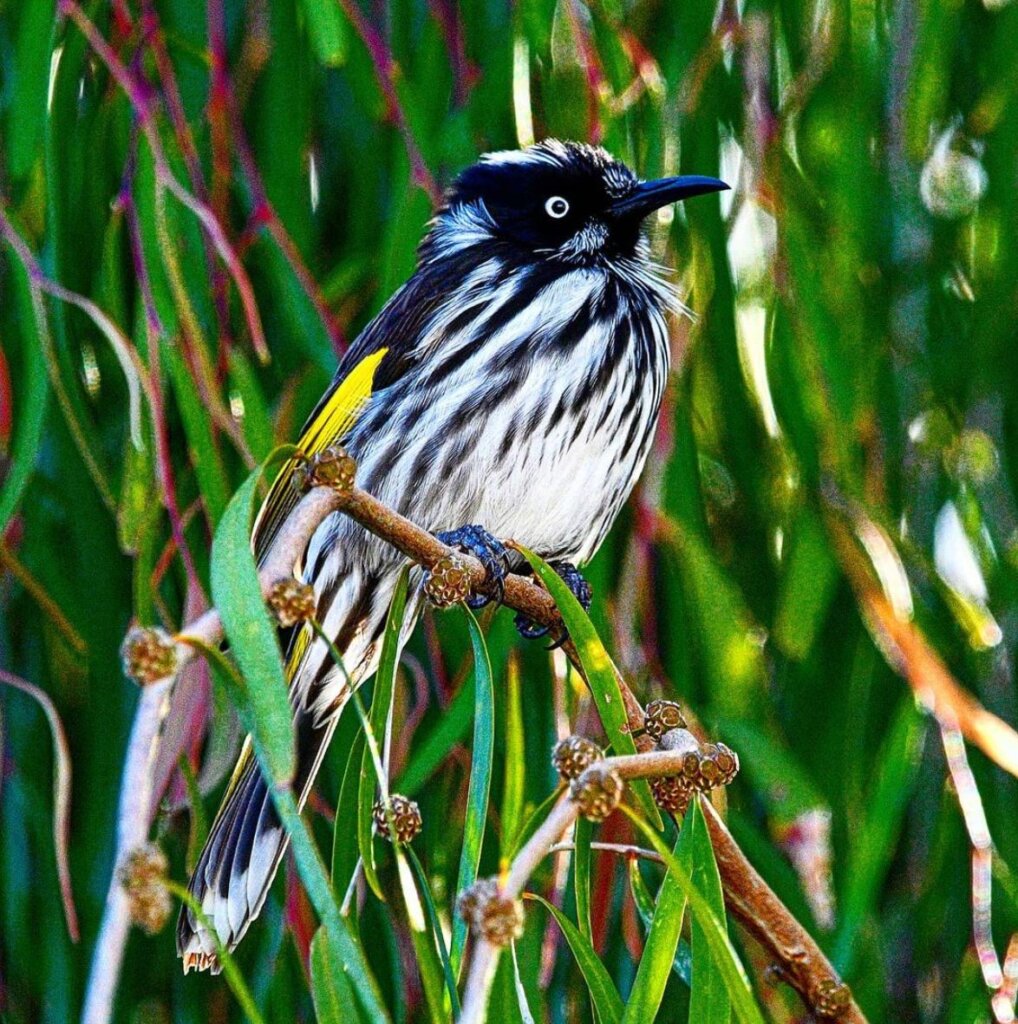 New Holland Honeyeaters actively feed on the nectar of flowers, darting from flower to flower in search of this high-energy food. Other sources of food include fruit, insects, and spiders. 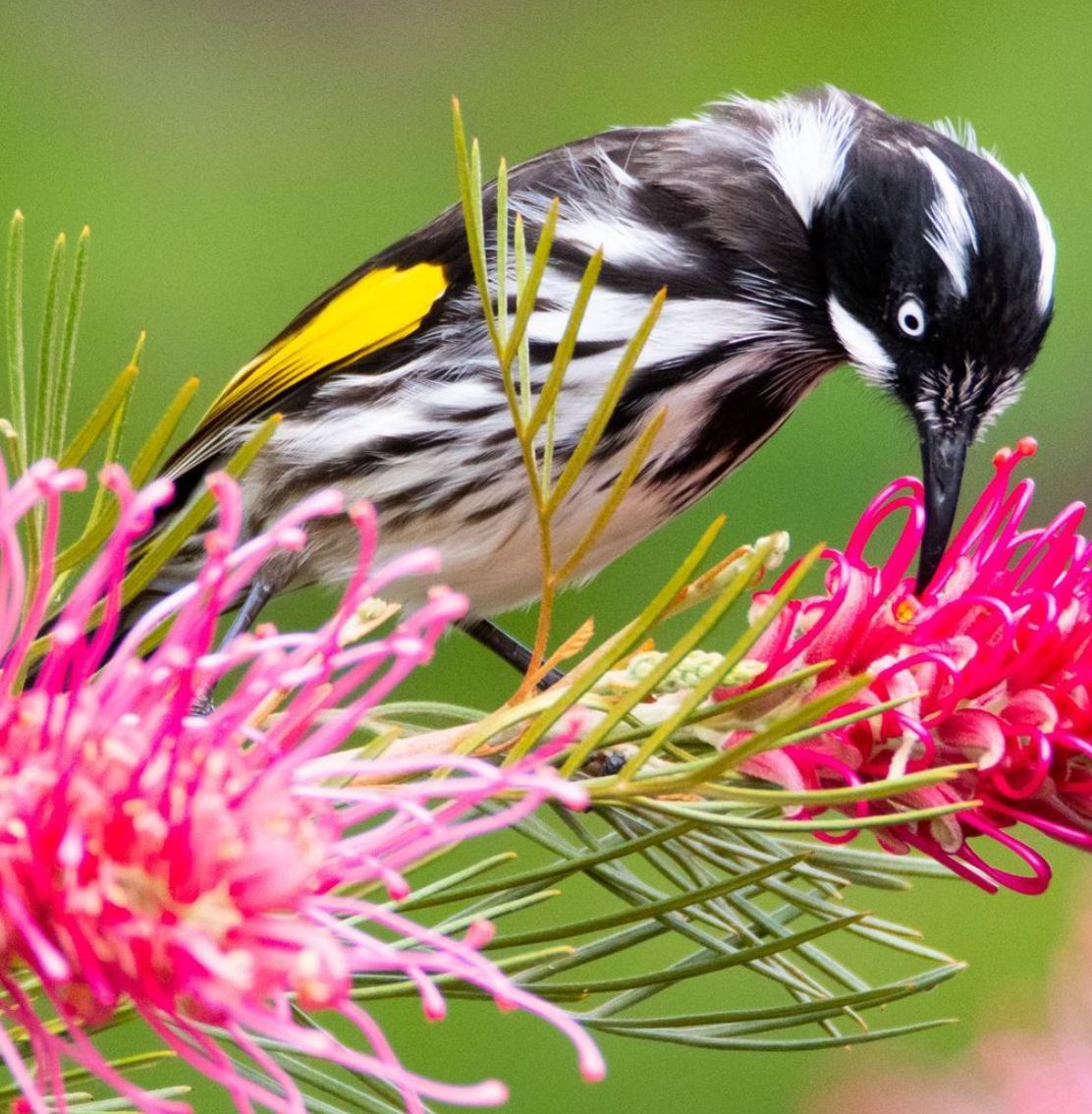