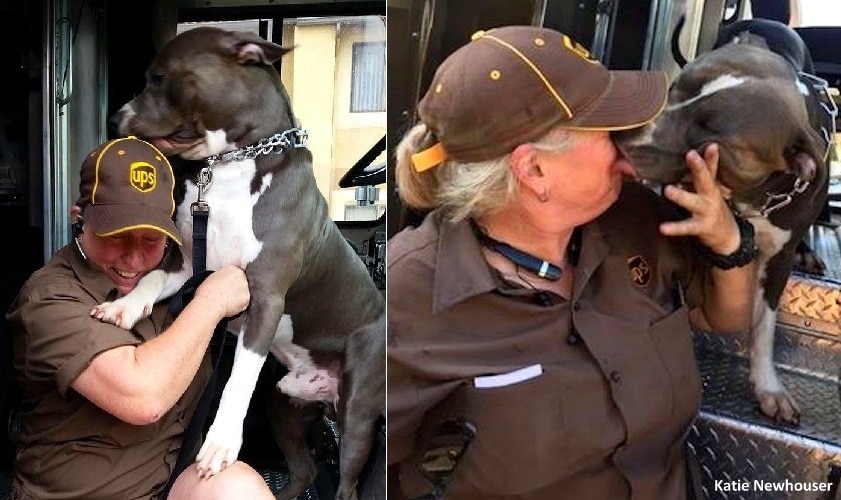 Katie Newhouser is a UPS driver in Rancho Cucamonga, California.  Whenever she would pull up to the apartment complex Leo lived in, he would greet her and jump in her truck.  And when she found out that Leo’s mom died, she volunteered to foster him, but he became so bonded with his new brother that she decided to make the arrangement permanent!

“I met Leo and his mom Tina on my route – they lived in condo complex that I deliver to,” Katie told Life With Dogs.  “He would always bark for her to let him come down to the truck to see me.  He would hop into my truck and make himself at home!” 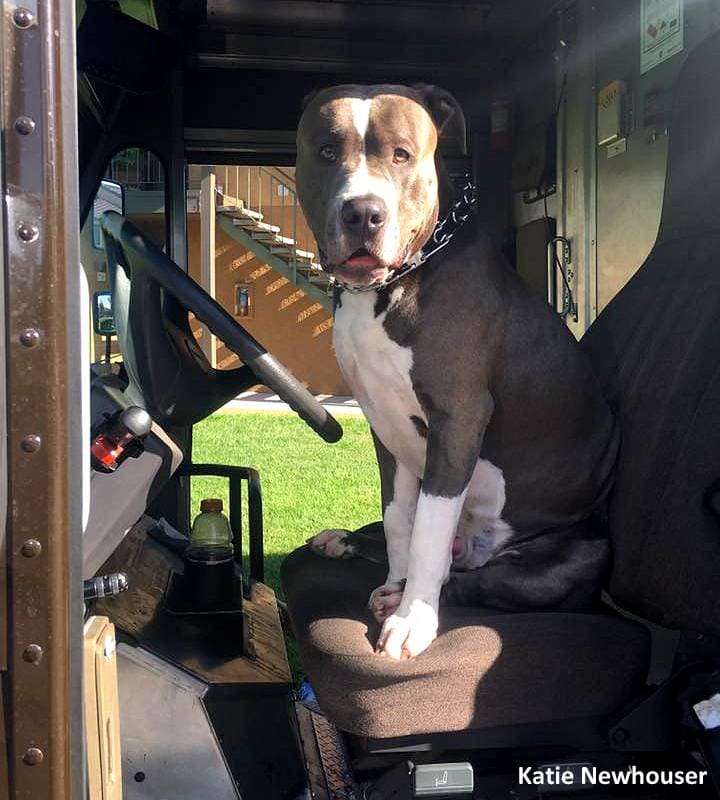 About a year ago, Katie had gone on vacation, and when she returned to her route she noticed Tina’s son, Canon, leaving the complex with furniture in the back of his truck.  Tina had told her that the association was hassling her about Leo – residents had complained that he should be wearing a muzzle (despite him being a friendly boy) – so she thought Tina was moving.  When Katie checked the woman’s Facebook page, she was sad to discover that she had died. 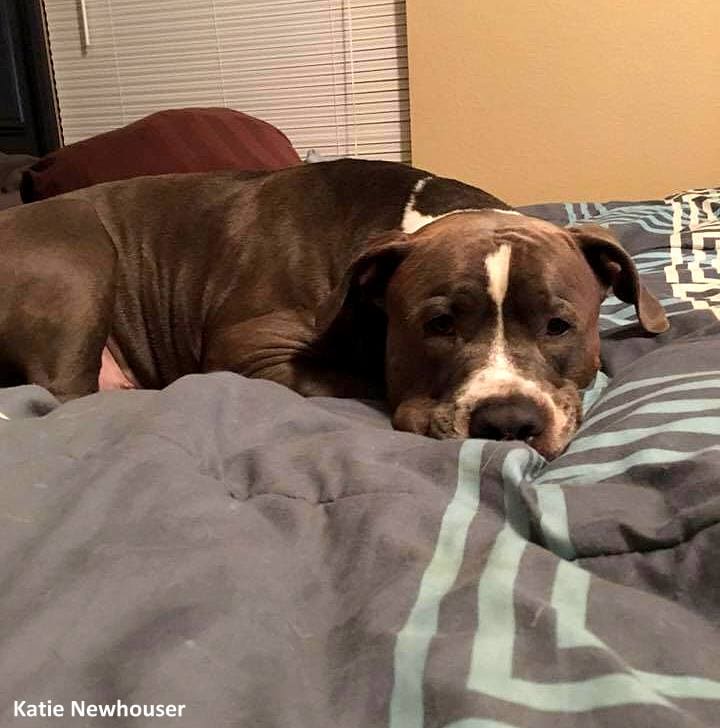 Canon was completing training for the Marines, so Katie reached out to him and offered to take Leo in until he returned.  But during the time she had him, he had fallen in love with her Lab mix, Moose, and both agreed that they couldn’t be separated. 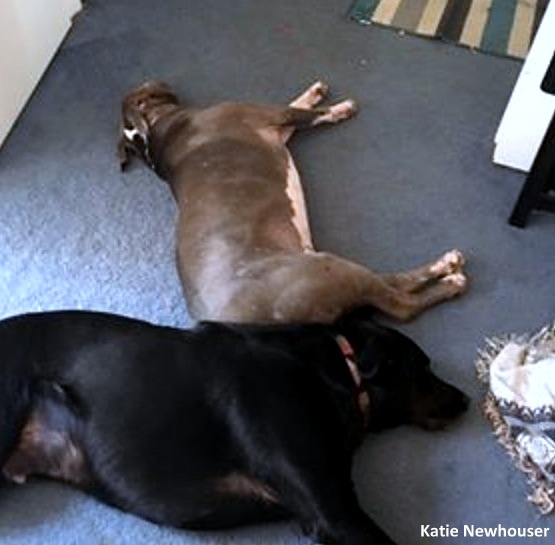 “He realized that Leo had bonded with my dog Moose and he couldn’t go back to being a single dog.”

In addition to Moose, Leo now has three other siblings: a terrier mix named Bailey, and two cats, Madison and Mocha.  Though Leo has adjusted very well to his new family, it was clear that in the beginning he really missed his mom. 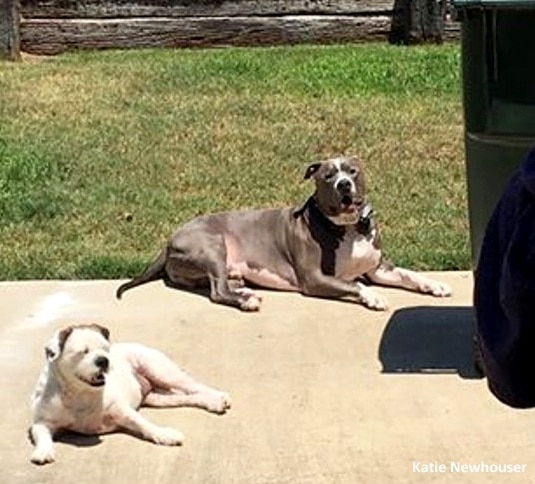 “At first it was a little sad, he would whine a bit at night. I believe that he missed Tina,” Katie explained. “He is the biggest cuddle bug that you will ever meet. There are many times when I wake up and he is resting his head on mine.” 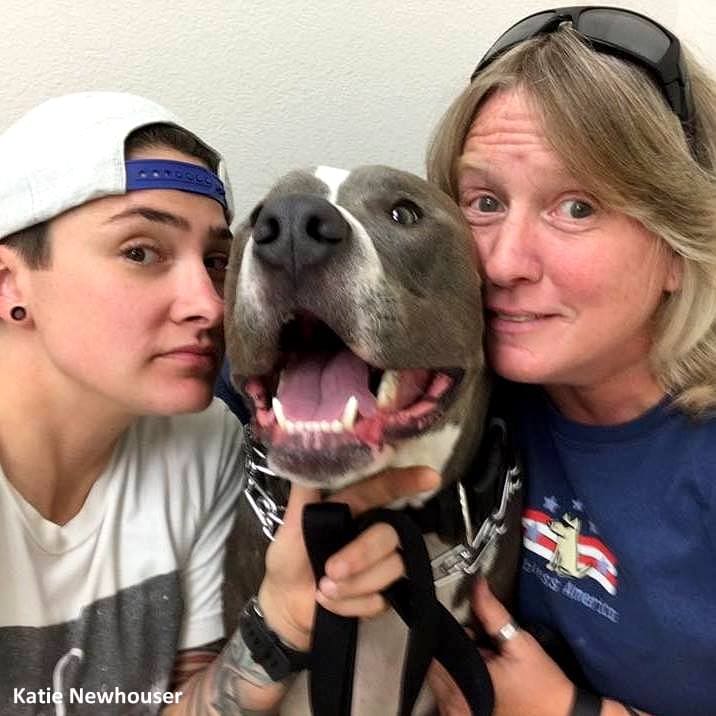 You probably didn’t know (I certainly didn’t), but there is an awesome page on Facebook called UPS DOGS.  It’s literally just all the amazing dogs UPS drivers meet while making deliveries.  Katie posted about Leo there, and her story spread like wildfire. 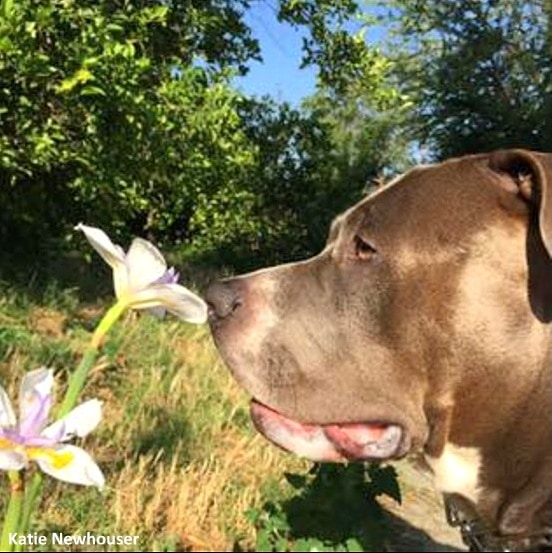 Until getting Leo, she had no idea just how bad the stigma surrounding pit bulls was, and now happily advocates for them by telling people about what a darling Leo is, and how much personality he has.

“He love to snag things off of the counter and have you chase him,” Katie said.  “He is a character! He really is the best dog.” 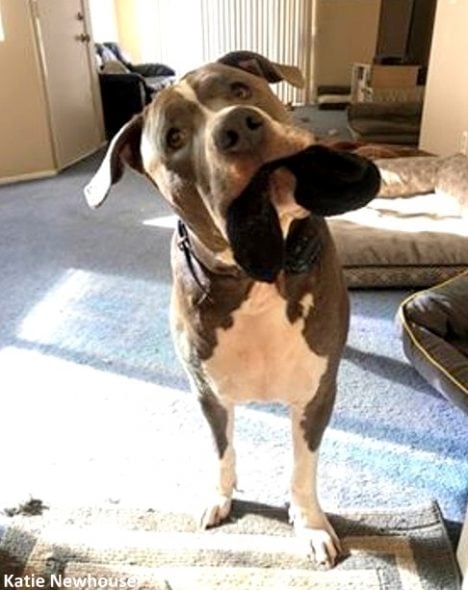 Leo is clearly no longer wearing the prong collar here.  ?