These Adorable Photos Of Baby Elephants To Brighten Up Your Day 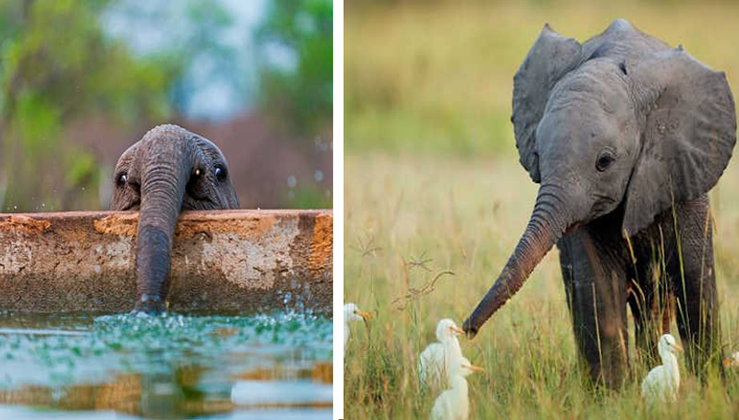 Elephants are generally known for their huge size and an amazingly friendly nature that is not only joyful but also expresses feelings and emotions like that of human beings. They have the ability to express their grief, anger, love, compassion and every other feeling in very specific ways.

Elephants, despite their voluptuous bodies, are essentially cute to look at. They are also pretty intelligent and have a quick sense of perception. They are known for their loyalty and team spirit which helps them cooperate among themselves. Talking about elephants, one cannot forget baby elephants or calves who are the cutest and prettiest of all. These little babies are about three feet tall and are known for their clumsy way of moving and handling their trunks after they are born. Often baby elephants are filmed for their amazing activities which can miraculously brighten up anyone’s bad day. Keep scrolling to see adorable baby elephants that will make you smile. 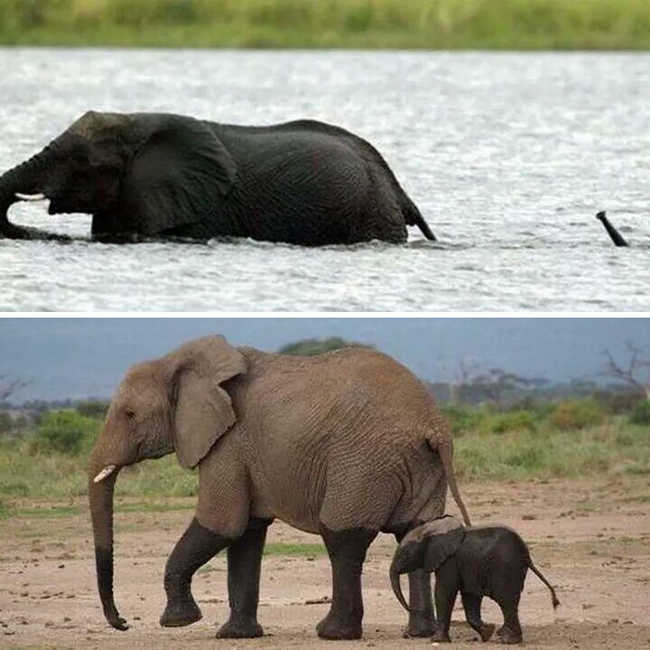 There are a few pictures that illustrate how beautiful these little fuzzy-headed baby elephants could actually be. The first picture is that of a baby elephant that is probably taking a bath along with its mother in the water. One can notice the little trunk that peeps out of the mother while quietly following the guardian. The picture also shows the clear demarcation made on the animal’s body due to it being submerged in the water. 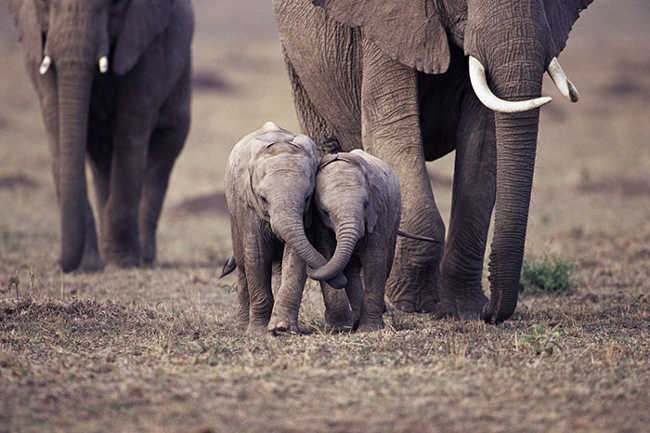 The second picture is that of two baby elephants walking together by tangling their trunks. This picture clearly depicts the love and affection between the two babies who are presumably either siblings or friends. 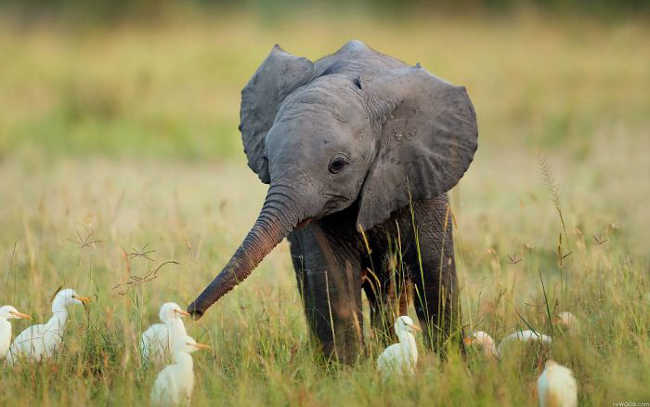 The third picture shows a calf playing in the field with little ducklings, his new friends. The picture is sure to melt the hearts of many showing how innocent and heavenly the babies look while playing and enjoying each other’s company. 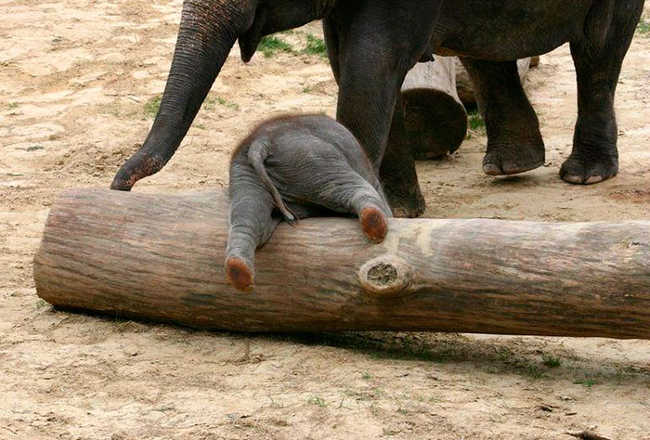 The fourth picture is of a baby who has apparently tumbled down the trunk of a tree. The picture is taken from behind, showing its cute little tush and small pink feet.

The next picture shows an elated calf, playing and enjoying in the waters. It looks adorable when it tries to shoot out water through its trunk. 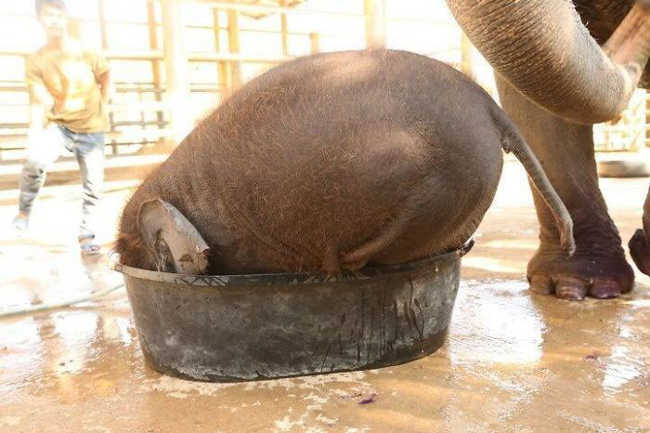 The sixth picture is the cutest of all which looks as if the baby is playing hide and seek. The calf has immersed its head and feet in a tub while only the back along with its tush and tail is visible. 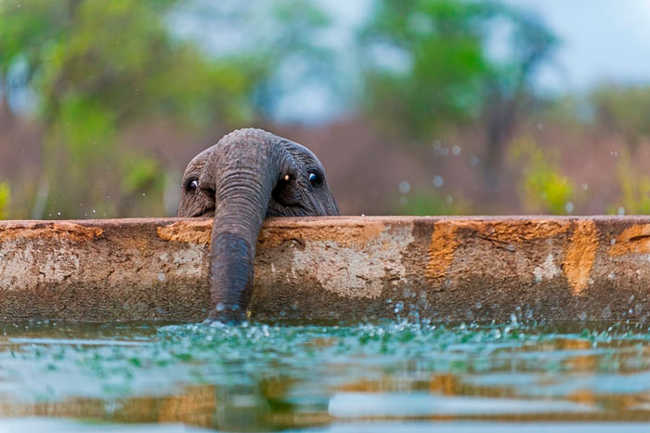 The other picture is of a baby trying to drink water through its trunk from a raised water holder. The scene looks amazingly cute and surreal. 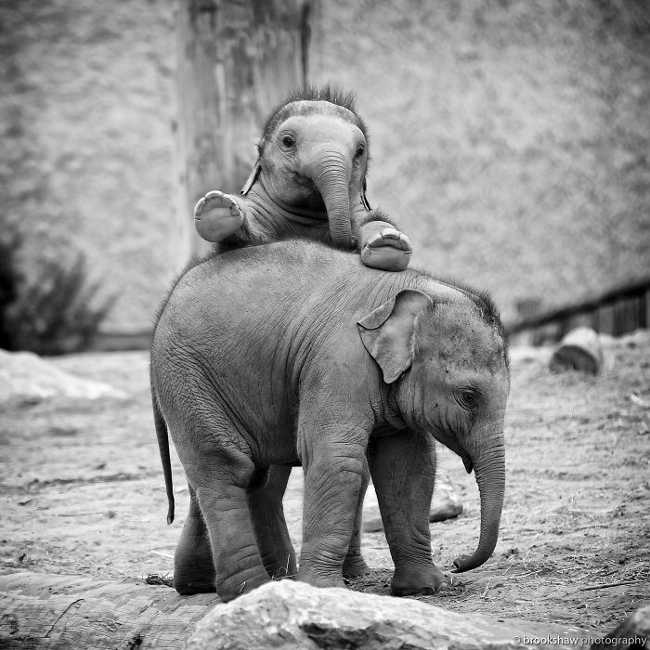 The ninth picture is that of a little calf, trying to get up on the back of another baby elephant. Both have small fuzzy hair, big lively eyes, and cute little trunks. If you like this article, please share on Facebook.

Do You Suffer From Constipation, Bloating and Gas? Here’s How to Solve the Problem in One Minute
4