Suffused With Splashes Of White And Bright Raspberry Red, Watch Out For This Birds Spontaneous ‘Irruptions’ In Migrating Season – The Purple Finch! 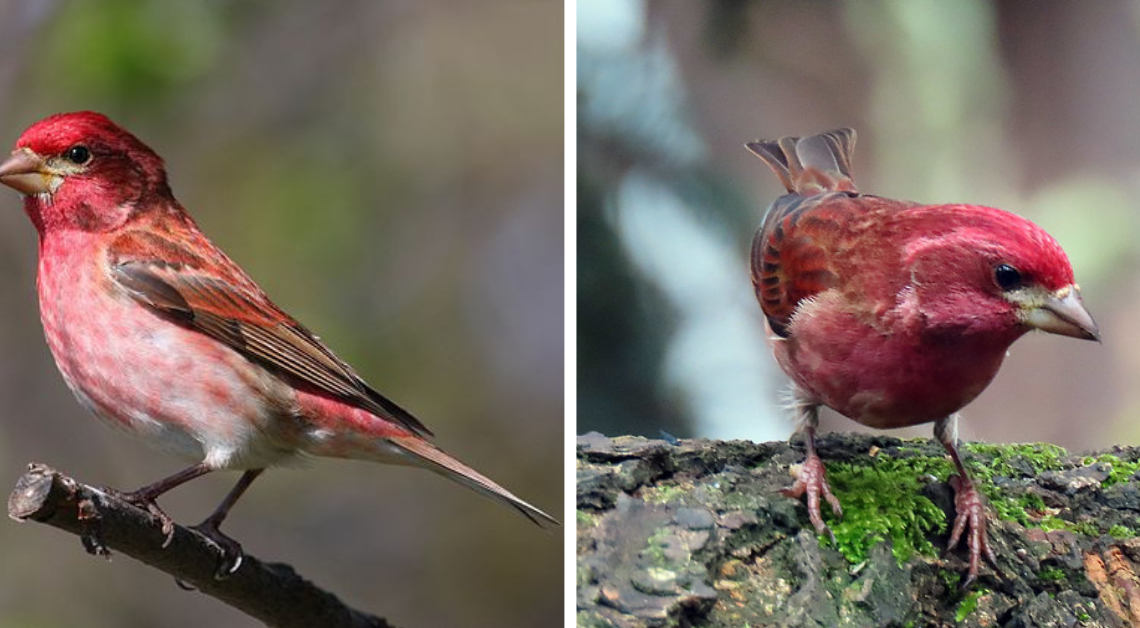 SUFFUSED IN TONES OF RASPBERRY RED, MAINLY ON HIS HEAD AND BREAST, THE PURPLE FINCH WAS ONCE DESCRIBED BY US ORNITHOLOGIST ROGER TORY PETERSON AS “A FINCH DIPPED IN RASPBERRY JUICE,” THE MALE IS A TREAT FOR ANY BIRD LOVER TO SEE.

The male us a purplish-red color on his head, upper body, and breast. His belly is splashed with light red streaks with another splash of red on his rump, being the patch above the tail and low on the back. 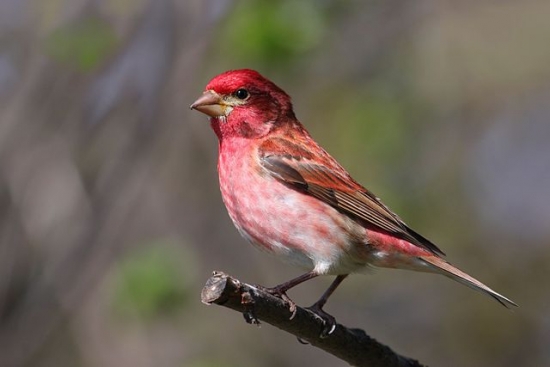 The female, meanwhile, is a streaky brown and white color, with not one single raspberry feather on her entire body. 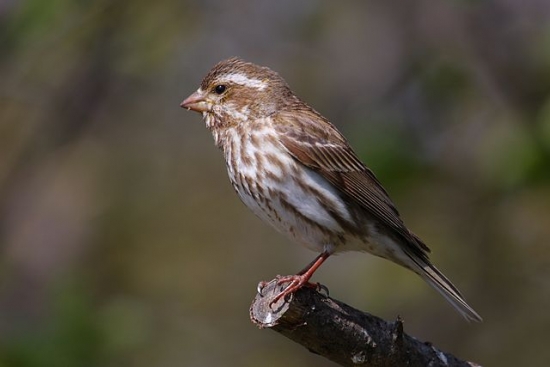 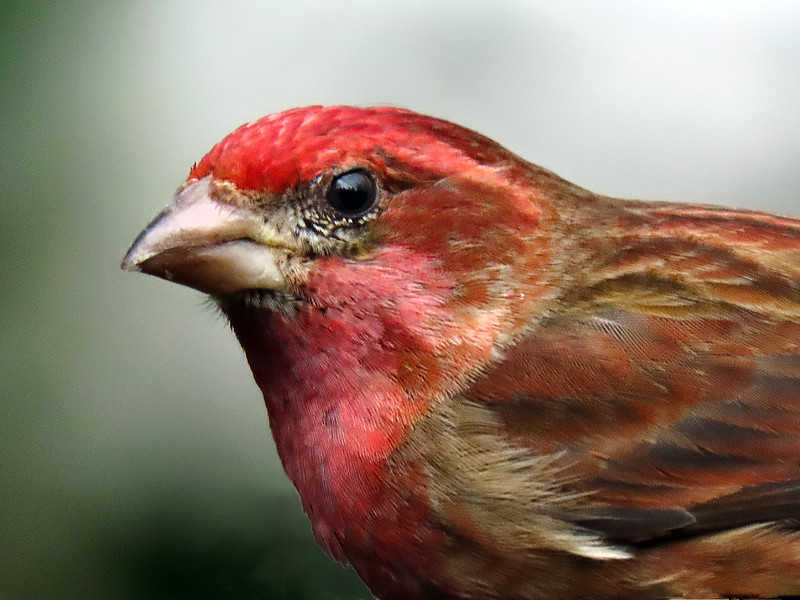 There are two subspecies of Purple Finch, one found in the east, including much of Canada, with the other subspecies living along the Pacific Coast. The Pacific subspecies tends to be somewhat less colorful than its eastern counterpart and tends to sing much faster. 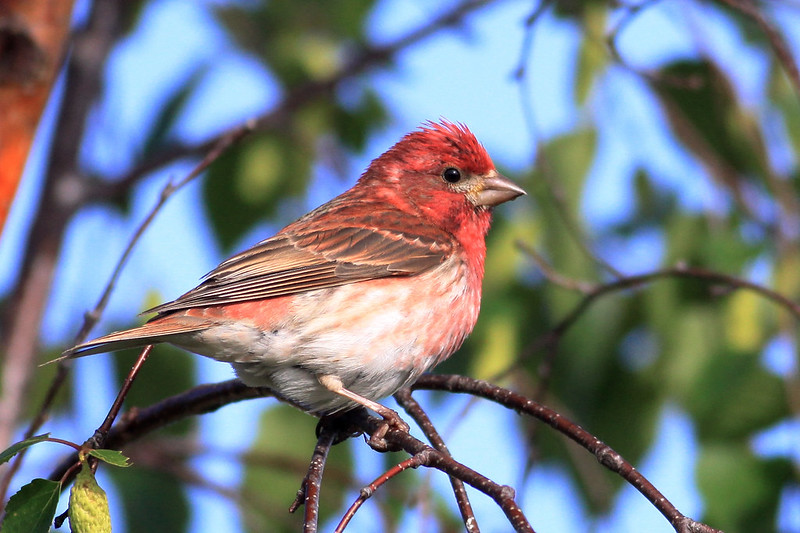 In some seasons, these birds can be seen migrating in large numbers. These movements are known as irruptions,’ and are quite different than normal migrations. It is thought these types of migrations are caused by poor conifer seed crops. A very important source of food for Purple Finches. 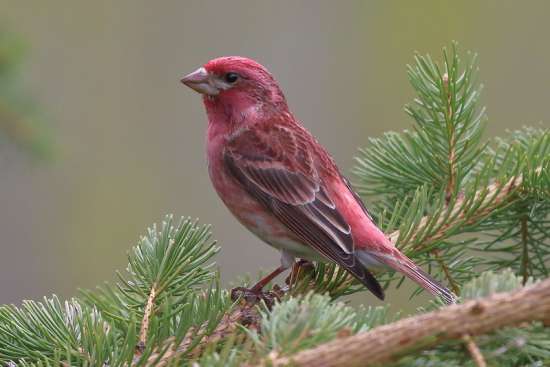 The song of the Purple Finch is quite cheery, consisting of a series of whistles. Females have a similar song that can last up to two minutes long, quite often singing from within the nest. 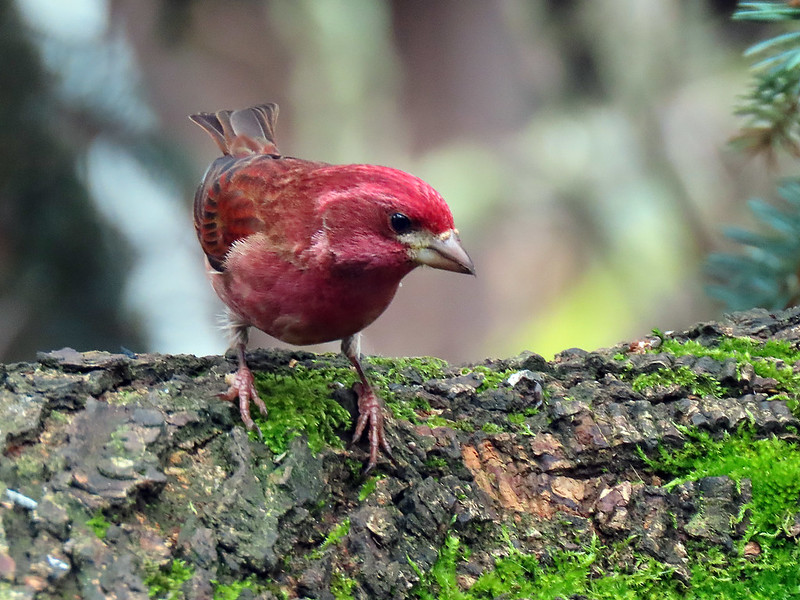