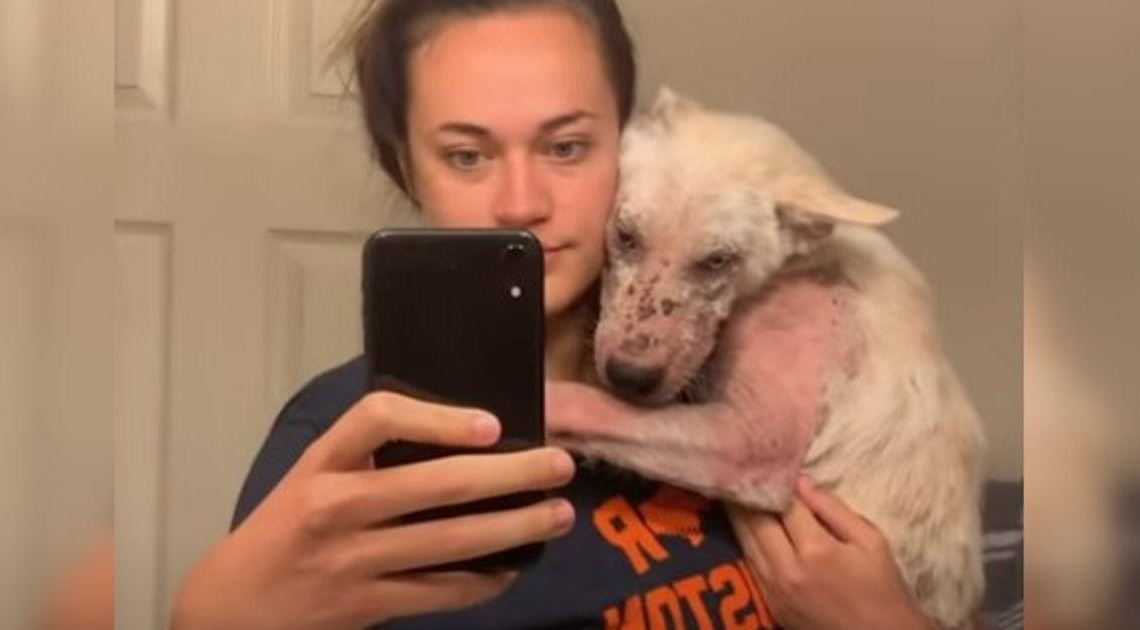 Our hearts always go out to animals in need. How many times have you seen a commercial on television regarding dogs and cats in need of rescue and felt the need to adopt every pet at the local animal shelter? There is a lot of sadness in knowing that there are many furry friends who languish in shelters without finding a forever home and even more that never make it to that point.

With the harsh reality of what happens to many animals, it is always nice to hear a story about one in need who gets a new lease on life. Yukon, a formerly stray dog from Texas, is an example of such a story. He was found in a bad way, but with support and kindness managed to trust again with the help of his foster mom. 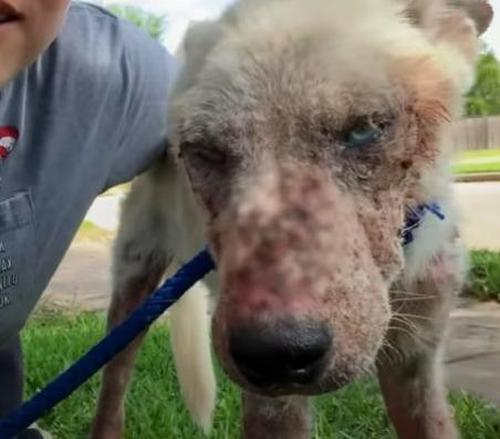 Yukon’s story starts in a sad way. He was discovered wandering the streets of Houston, Texas, and he was quite sick, as you’ll see in the below video from The Dodo. When he was found, it was thought that many people had probably mistaken him for a coyote because of his advanced mange. His condition had probably contributed to the fact that he had been left out on the street for so long. When you watch the video, it is startling to see how much hair Yukon had lost in his time on the streets. The mange had done a number on his body.

When Yukon was found, he was low energy and very sick. It is clear when you see the video that this was a dog that was at the end of his rope. He had been out on his own for weeks, perhaps even months, and he was barely hanging on. This furry friend needed a lifeline. 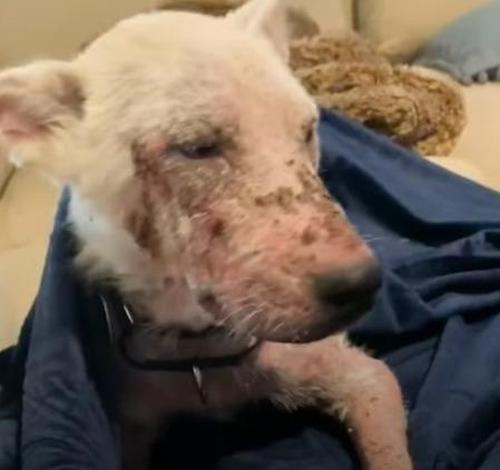 Luckily for Yukon, his saving grace was not far away. Within 24 hours, a caring foster dog mother named Caitie was available to take in the husky mix. She was determined to tend to his needs and guide him to health and happiness. Yukon came to Caitie very sick, malnourished, and defeated. It was going to take some intensive care and rehabilitation to get Yukon back to a healthy state.

In the video, Caitie states that the dog was “pitiful and scared” when he came to her. He was exhausted from all the time he had spent as a stray. Life as a stray dog often means that you don’t have any time to relax and rest. Yukon’s exhaustion was also compounded by the fact that he was fighting a pretty serious mange infection. With Caitie, the pooch was finally going to get some time to rest his weary head. 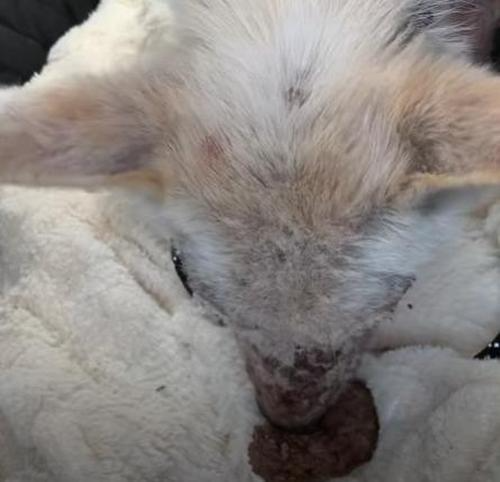 It was clear that Yukon was going to need a lot of time to recover from the hellish existence he had been living. Every huge journey begins with a tiny step. In this case, Caitie gave Yukon an unsalted meat patty as nourishment. In the video, you can see the famished dog chomping away at the tasty treat. It’s probably hard to imagine the starvation that this pup had experienced while being homeless. That meat patty was probably the best meal in his life. 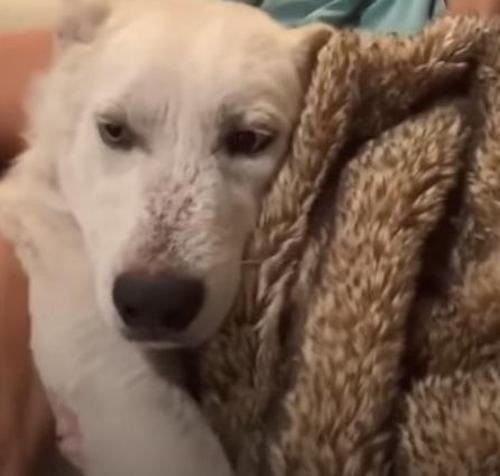 Over the next few days, Yukon began to trust Caitie. She noticed that he was quite the cuddle bug. All he wanted to do was be next to her and soak up more love. The foster mom was surprised at how trusting Yukon was considering all he had gone through. He also started to be treated for the mange and his fur slowly began to grow back. In time, Yukon started to become playful and learned to socialize with Caitie’s other dogs. He is now almost ready to find his forever home.

When you hear a story like Yukon’s, it is a reminder that there are kind people ready to lend a hand to those most in need. It is also an example of being able to overcome even the longest of odds.