STONE THE CROWS, ALMOST ONE OF A KIND, A RARE WHITE BIRD APPEARS OUT OF NOWHERE! 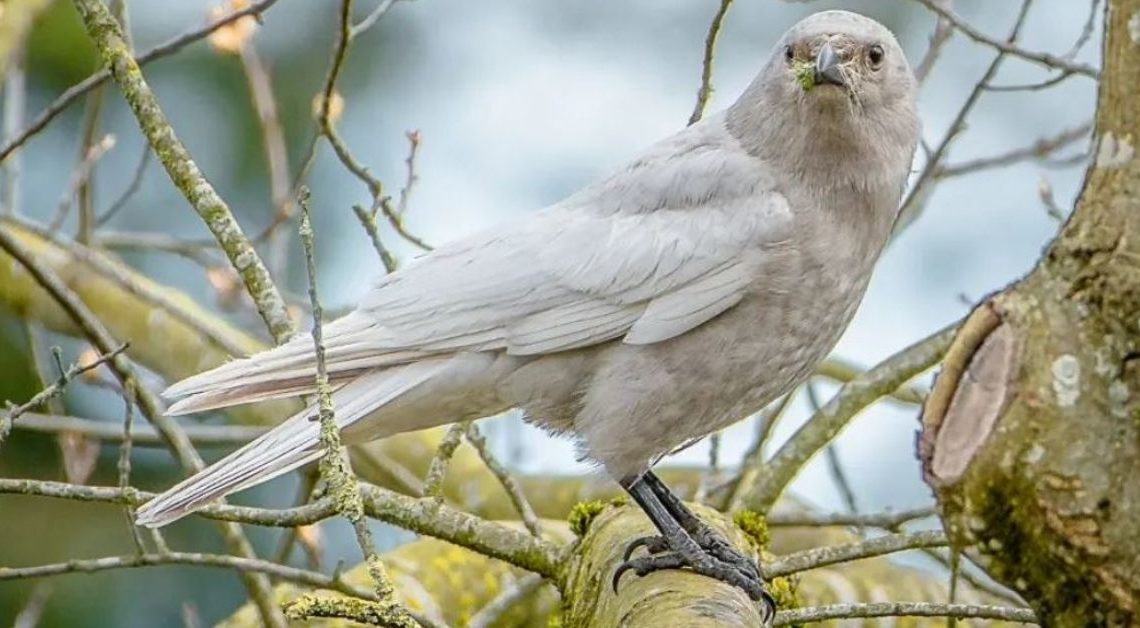 Experts estimate that the chance of seeing such a crow is probably around one in tens of thousands. Mokoi Okada, 88, first saw the crow searching for food alongside a flock of black crows in a field near his house on May 21. Since then, his luck continued as he saw the rare bird almost every evening.

“At first I didn’t think it was a crow, and thought it might be a pigeon. I was surprised,” he said.

Two albino carrion crows are currently being raised at a Niigata Prefecture facility that specializes in birds.

–Six birds who changed their suits of color for a suit of white, creating a stunning juxtaposition in contrasts!

Both have pure white bodies with red eyes. The Takasaki bird is also thought to be a carrion crow, though its head is light brown and its eyes black.

Professor Shoei Sugita of Tohto University, who is an expert on crows, told the Mainichi Shimbun, “Since the head is brown, it is not a bird that has lost melanin pigment synthesis, but perhaps an animal that turned white due to weak synthesis. I receive information on white crows once every few years.”

YOU CAN SEE A RARE WHITE CROW TAKING A BATH HERE IN THE VIDEO BELOW: