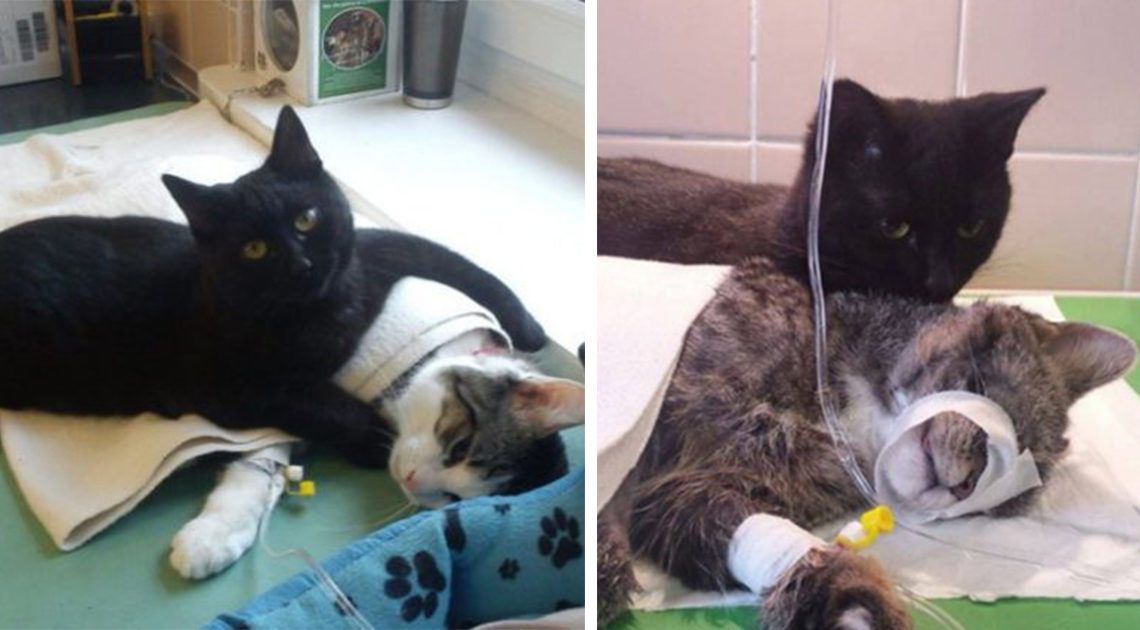 Radamenes, an angelic little black cat in Bydgoszcz, Poland, has come through hell and high water to help the animals at the veterinary center there get better. After the veterinary center brought him back from death’s door, he’s returning the favor by cuddling with, massaging and sometimes even cleaning other animals convalescing from their wounds and operations.

Radamenes has become a local attraction, and people have begun visiting him at the center for good luck! Read on for more of his story.

Radamenes, who survived a respiratory infection, now helps other animals at this Polish shelter get better He was so sick, the people who brought him thought he would have to be put down But when the vets heard him purr, they decided to save him When he miraculously got better, they were surprised to see him start hugging and cleaning other animals He was especially friendly with animals that’d had serious operations They call him their mascot I guess cats aren’t so cold after all!