Rescued Siberian Husky Was Going To Be Put Down But Everything Changed! 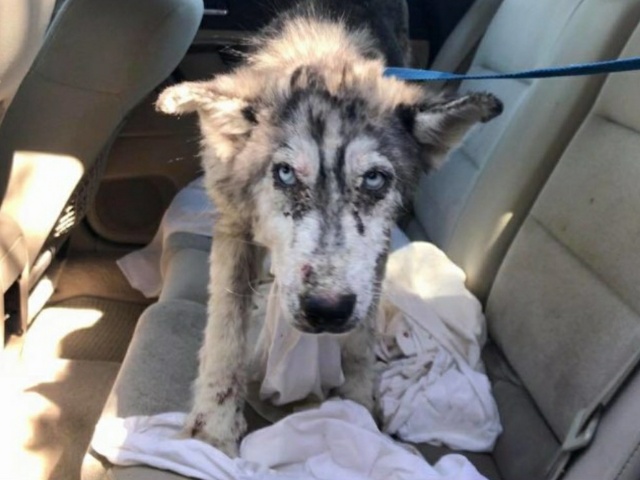 Every day it is more common to see purebred dogs wandering the streets. And it is that one might think that because they are classified as purebred dogs they should not be abandoned.

The truth is that neither purebred dogs nor non-purebred dogs should go through these horrible circumstances. They deserve to have a dignified and quality life next to people who love them.

It is not just walking with them and giving them love or taking sweet photos, it is also covering all their needs, feeding them, bathing them, being attentive to their health. That is why, when they get sick, many end up cruelly abandoning them. 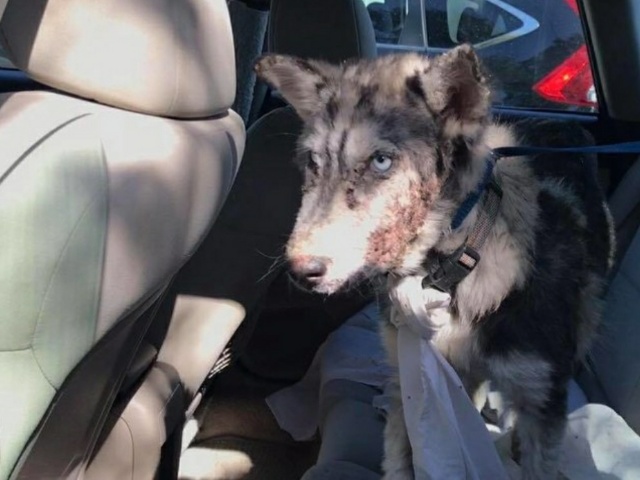 This was possibly the case of Miracle, a Siberian husky, who was found in very cruel conditions on the streets of San Bernardino, California.

Thanks to people with big hearts, such as the San Bernardino Animal Shelter they found him and took him to their shelter. Later they made a post on Facebook so that someone could take care of him.

Toby Wisnesky, CEO and founder of Leave No Paws Behind, saw the post and didn’t hesitate to do something for the sick dog.

People do not usually adopt sick animals, much less with skin diseases. 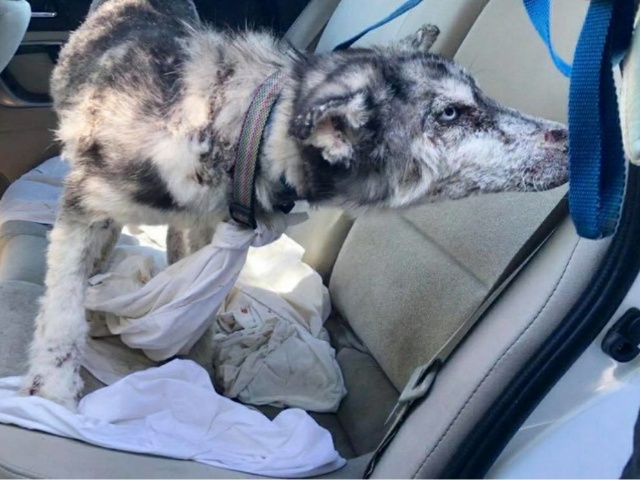 Everything seemed to indicate that Miracle the abandoned Siberian husky had mange.

Mange is a disease that seriously affects dogs and can be extremely contagious. That is why almost no one is encouraged to adopt a dog in these types of conditions, not to mention that shelters cannot keep dogs with these diseases for a long time since they could infect other animals.

So Miracle’s fate was at stake since having mange, he could be euthanized.

Toby called the shelter and was told that no one had been interested in Miracle and that if no one called, he would be euthanized that day. 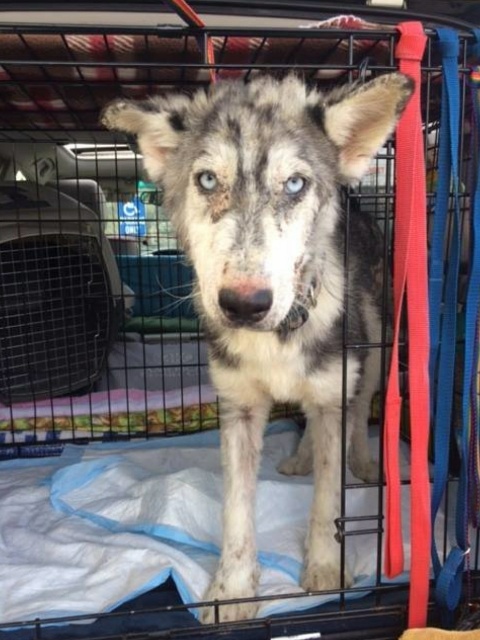 Toby immediately went looking for him and was met with the most stunning look of his life. “It seemed that he wanted to tell me something, it was as if he was wondering if this was really happening and if someone was really there to rescue him and do something for him,” said the founder of Leave No Paws Behind.

“Just remembering the moment I feel like crying, I took him and took him to the vet, when we left the shelter he was wagging his tail,” added Toby.

Later they left him in the veterinary hospital so that the doctors can offer him the best treatment and that he can heal soon. They also isolated him from other animals to avoid contagion.

The hospital staff is very fond of Miracle, as he is a very affectionate dog and grateful to his great rescuers. Sometimes, he won’t stop licking his paws and his caregivers tell him that he doesn’t have to worry about it anymore, that they will cure him. He just looks at them gratefully. 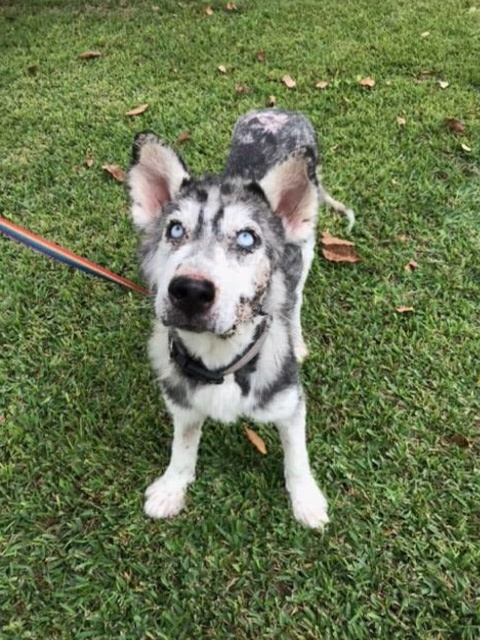