Reporter Stands In Front Of The Camera, The Horse Has The Staff In Laughter 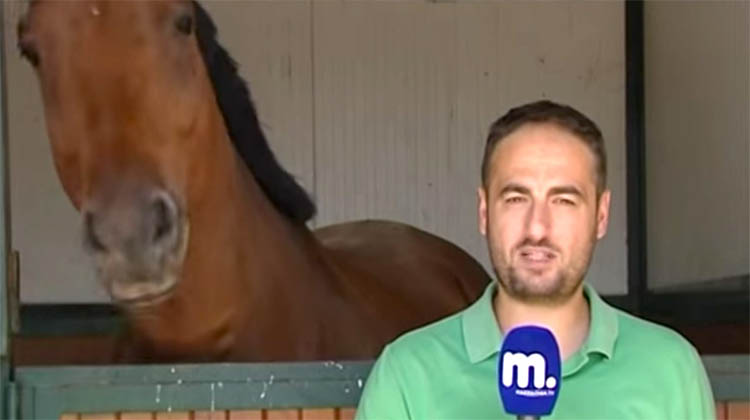 Recently, a reporter had the job to deliver news right in front of a horse. The reporter tried to keep his professionalism and do his work, but the stallion named Frankie had other plans as it seemed he was ready for his close up, so he started bugging the reporter while he tried to speak to the camera, smelling him, nibbling his ear and doing all sorts of things to get his attention.

The reporter had the coolest reaction, as he just laughed it off and even expressed he wanted to capture the moment on camera. He would try to keep a safe distance from the horse, but was not bothered by the affectionate gestures from the animal and the footage is super funny. 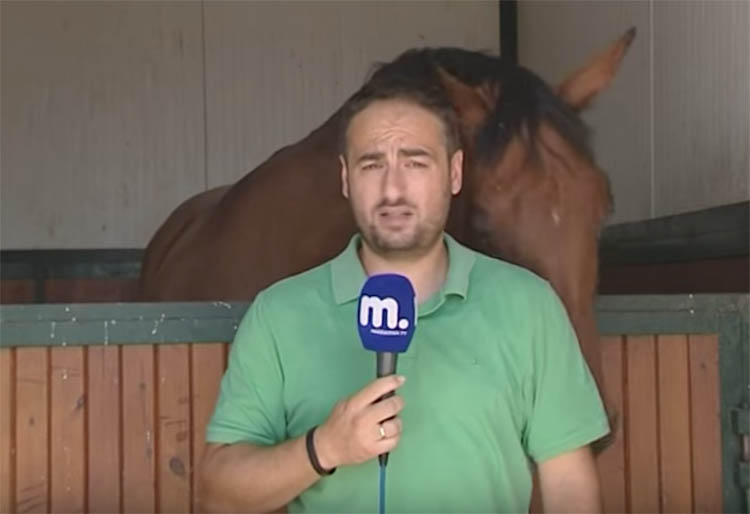 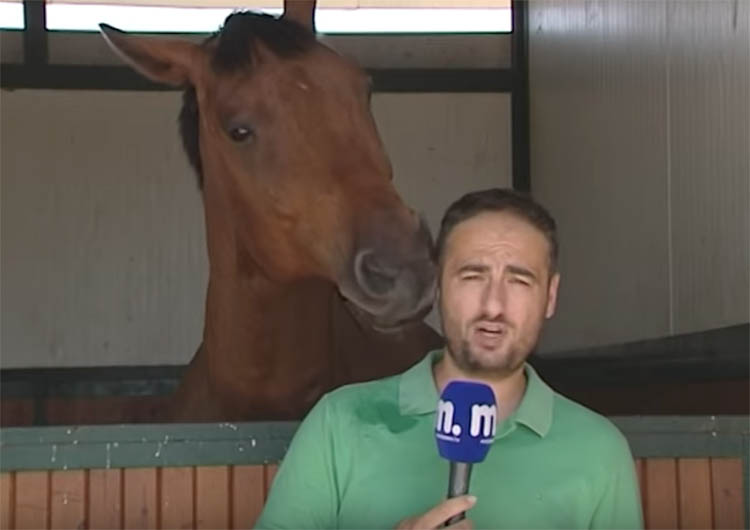