Puppy Refuses To Be Adopted Without His Food Bowl 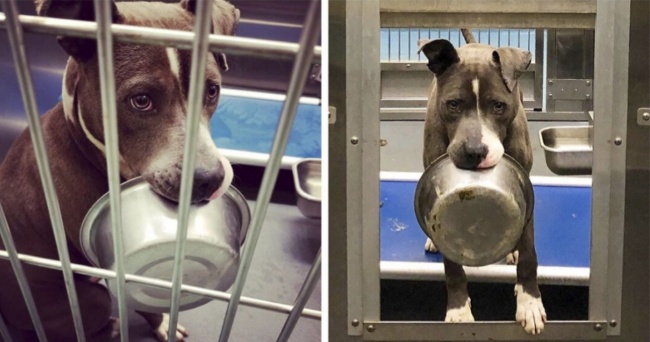 This is the story of Oliver, a beautiful little dog who loves to eat so much that he can’t even get up from his bowl. He even had to be adopted alongside him.

Oliver was a puppy who lived on the street, one day he came to the yard of a family in Memphis, Tennessee (United States). The family called animal control, and when one of the workers approached Oliver, he jumped over the fence and out of the yard, perhaps thinking it was a game.

In order not to hurt or stress him, the officers set up a trap that could capture him. They were eventually able to accomplish the task successfully and transferred him to the Memphis Animal Services shelter .

From the way Oliver  was behaving, shelter workers thought he might already have a home or someone to care for him at some point in his life. Since he is very intelligent and is fascinated by treats and food, he already knew that if he listened to the orders of the keepers and behaved well he would receive much more.

The Memphis Animal Services Community Engagement Specialist commented: “I met him the first day he came in, and he sat with me immediately before I showed him I had treats. Then, of course, as soon as the treats came out, he was even more eager to sit down. The more he got to know me, the more he pressed himself against the bars of his kennel to let me pet him.”

Since Oliver was a food lover, he started taking his bowl everywhere to get food or treats.

The first night he slept in the shelter, a supervisor walked past Oliver and noticed that he had the bowl in his mouth.

What did you do at that time? Katie comments the following:

Her cute trick was very effective because she gave him more food! Then when she moved into her permanent kennel, she kept doing it. He had the bowl in her mouth most of the time. 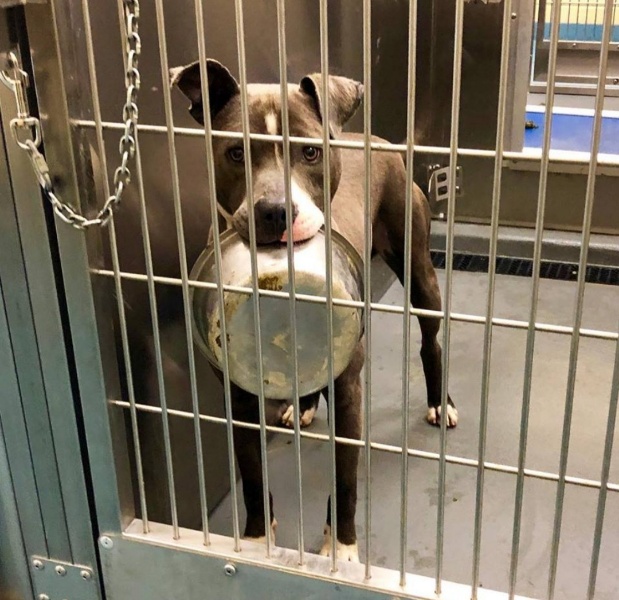 Most likely, someone taught the beautiful Oliver to carry the bowl everywhere to receive food. Or it is also possible that since he spent time on the street without food, he was now worried about running out of his plate and not receiving food. This action happens very often with dogs that have been rescued from abandonment and when they receive food they take care of it because they think they will not receive more.

Oliver continued with his habit of carrying the plate of food everywhere, this filled all the employees of the shelter with tenderness. Unfortunately, the situation began to get worse for Oliver, since he could not find anyone who wanted to adopt him.

Some shelter volunteers decided to take pictures of the dog with his bowl in his mouth  and post them on some social networks, the result was very incredible, as thousands of people wanted to adopt Oliver because they fell in love with him and his cute habit of wearing the plate everywhere.

“We wish all dogs had as many people interested in adopting them.”

This great trick of Oliver’s did not go unnoticed, as he finally found a family with whom he will spend the rest of his life. 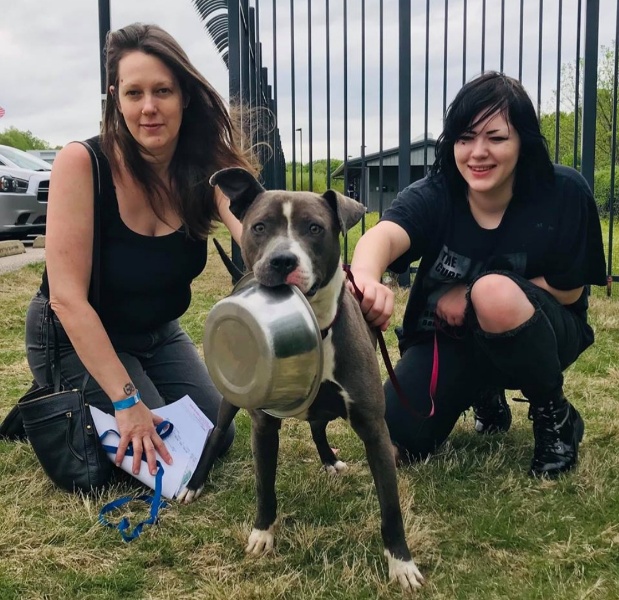 Oliver was adopted last April, and the best thing is that he was able to take his food bowl with him. This certainly made him very happy.