Prominent Golden Eyebrows And A Violet Blue Cap Stand Out Against A Veritable Rainbow Of Color -Meet The Gold-browed Chlorophonia! con 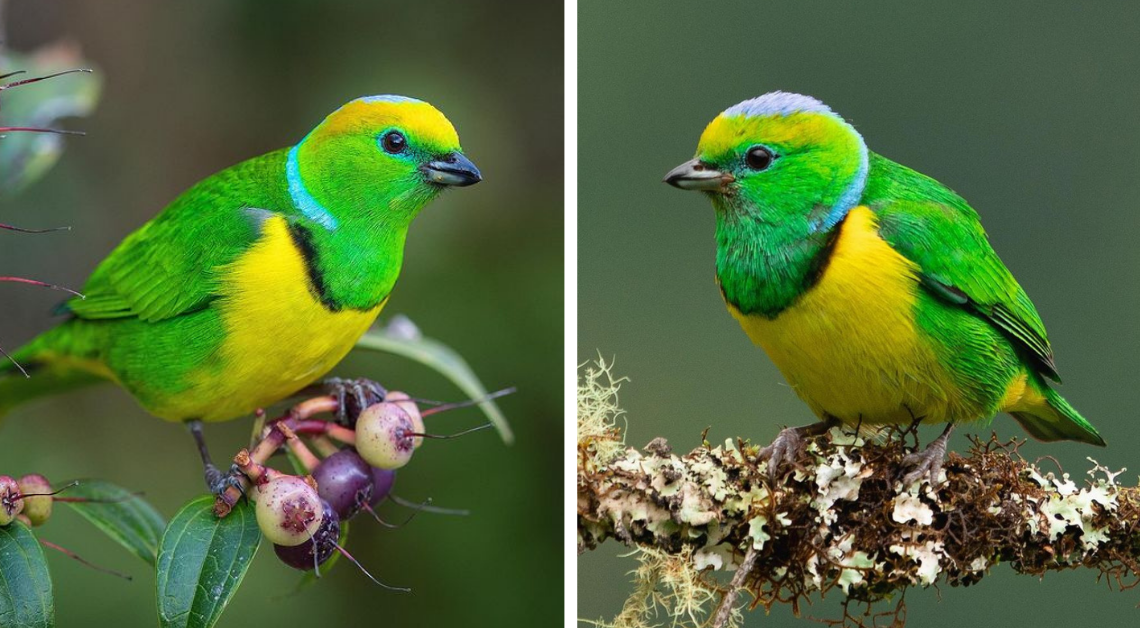 THE MALE IS BRIGHT GREEN ABOVE AND BELOW, WITH A BRIGHT YELLOW EYEBROW STRIPE AND VIOLET-BLUE CAP.

Beautiful yellow – gold eyebrows stunningly stand out against a rainbow of color, making for one of the most colorful birds in the world. 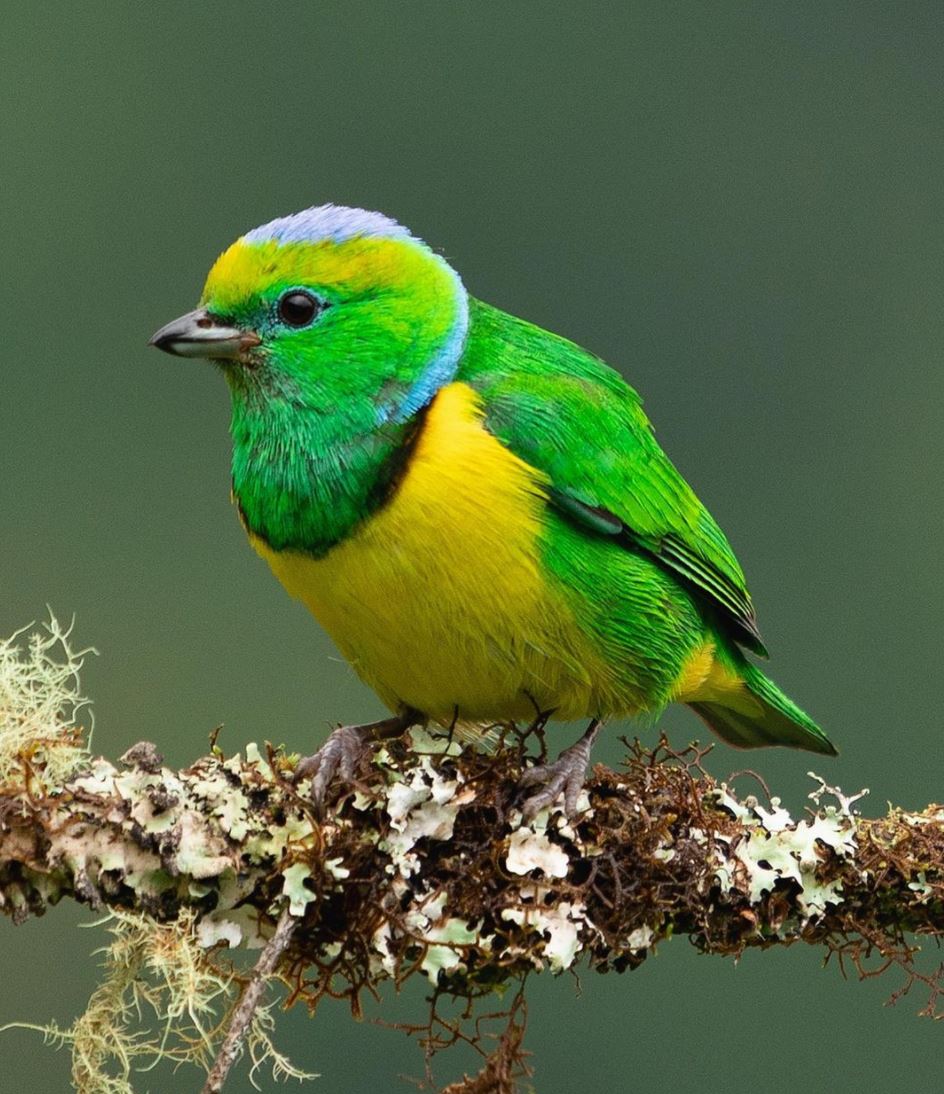 The golden-browed chlorophonia (Chlorophonia callophrys), is a species of bird in the Fringillidae family. This brightly colored bird is one of the most distinctive birds in its range. The male is bright green above and below, with a bright yellow eyebrow stripe and violet-blue cap. As well as the yellow stripe he has a blue ring around his eyes and a violet-blue cap on his head, along with a thin blue line extending halfway around the back of his neck. 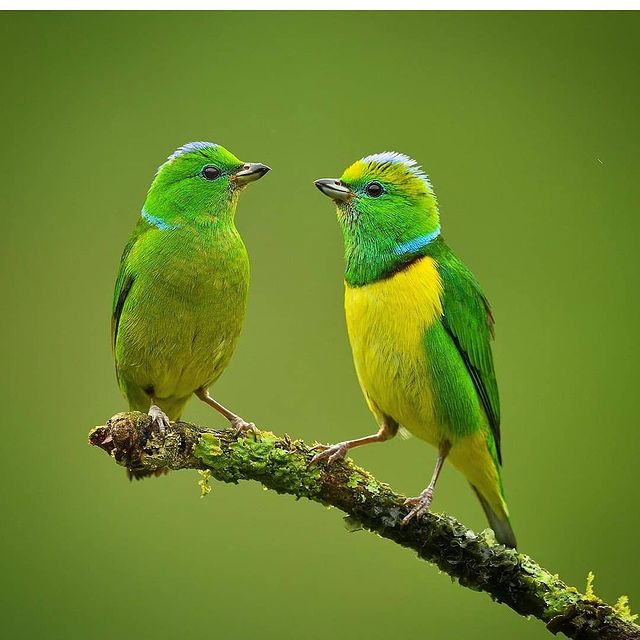 The female looks very similar to the male, though she lacks the yellow eyebrow stripe and yellow breast. 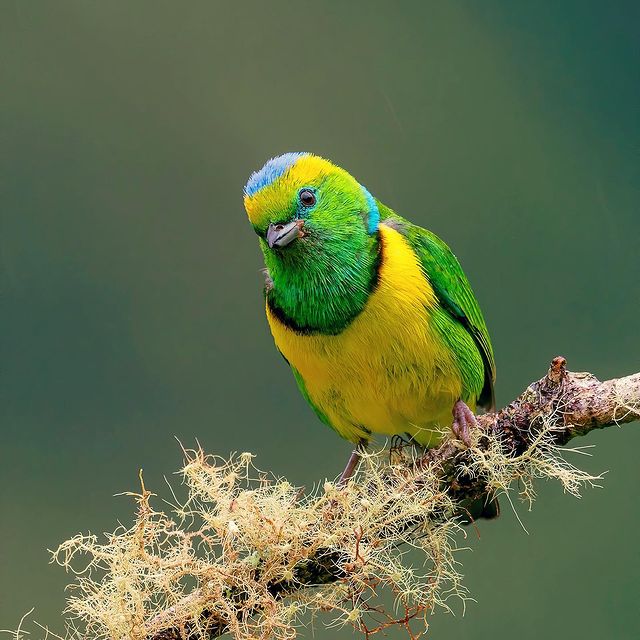 This bird is endemic to Costa Rica and Panama in subropical, and or tropical moist montane forest above 750 m (2,460 ft) elevation. 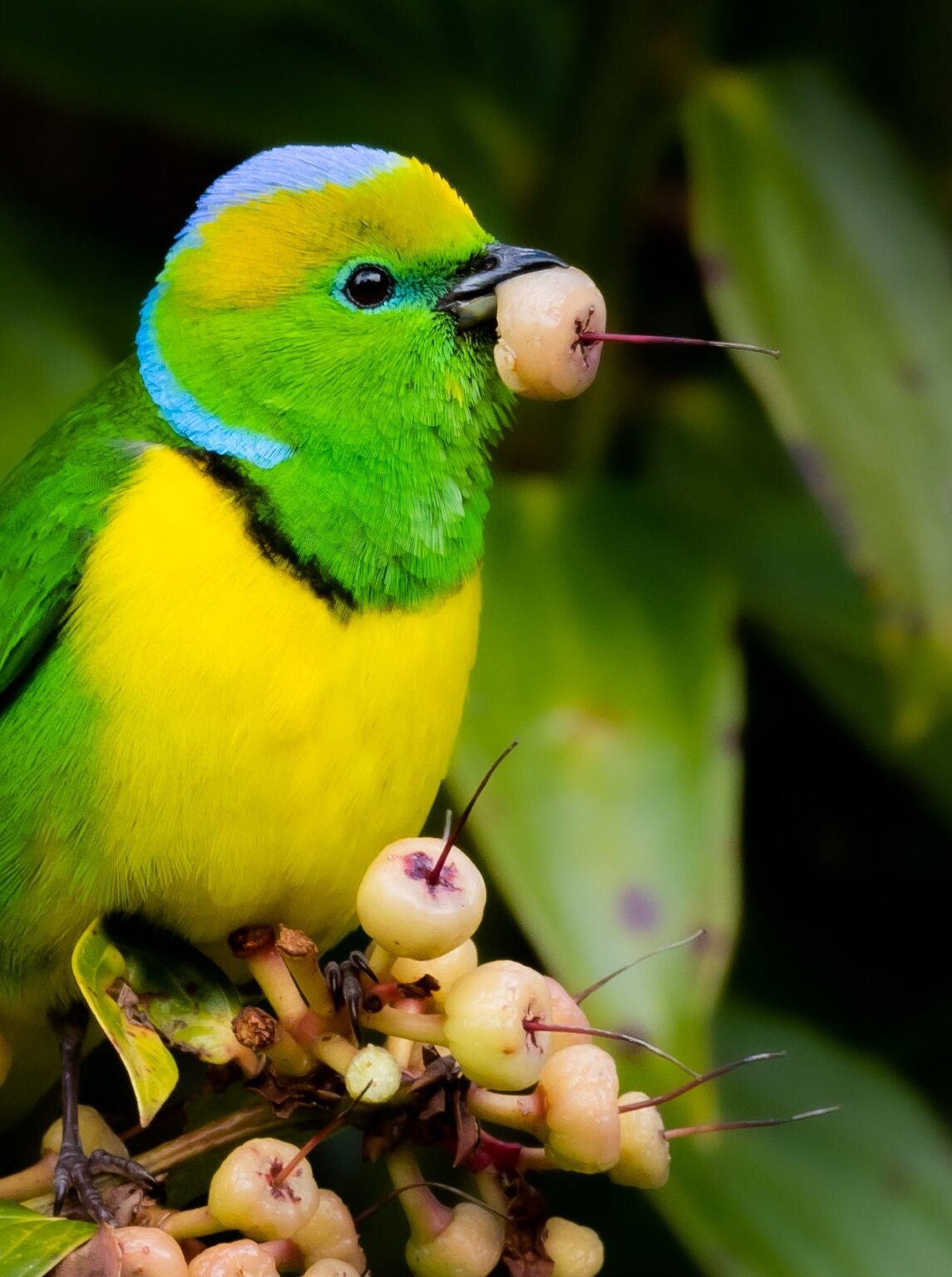 These birds are often seen around moss or bromeliads feeding on fruit, berries, and insects. 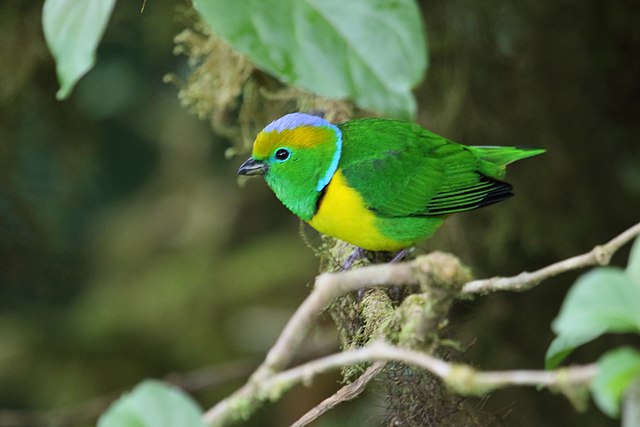 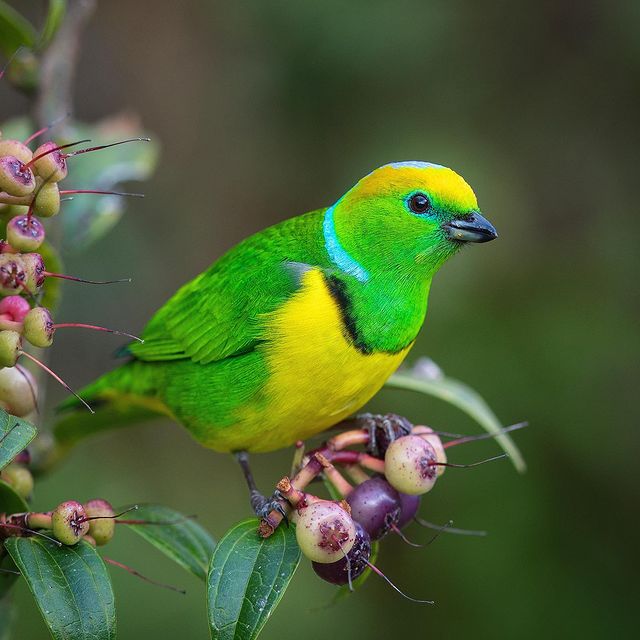 Though this bird range is restricted and numbers have fallen due to habitat loss, it is not yet considered a threatened species. 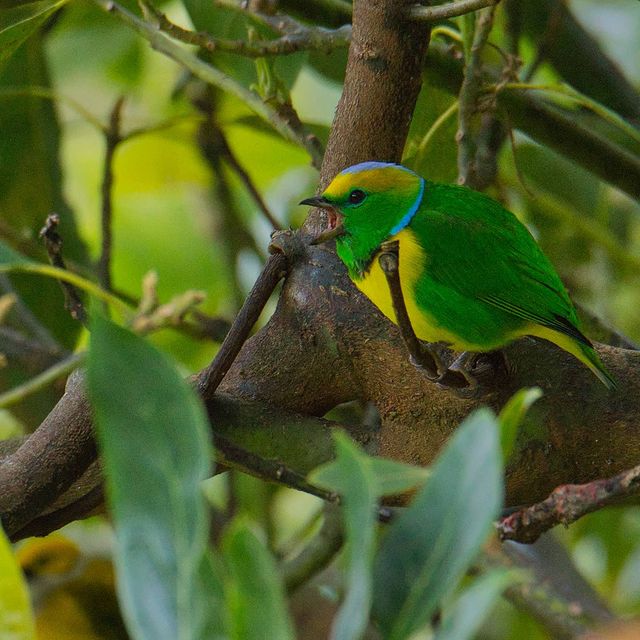