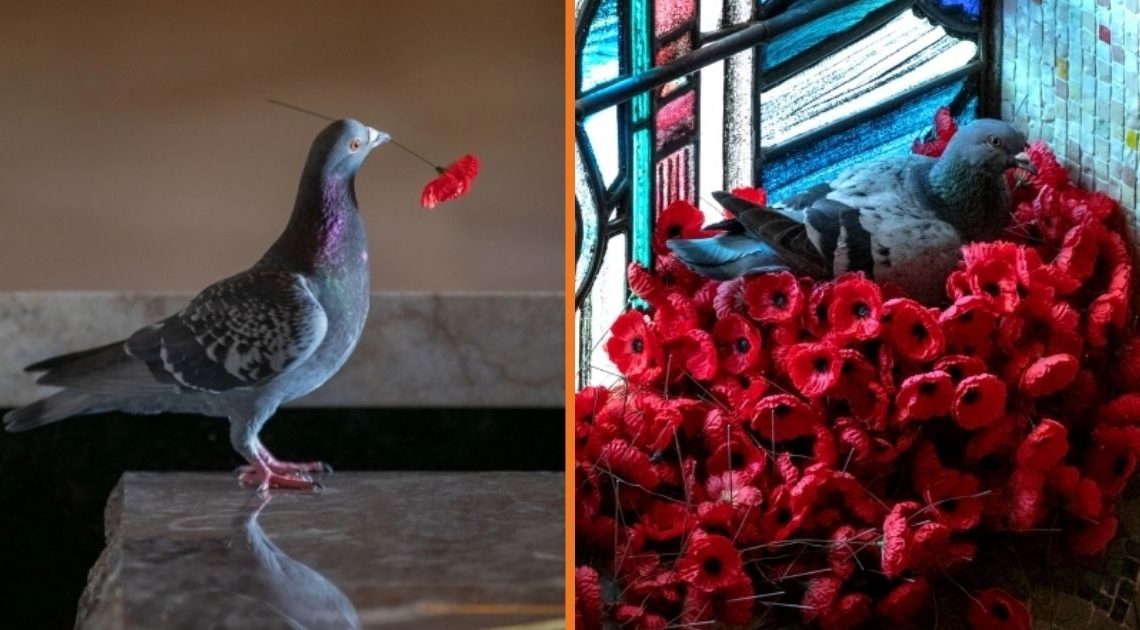 Since the beginning of October, staff at the Australian War Memorial in Canberra noticed something strange was going on

Poppies were slowly disappearing from one of the soldier’s graves at the memorial, one by one.

It took them quite a while to figure out that the culprit had in fact been a pigeon.

The clever bird picked the flowers from the tomb, to build the most beautiful nest by a stained glass window.

The war memorial told the newspaper that the bird chose one of the stained glass windows that commemorates the wounded soldier to make its beautiful nest of poppies.

It was a “reminder of the powerful bond between man and beast on the battlefield”.

Pigeons have historically been useful allies, despite the reputation that they get these days.

“Particularly in the early wars, communication is really difficult. Wireless is in its absolute infancy in the First World War and telephone wires get broken apart in the shellfire on the Western Front.”

“So pigeons are particularly of use in warfare when you’ve got a couple of men trying to get a message from where they are back to the backline.”

“A pigeon can get that through sometimes when nothing else can, ” historian Dr. Meleah Hampton said.

32 pigeons even received the PDSA Dickin Medal during WWII for displaying ‘gallantry and devotion to duty.’

One of the more memorable stories involves a pigeon named ‘White Vision’ for “delivering a message under exceptionally difficult conditions and so contributing to the rescue of an aircrew while serving with the RAF in October 194.