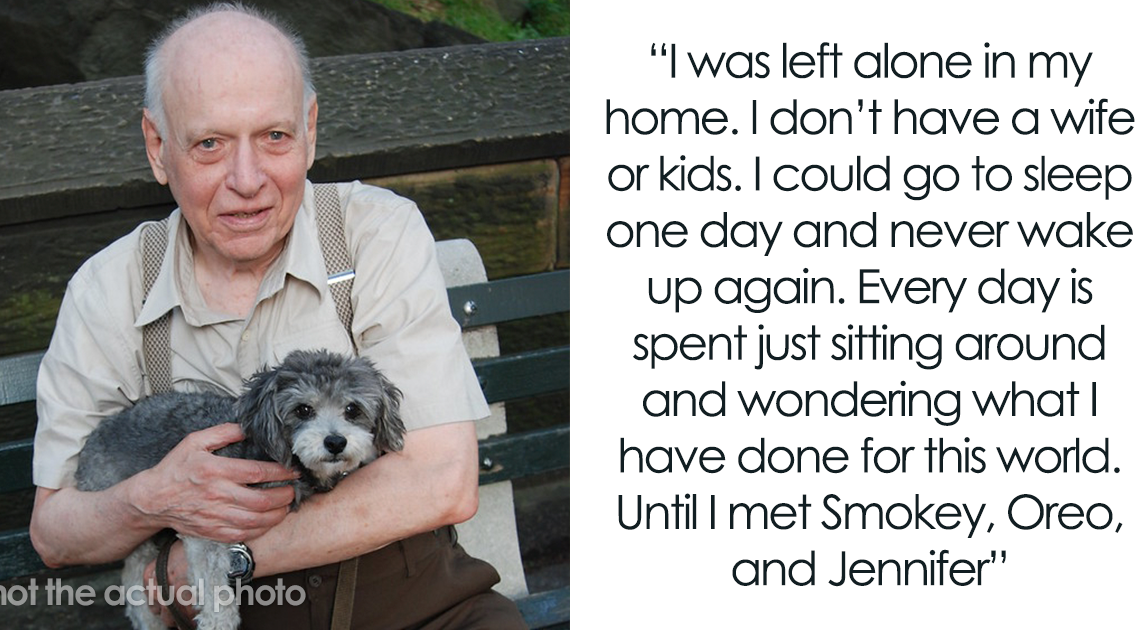 Hello, dear Pandas! It is me again bringing you wholesomeness and goodness that makes you reach for a napkin and curse at the onion ninjas. Today’s story is more of the same. An elderly neighbor sent a letter of thanks for letting him babysit some pets, as it brought him a new-found purpose in life.

The only letter I ever wrote to a neighbor was to ask them to stop playing music 24/7 as it was driving me insane. Add in a pandemic which made you work from home… You can image the torture. But she was incredibly sweet and brought in some cupcakes to apologize. The sweetness can’t be matched with the letter we’ll dive into soon enough.

But before that, dearest readers, I would like to ask you to leave your comments below, follow the writer for more wholesome stories, and upvote the story! Aight, enough of me begging, let’s get into it!

An unexpected letter was received in the mail by a neighbor, wanting to say thank you for letting him petsit 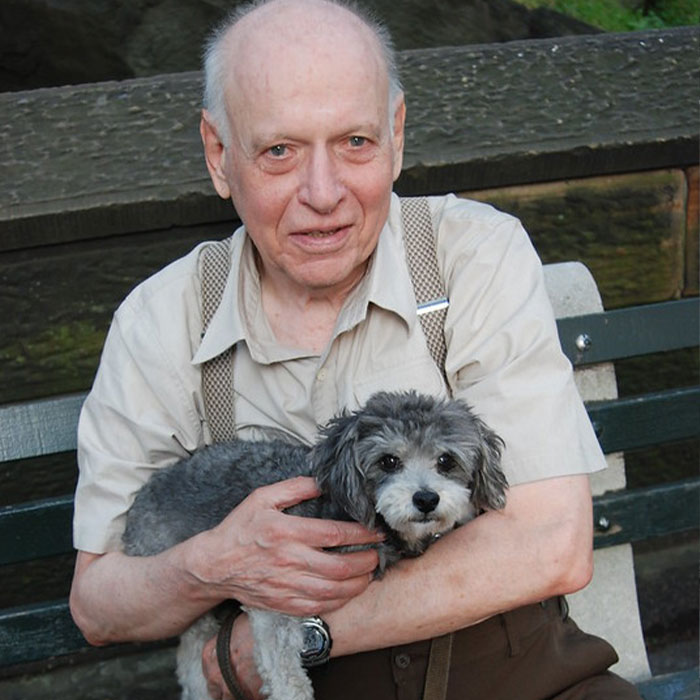 The Original Poster (OP), named SnooCupcakes8607, posted the letter they’d received in the mail on Reddit, garnering an impressive 149k upvotes on one subreddit, and an additional 37.9k on another. They captioned it, saying: “I went on a vacation 2 weeks ago, and let my neighbor babysit my pets. Shortly after I got back home, I received this letter from him in the mail that made me smile and cry. I’d like to share it here.”

The letter was written in quite a formal tone, though the message was incredibly heartwarming, and it began with the man, named Robert, saying thanks for letting him babysit two of OP’s dogs, Smokey and Jennifer, and their cat Oreo. One name is not like the others, but we carry on.

The man, whose name is Robert, told his neighbor how lonely he’d gotten over the years, barely leaving the house due to his old age 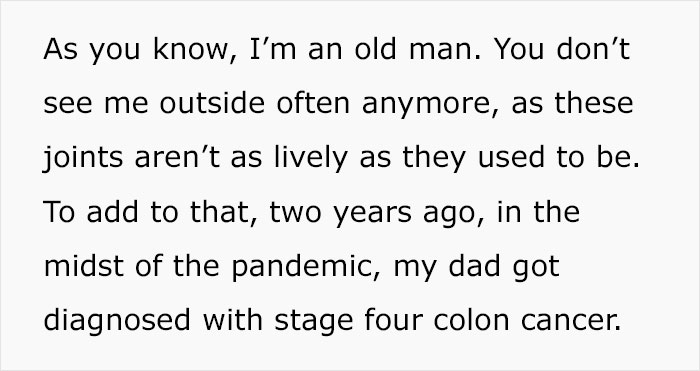 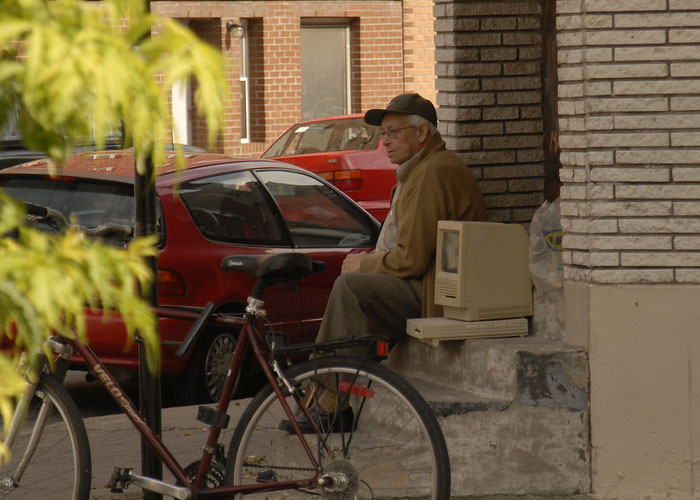 Robert explained that at his old age, he’d been staying indoors most of the time, finding it a bit of a chore to go out as joint pains settled in. Alongside it, he’d lost his father to colon cancer, leaving him completely alone.

With no children or partner alongside him, or anyone else to keep him company, he’d retreated within himself, gloomy thoughts becoming commonplace in his mind. Loneliness, stagnancy, and existential thoughts engulfed him, until one day the clouds cleared up as he was asked to babysit some dogs and a cat.

The lively pets were the opposite of everything else that the man’s world had become. Full of energy and excitement for the day ahead, they managed to bring the man out of his shell and into the sunshine; quite literally! From having to wake up early and take them on walks to laughing at the pets’ shenanigans and enjoying their company, it seemed as though his life hit a ‘restart’ button.

Loneliness and negative thoughts engulfed him, until one day he was asked to babysit some dogs and a cat, which turned his life around 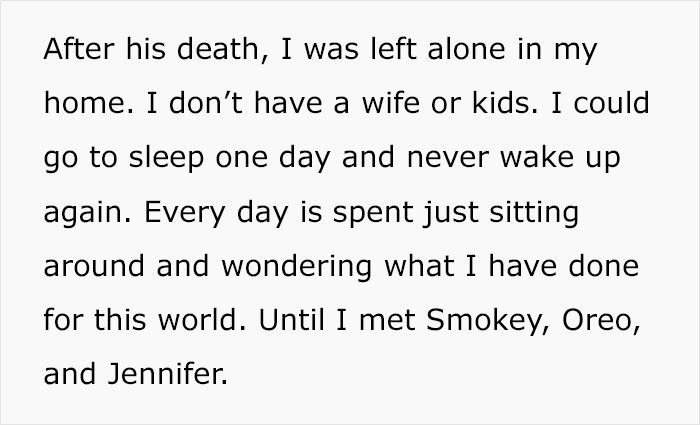 The highlight of their time together was the walk to the park, where he made some new friends and got to spend a lot of time outdoors 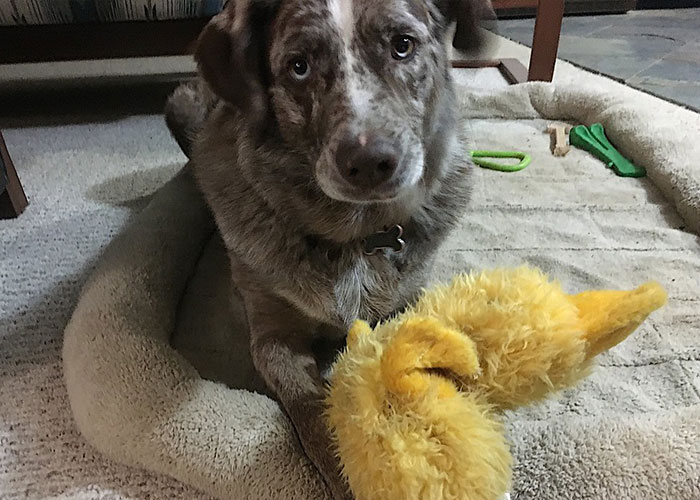 He highlighted the time they went to the park. It was the first time in a long while that he’d spent so much time outdoors, even making some friends along the way. Social interaction is incredibly important to us as human beings and it was clear that the man had missed out on it for far too long.

Robert had once again found purpose in his life. Not long since the babysitting ended, he’s adopted two dogs of his own, continuing to enjoy his walks to the park, the chats with new-found friends and the beautiful joy puppies can bring. He finished the letter with a grateful “thank you very much”, also jokingly advising the OP to mow their lawn. Way to end on a high note, eh? 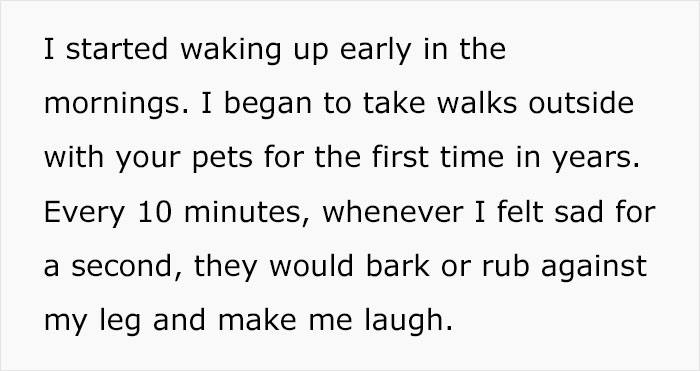 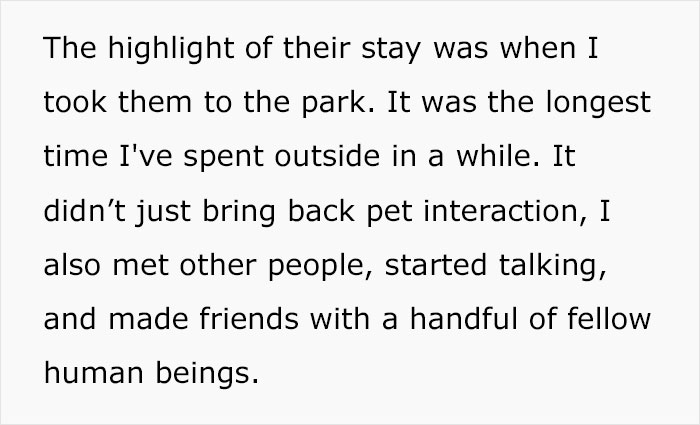 The relationship between loneliness and social isolation is a complex one, both leading to a poorer quality of life, but once the cycle is broken, the benefits are obvious 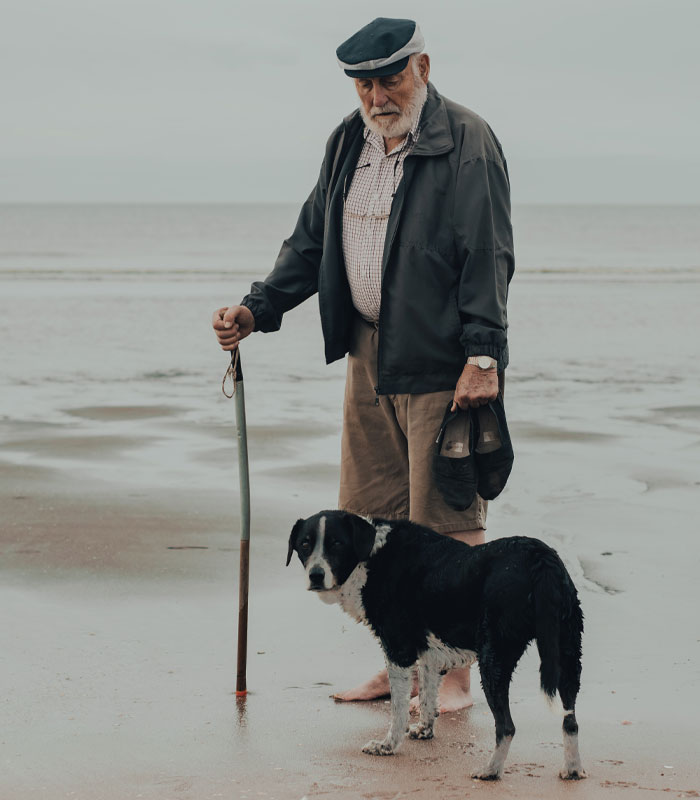 As heartwarming as this story is, it does lead to the discussion about our purpose in life and how, as we age, we seem to believe that we’ve lived our all and that there’s not much to look forward to anymore. But even though these thoughts can occur at any stage in life, it’s simply not true – there’s always more to life.

According to The National Institute of Aging (NIA), social isolation and loneliness do not always coincide, as about 13.8 million older people in the United States live alone, but many of them are not lonely or socially isolated.

At the same time, some people feel lonely despite being surrounded by family and friends. However, research has linked social isolation and loneliness to higher risks for a variety of physical and mental conditions: high blood pressure, heart disease, obesity, a weakened immune system, anxiety, depression, cognitive decline, Alzheimer’s disease, and even death. 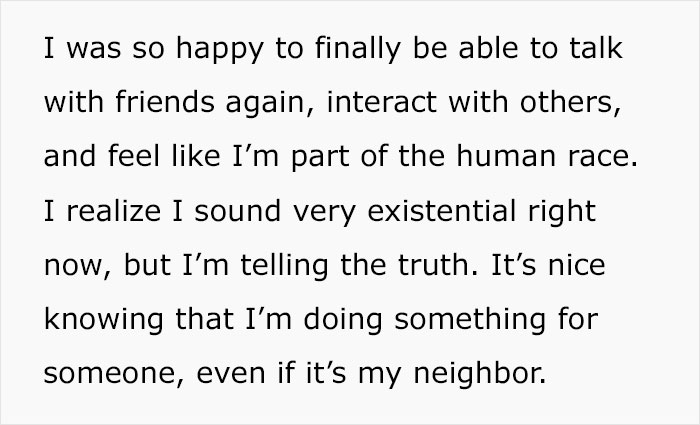 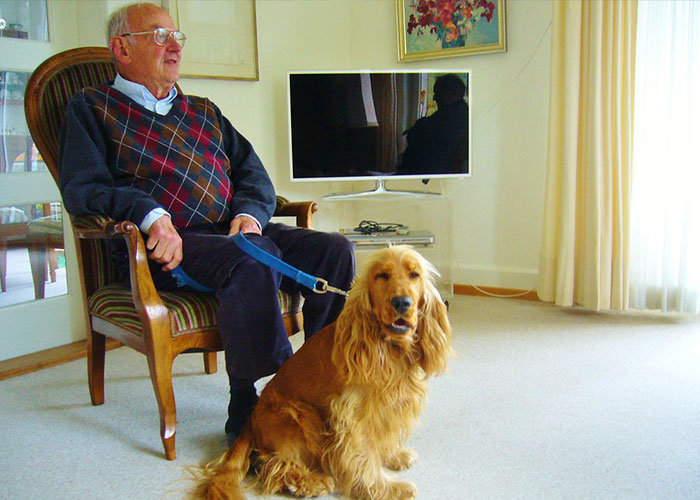 The NHS explains that people can become socially isolated for a variety of reasons, such as getting older or weaker, no longer being the hub of their family, leaving the workplace, the deaths of spouses and friends, or through disability or illness.

Whatever the cause, it’s shockingly easy to be left feeling alone and vulnerable, which can lead to depression and a serious decline in physical health and wellbeing. Someone who’s lonely probably also finds it hard to reach out. There’s a stigma surrounding loneliness, and older people tend not to ask for help because they have too much pride.

So what can be done to prevent it or help us get out of the grasp of loneliness? The Columbia Mailman School of Public Health suggested more co-housing communities to be arranged for seniors, and mentioned in particular an intergenerational tutoring program to “address one dimension of loneliness: the need to be a contributor to the public good and have a role in a community with meaning and purpose.”

He ended the letter with a gracious ‘thank you’ and a cheeky jab at his neighbor’s lawn, telling them to mow it

If anything adds a sense of purpose and companionship, it’s a pet. From lower stress hormone levels to decreasing loneliness, pets can help us out a lot 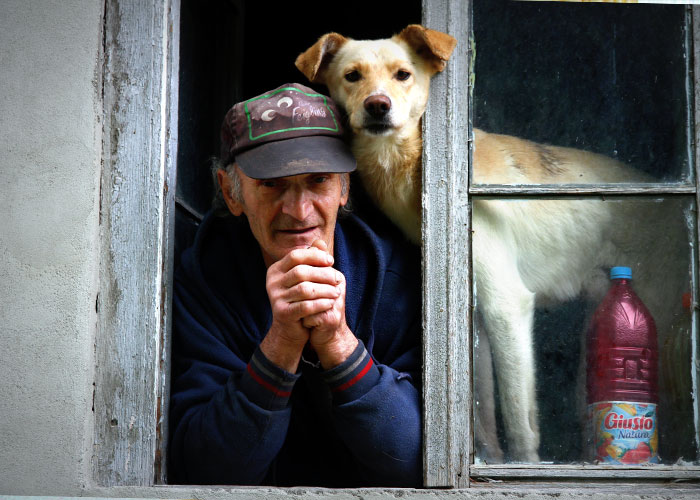 Meaning, purpose, and community. The keywords necessary for each stage of life. And what can provide all three? A pet! There’s so many benefits to having a four-legged companion, or a no-legged companion (no discrimination against fish here) and, if the pet is adopted rather than bought, it gives a new lease on life for the animal as well!

As stated by News In Health, interacting with animals has been shown to decrease levels of cortisol (a stress-related hormone) and lower blood pressure, with other studies finding that animals can reduce loneliness, increase feelings of social support, and boost your mood.

Animal Friends detailed the benefits of having a pet in a comprehensive list that Robert could confirm. They keep you fit? Check. Make sure you’re never lonely? Check. Help you make friends? Triple check! But alongside all of that, they keep you safe and bring a purpose to everyday life.

Just make sure you’re able to care for them before committing to one! We wish Robert and his neighbor all the best and hope to hear more happy stories in the future 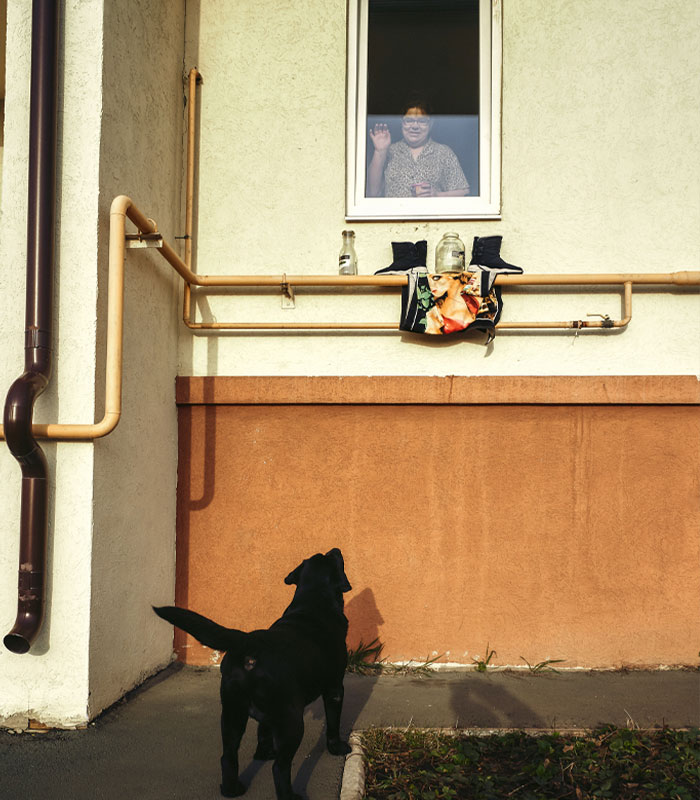 Does that mean you should run off to your nearest shelter and get a pet if you’re feeling lonely? I mean, it’s not a bad idea, but do consider the fact that a pet is a big responsibility for at least the next 10-15 years of your life and that they require exercise and food, too. So double check the finances and try to imagine the next decade of your life and THEN run to the shelter or rescue if you’ve not found any reason why you shouldn’t own a companion animal.

We wish Robert and the OP all the best and hope that they’ll be walking their pets together from now on. We’ve also reached out to see whether we can get some pictures of Smokey, Oreo, and Jennifer, so we’ll keep waiting for that.

Let us know what you thought of the story in the comments below and I shall wish you a beautiful day or evening!

People have shared their stories and opinions. What were your thoughts? Have a similar story? Let us know in the comments! 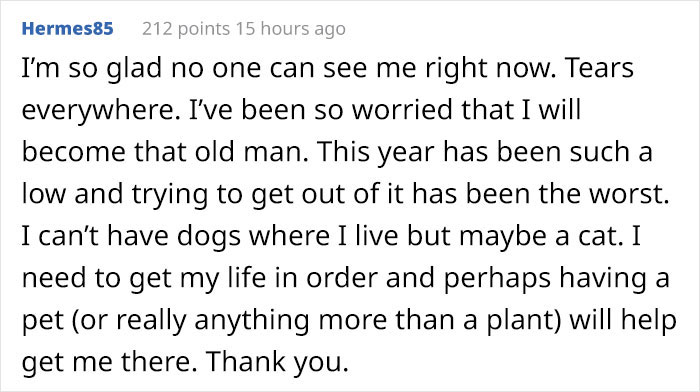