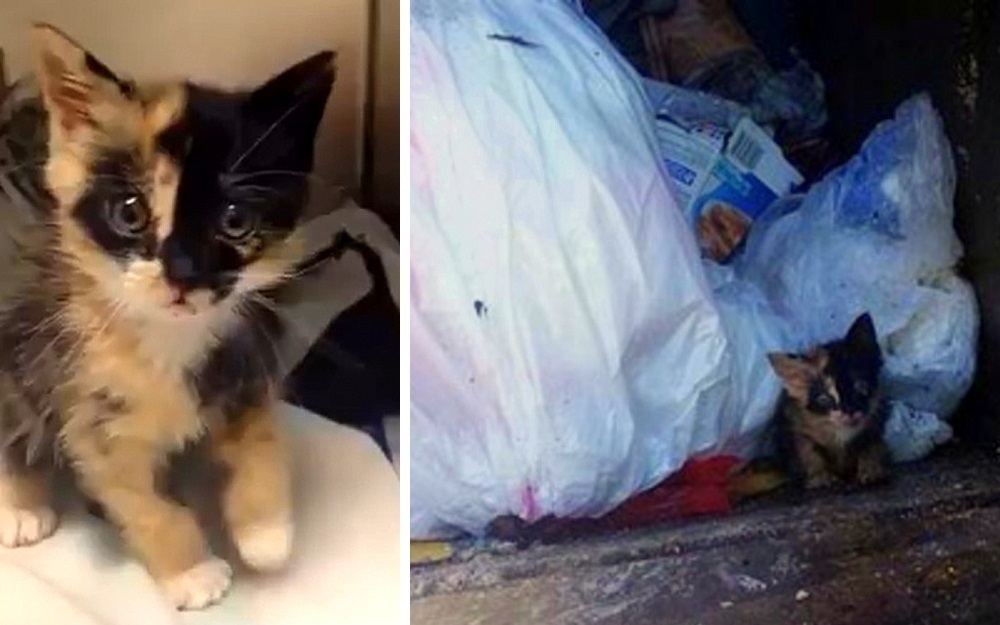 A sanitation worker named Mark was picking up trash from his usual route when he noticed something disturbing, writes ilovemydogsomuch

While emptying one of the trash cans, he spotted an unnatural movement in a tightly sealed plastic bag. He quickly tore the bag open, and was horrified to find a suffocating Calico kitten gasping for air.

Without wasting another second, Mark, who works for the Upper Darby Township Sanitation Department, rescued the kitten and took her to Animal Control. The kitten was named “Grundgetta”, and transferred to Pennsylvania’s Providence Animal Center for further care.

After a vet assessment, Grundgetta was found to be heavily weakened. She was estimated to be around 3-4 weeks old, and had to be bottle fed for the first few weeks. Soon, she was placed with a wonderful foster parent, who helped her get healthy and strong. Despite being tossed away like trash, Grundgetta blossomed into the sweetest kitten who adored anyone willing to cuddle with her!

It was only a matter of time that Grundgetta found her forever home. Her new mom, Sabrina, is totally enchanted by her innocent eyes and comforting personality. The wee love bug has been rechristened as “Agatha”. Needless to say, she is no longer a “worthless piece of trash”, but someone’s much cherished treasure!

Click the video below to watch how a conscientious sanitation worker saved the life of a helpless discarded kitten.