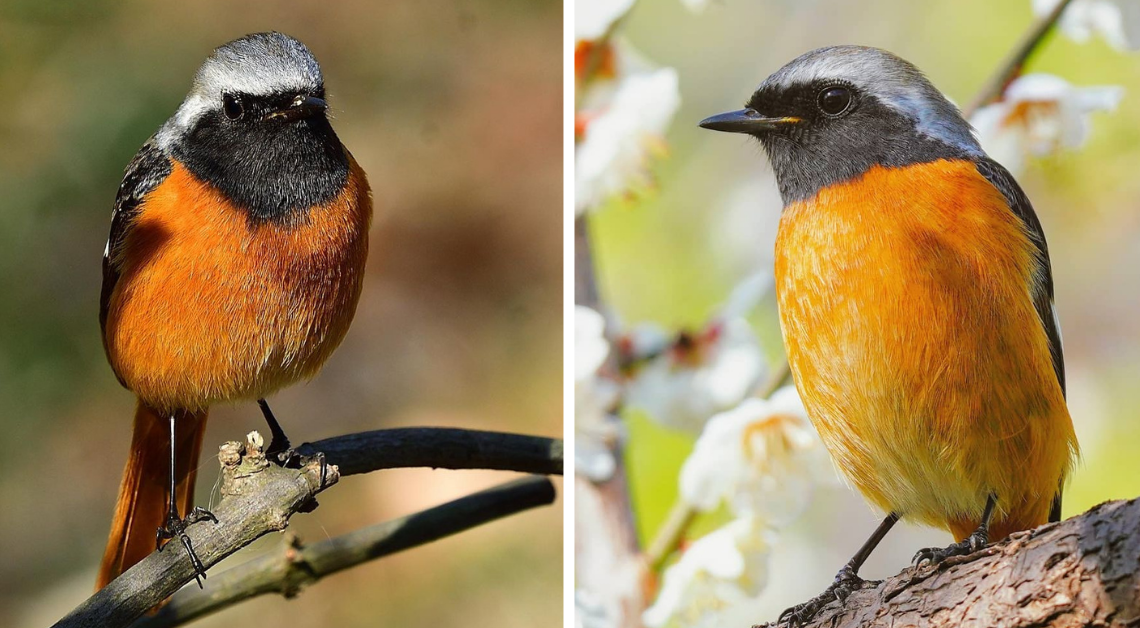 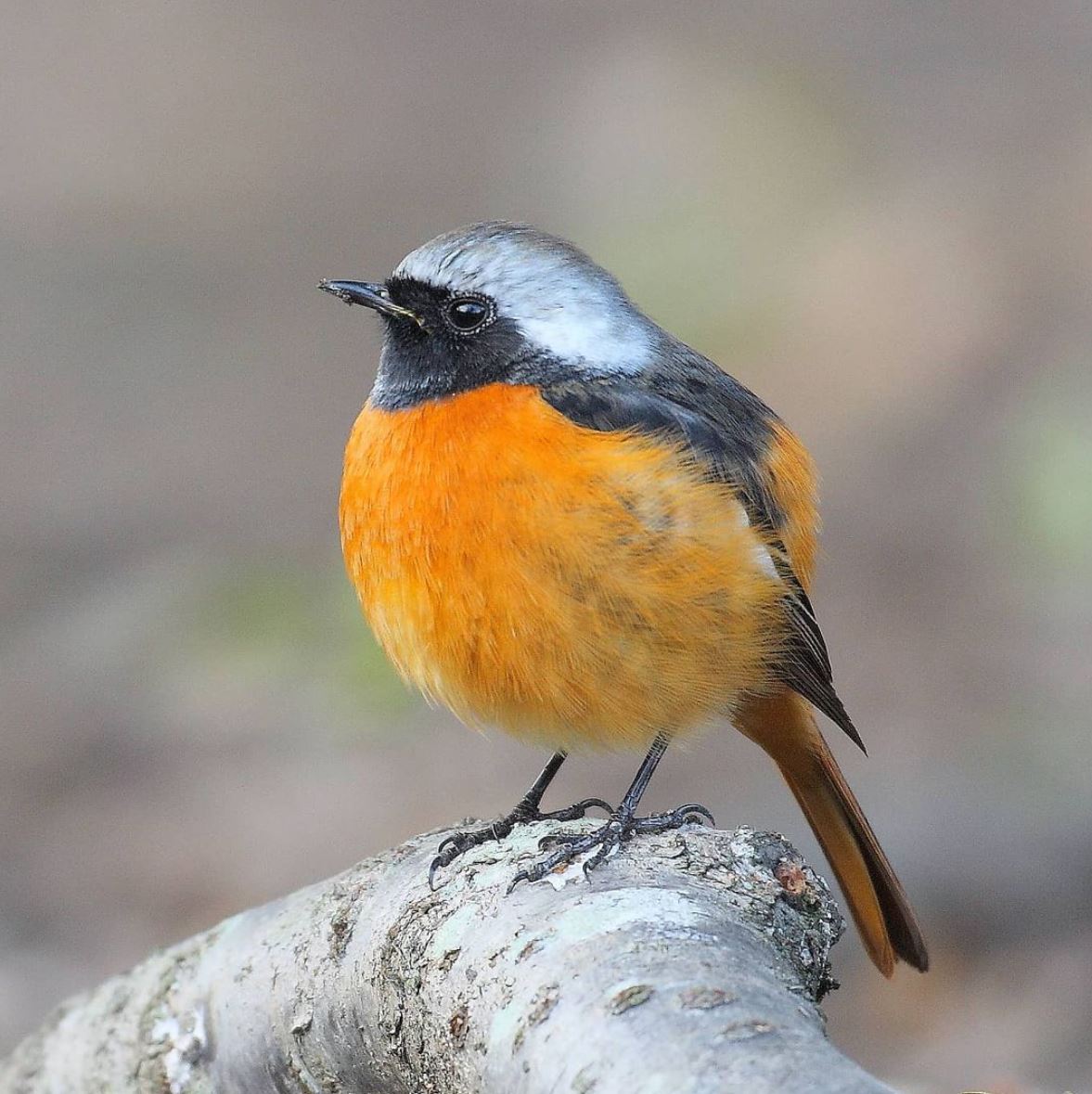 The Daurian redstart (Phoenicurus auroreus), is a small passerine bird from temperate Asia. In Japan, it is known commonly as jōbitaki (ジョウビタキ). During the breeding season, the male wears a silvery gray crown and nape, along with a black face, orange underparts, and dark wings with a white patch on each one. He has a brownish mantle, orange rump, with a black tail with orange sides. 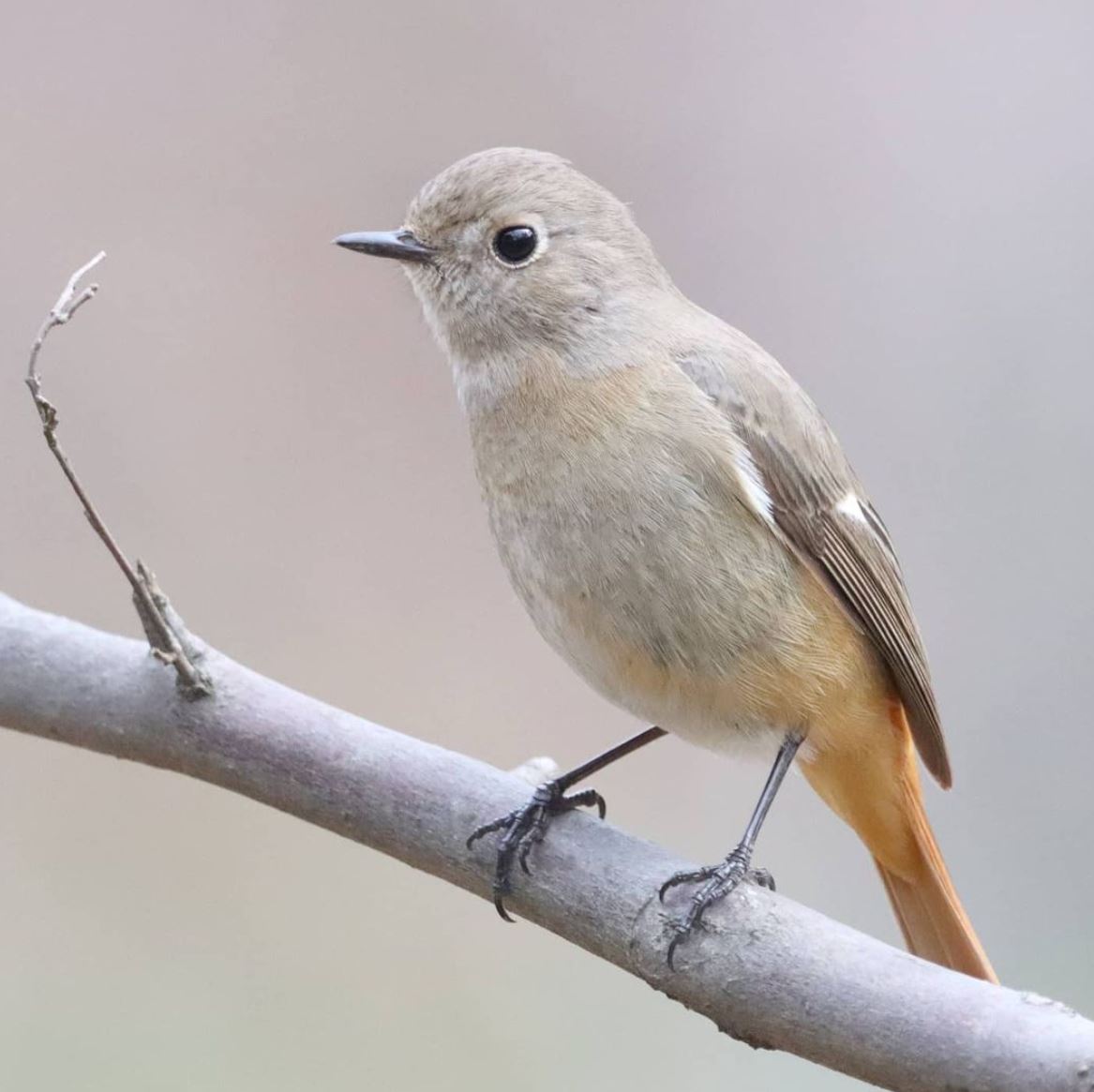 Overall, females are brownish but do share the male’s bright tail and wing patch.

The bill, eyes, and legs of both sexes are black. 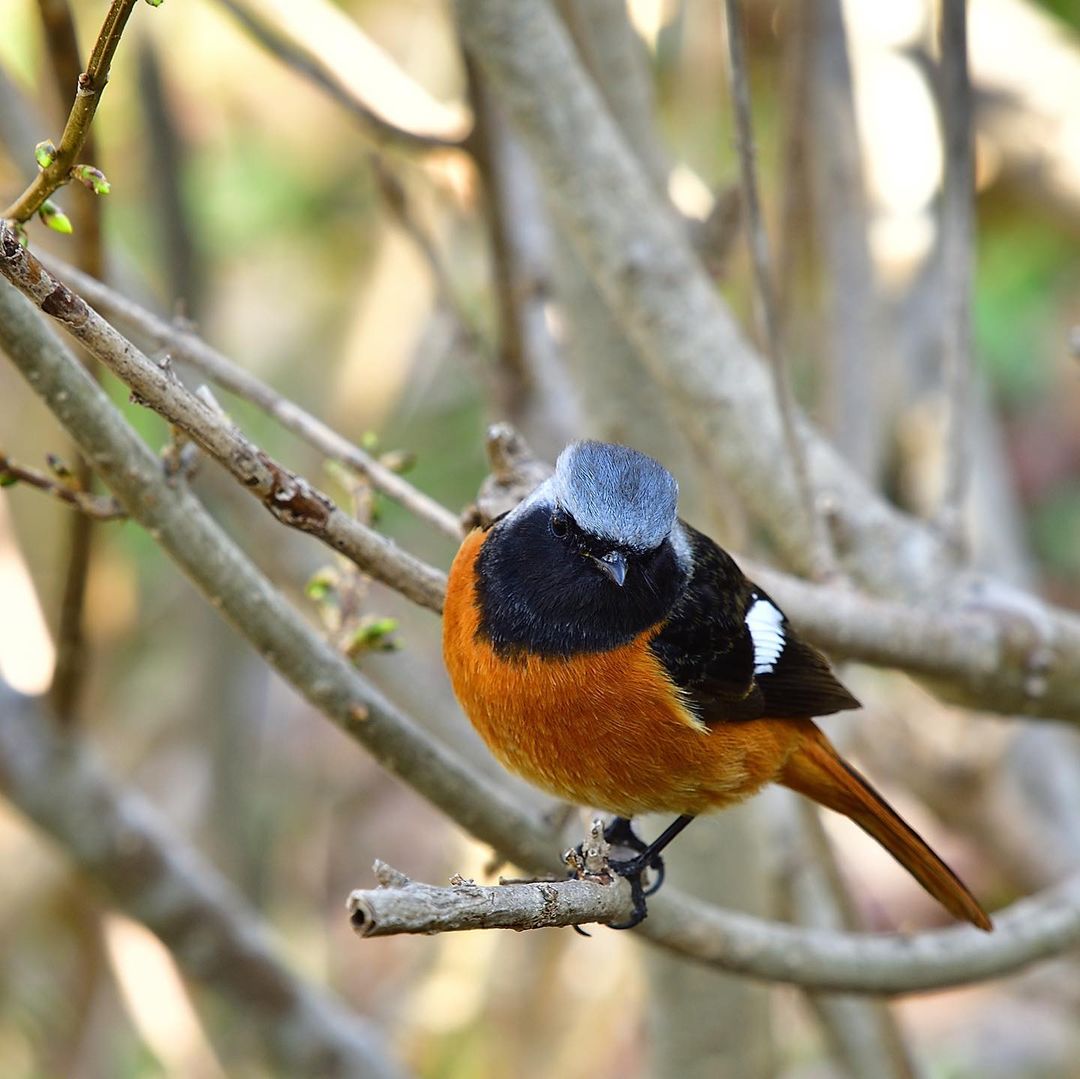 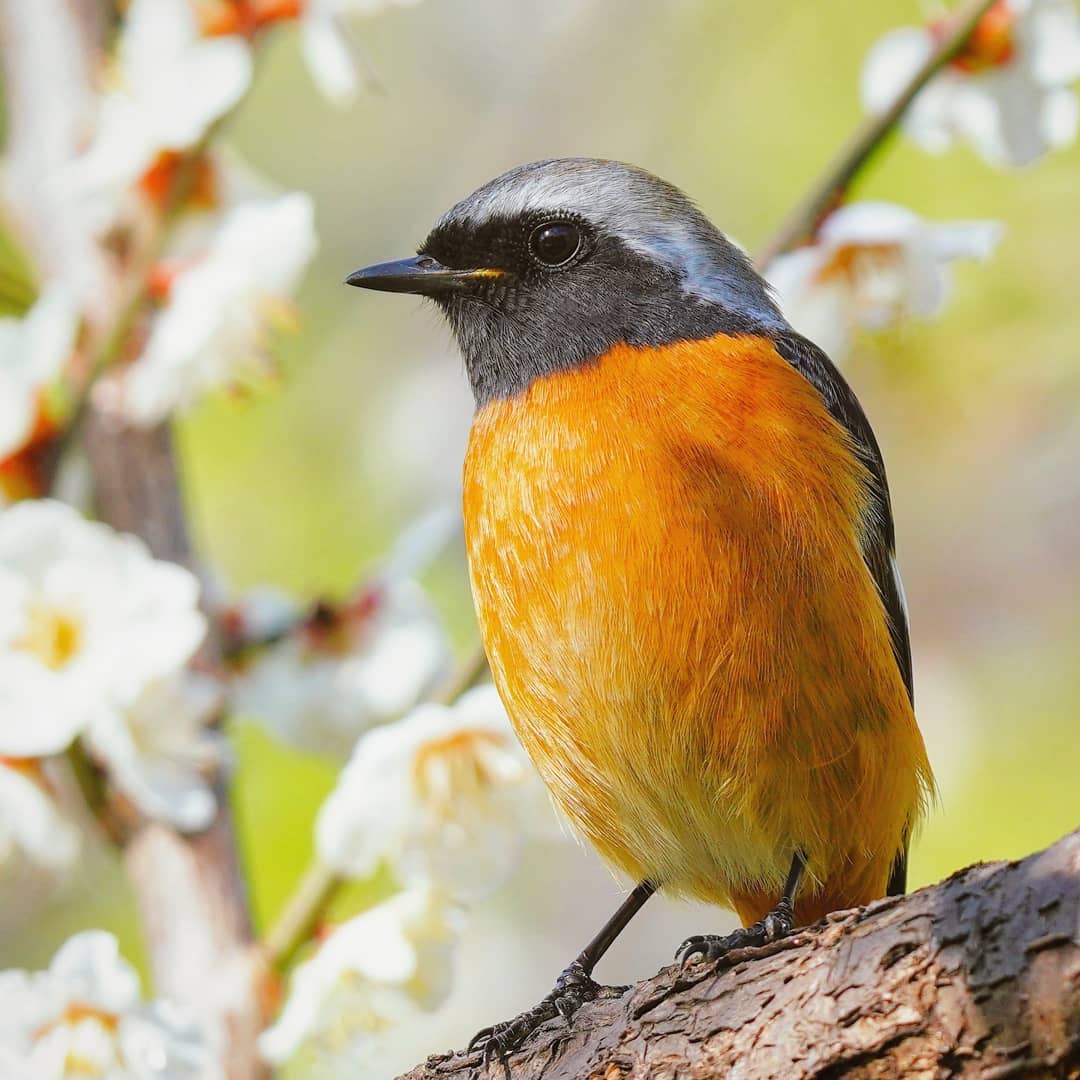 This species prefers open forests, forest edges, agricultural margins. But it is also commonly found in parks and many backyard gardens. Not easily scared they allow human beings to get quite close before taking off.

Very little is known about these birds during the breeding season other than it is during the summer months in open forested areas, scrubby vegetation in subalpine areas.

It is known the male is very territorial and will defend the nesting site. 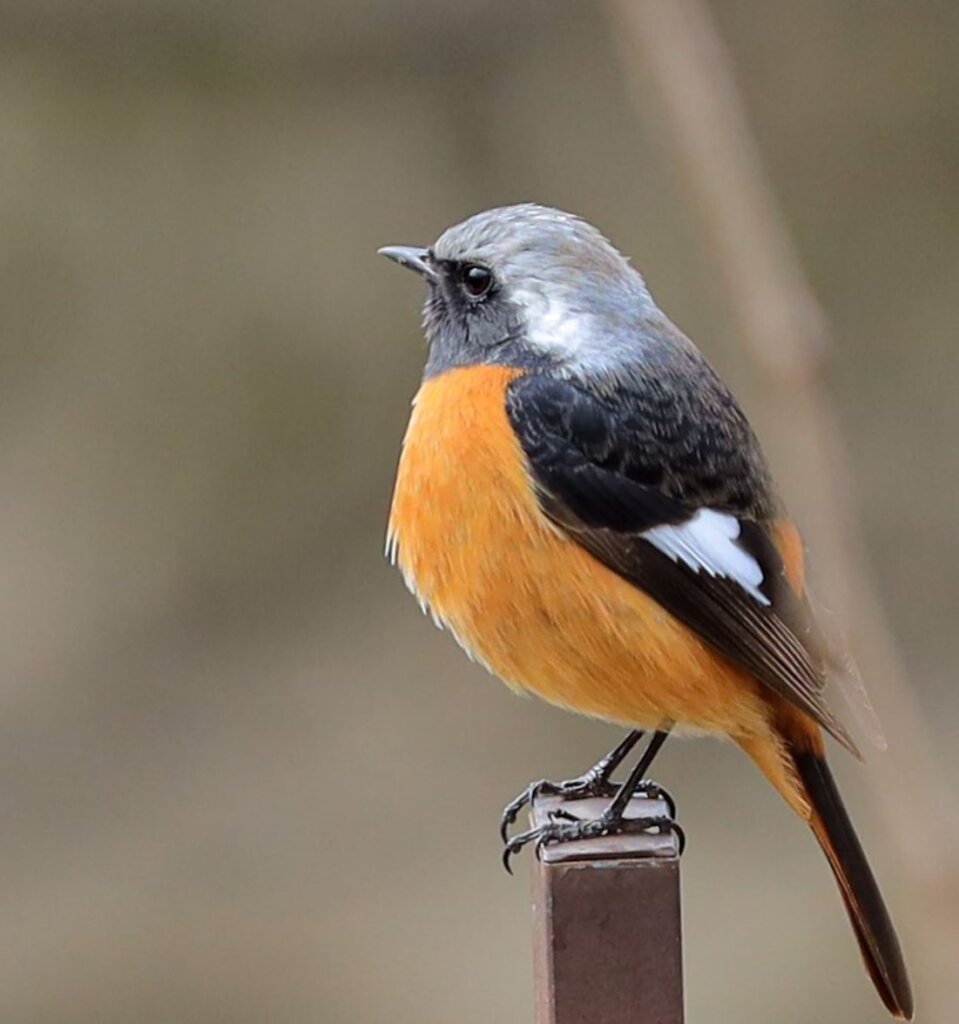