Man Risks His Life To Save Two Kittens From Brush Fire 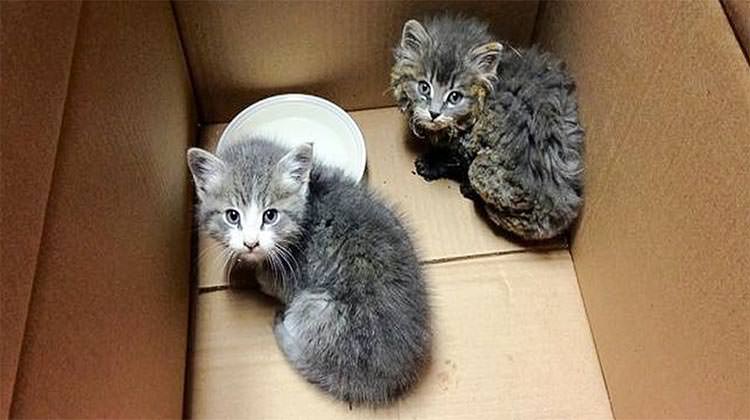 Photographer Carlos Pacheco was taking pictures in North Dakota, when he faced some brush fire and heard some meowing coming out of it. Carlos then spotted two kittens trapped in there, struggling to breathe and getting hurt by the flames, so he stepped in to save the cuties’ lives.

“I had to shield myself with my jacket to even attempt to grab her,” Carlos shared. After almost getting hurt himself trying to rescue the kittens, he rushed them to Cats Cradle Shelter, where they were both diagnosed with burnt paws and smoke inhalation, endangering the kitten’s lives. They had to be separated and put in oxygen cabins to recover, but after a couple of days, they showed improvement and were reunited!

They named the kittens Py and Manni and they’re currently on foster care but looks like Carlos, their hero, might adopt the two so they remain together. Fingers crossed! 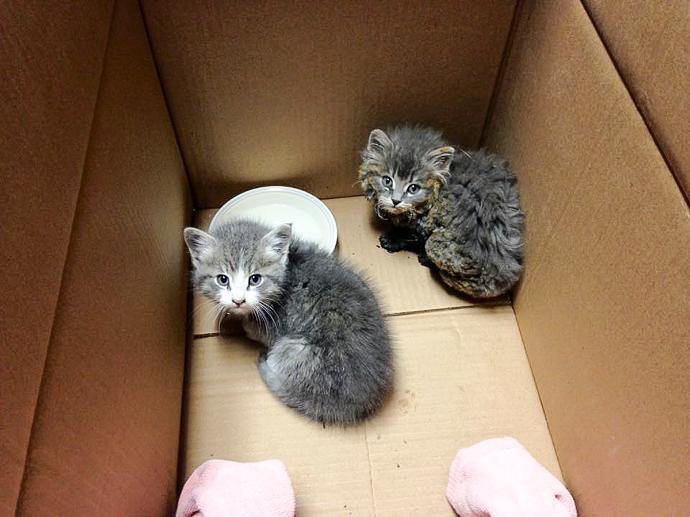 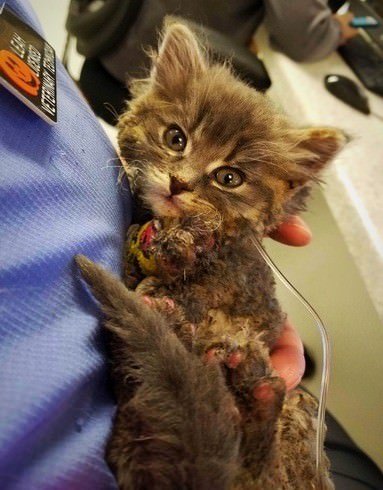 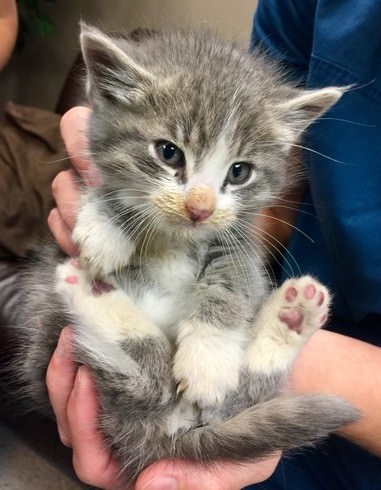 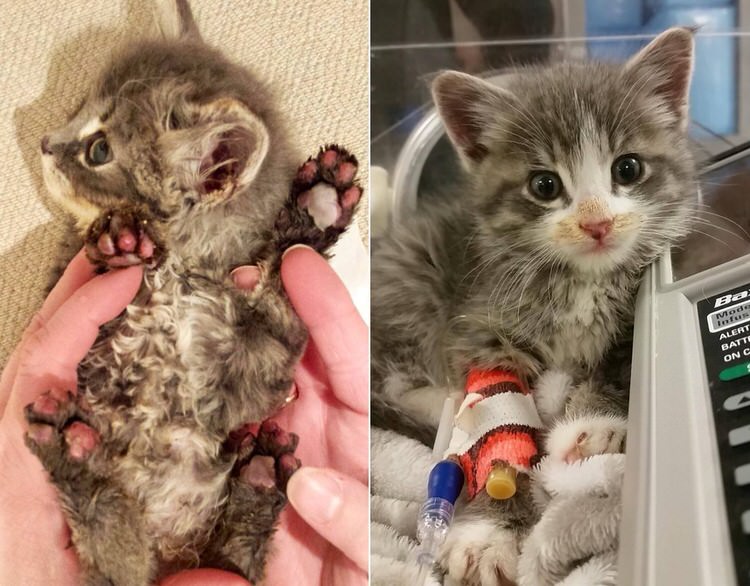 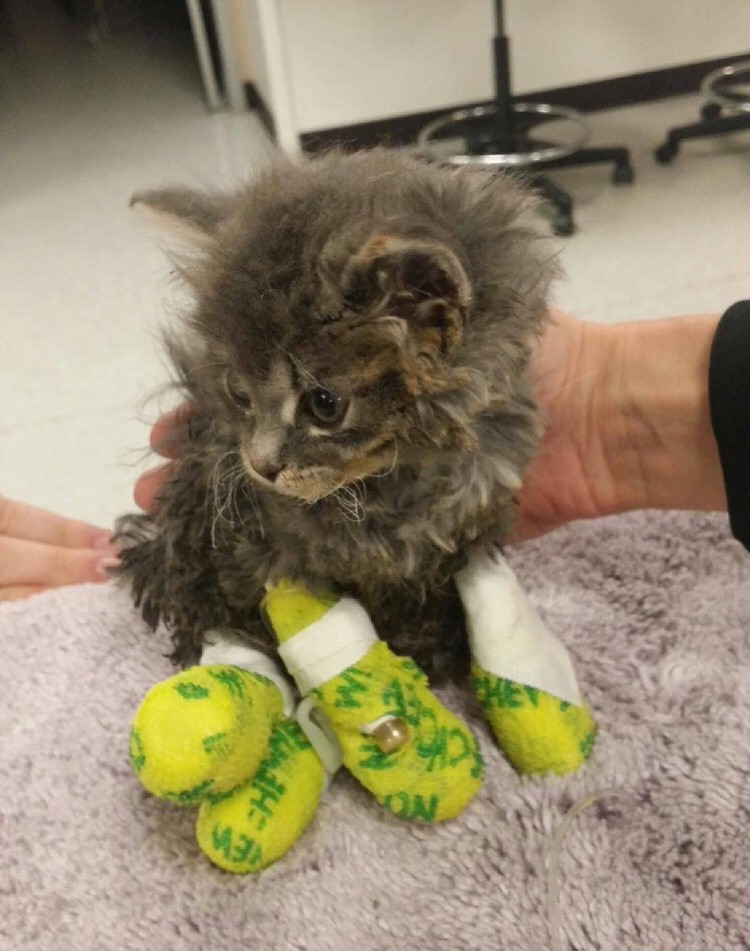 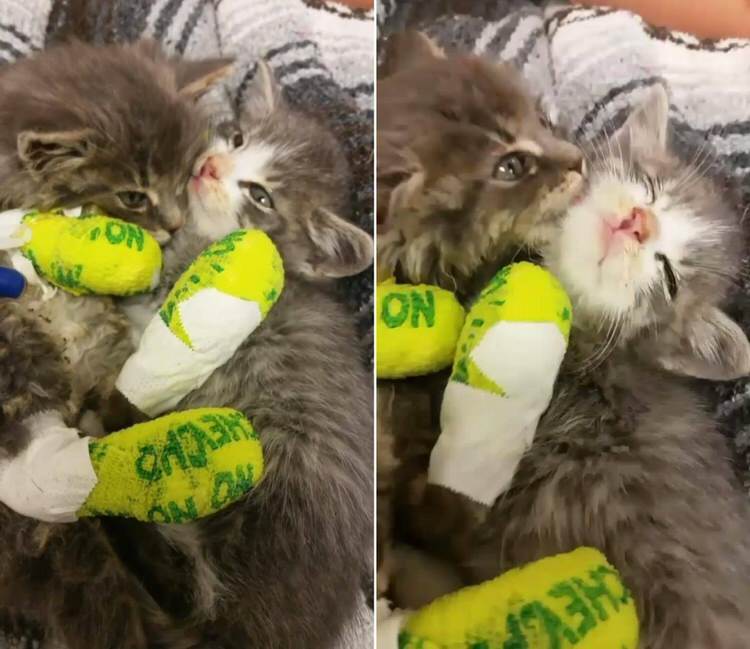 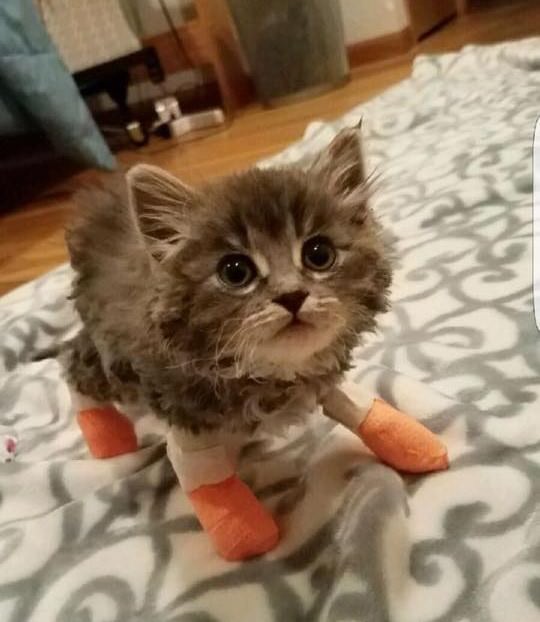