Madagascan Sunset Moths Become Rainbows Whenever They Flap Their Wings 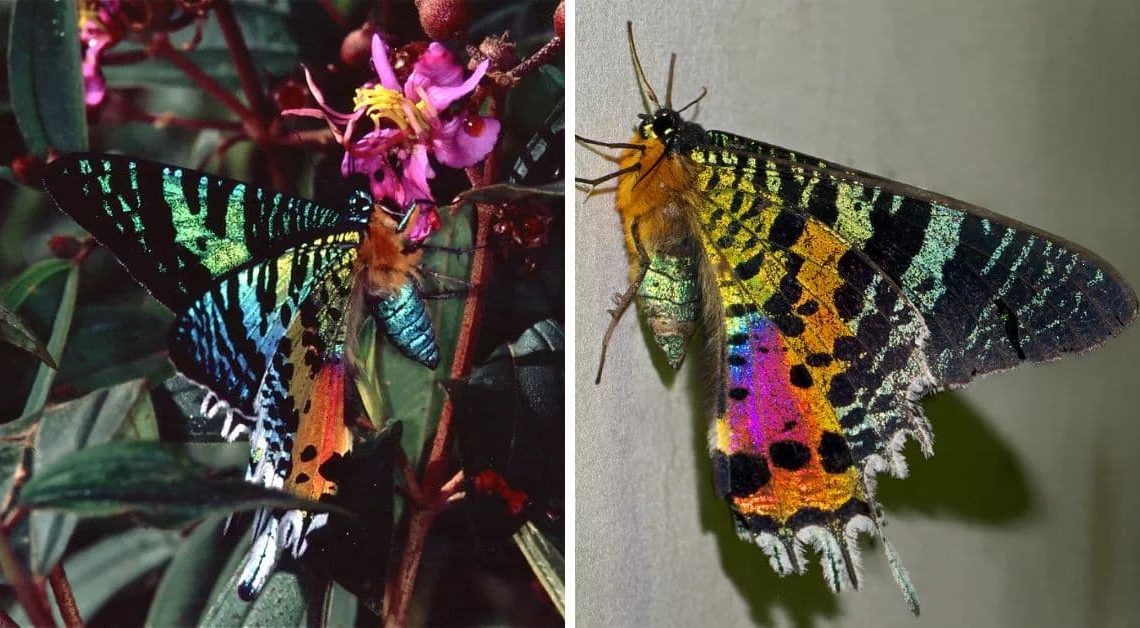 The Madagascan sunset moth is part of the Uraniidae family of moths, which can be found throughout the tropics and includes both nocturnal and diurnal species. They are well-known for their striking colors and beautiful wing shapes, ranging from browns and whites to vibrant rainbows. The purpose of these colors is to deter predators.

It is hard to take photos of them because the bright colors of their wings aren’t actually pigment, but reflected light. As they flap their wings, the rainbow of color shifts and changes from every angle. 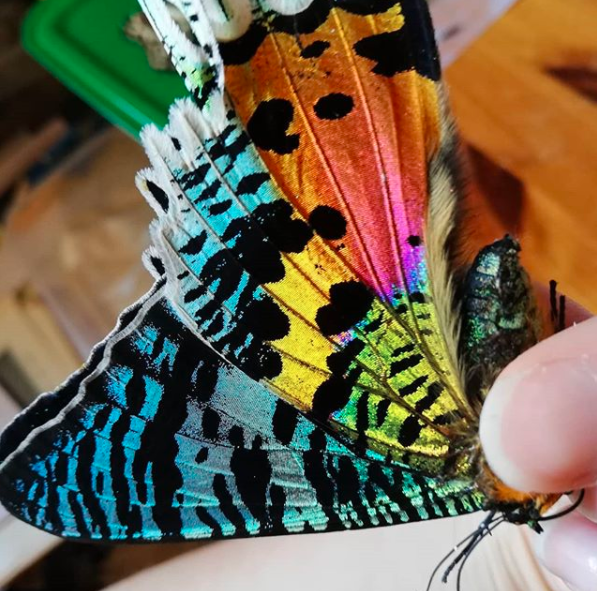 Unlike most moth species, sunset moths are active during the day and so they are often mistaken for swallowtail butterflies. A big part of the difficulty in finding pics for this article is that the iridescent wings are popular in jewelry and taxidermy.

Also, they are quite large, with a wingspan of about 3-3.5 inches.

As caterpillars, they eat Omphaela plants, which is safe for them, but toxic to other creatures. When they’ve metamorphosed into their moth stage, that toxicity goes with them, making them poisonous to creatures that might try to eat them. 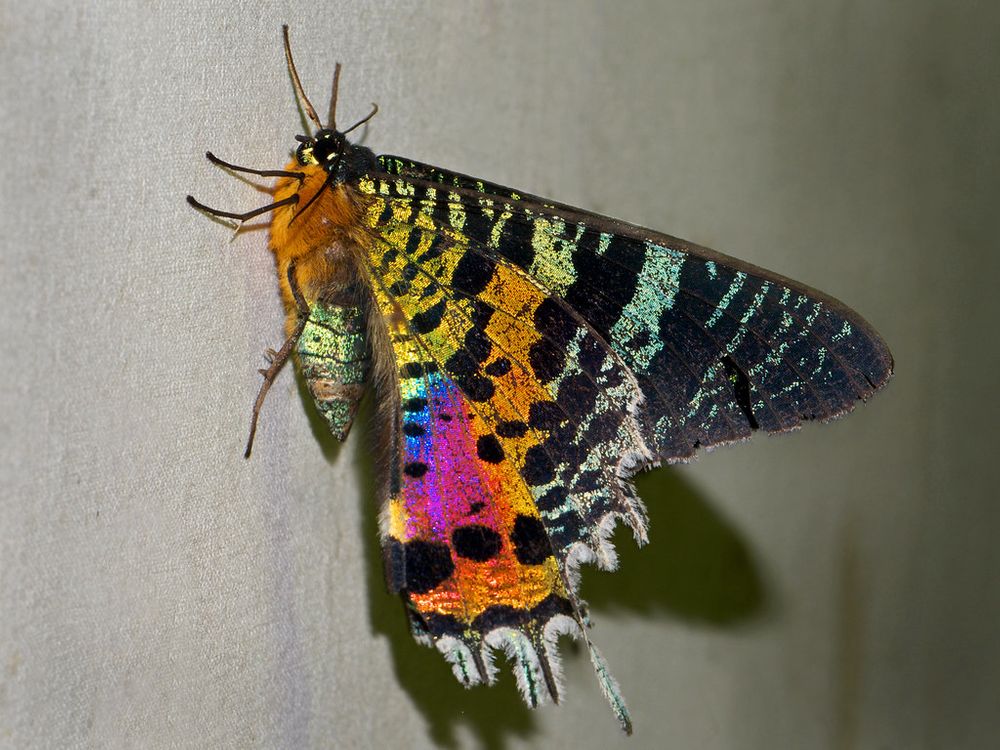 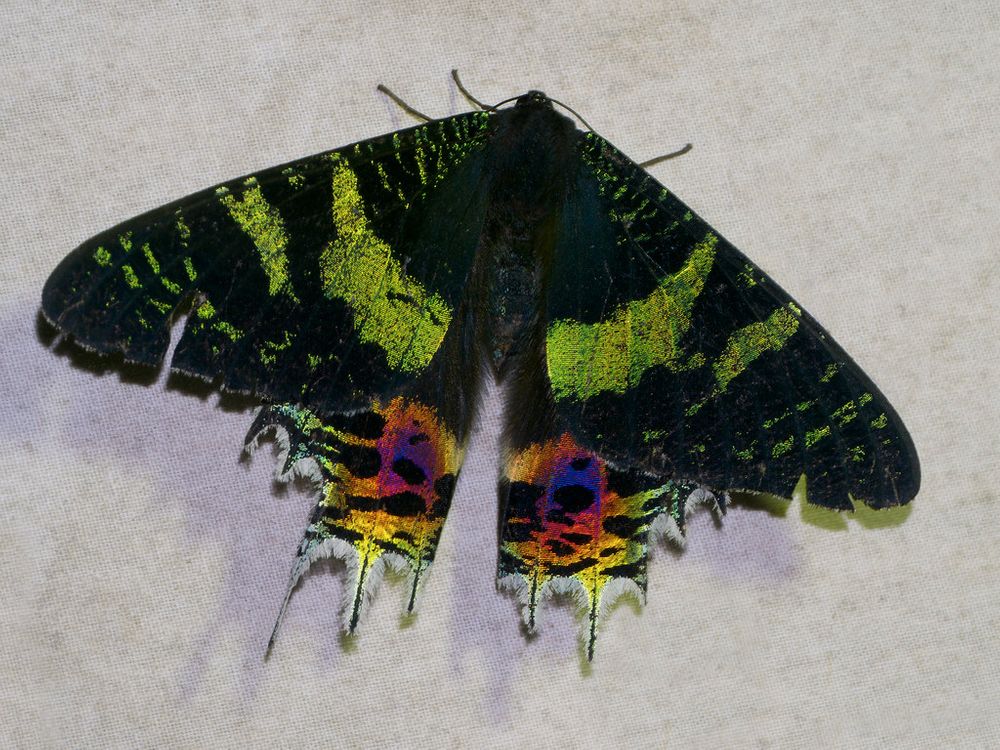 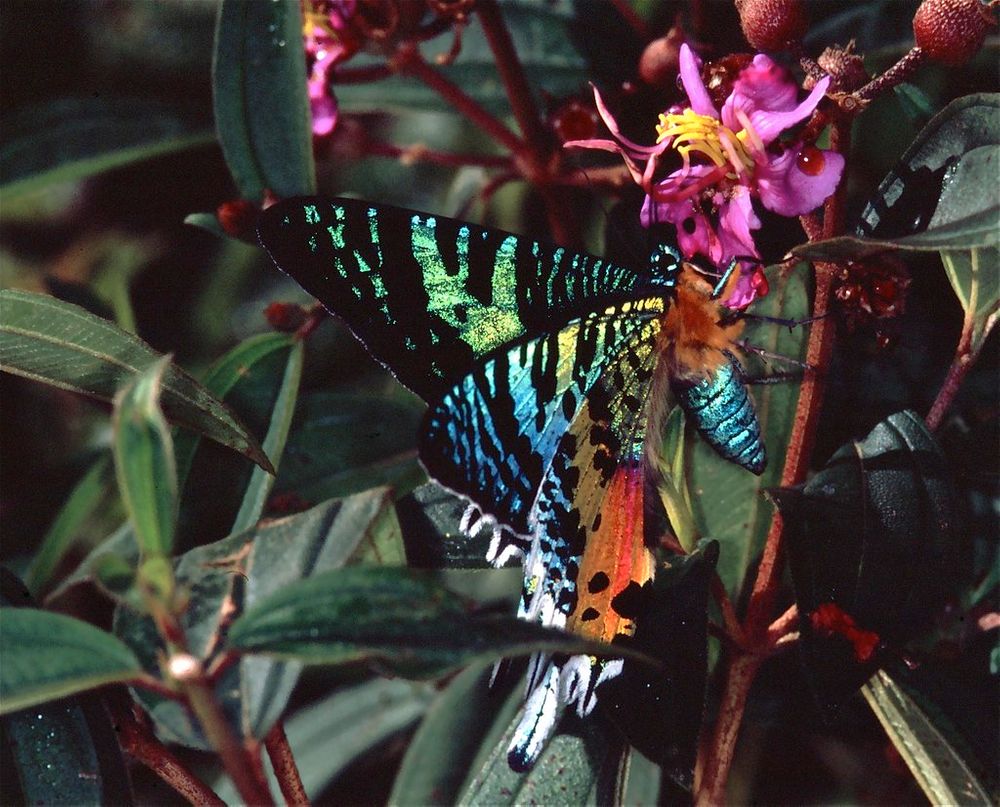