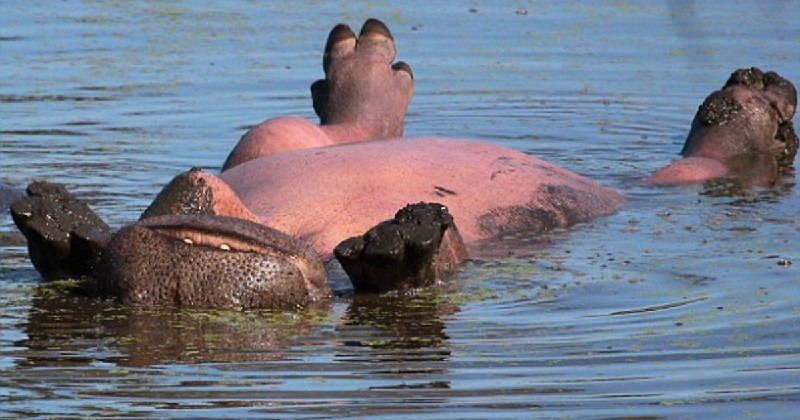 This is the adorable moment a sun-loving hippo was pictured laying on its back, seemingly in an attempt to tan its bright pink belly. 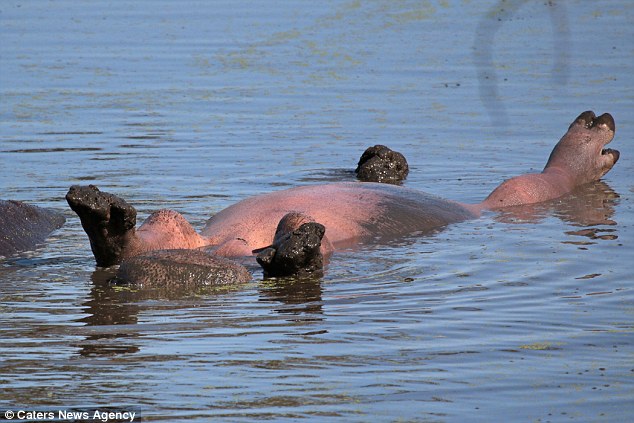 The hippo was lounging around in the water with its legs in the air while it was making the best of the good weather. 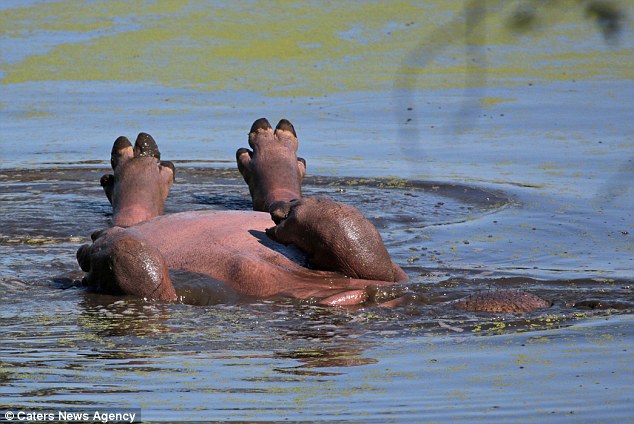 52-year-old photographer Jackie Cilliers captured the bizarre scene at the Kruger National Park in South Africa while on holiday. 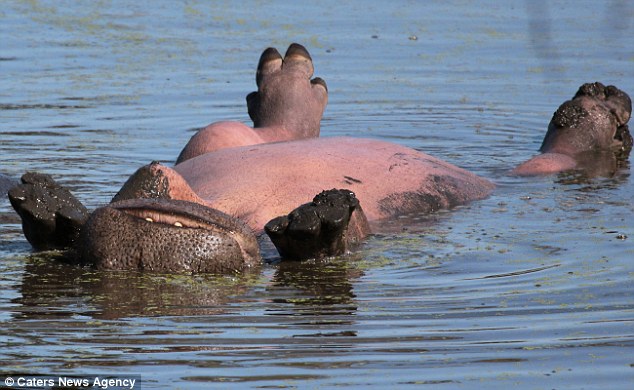 Initially, Cilliers thought that the animal may be injured, but soon found out that it was just chilling out in the water while enjoying the sun. 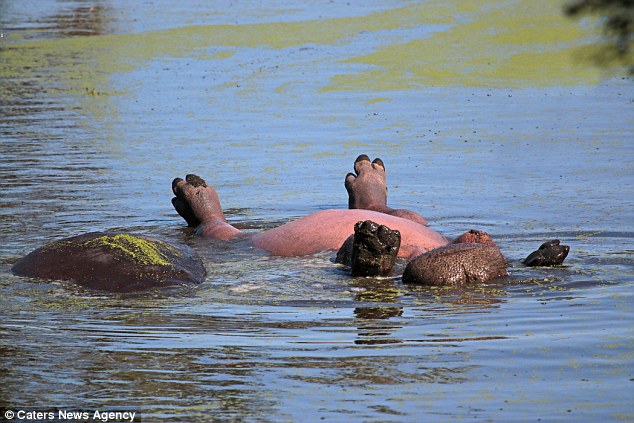 “The images show the hippo pushing off his friend, rolling over, relaxing on his back, and yawning,” said Jackie. 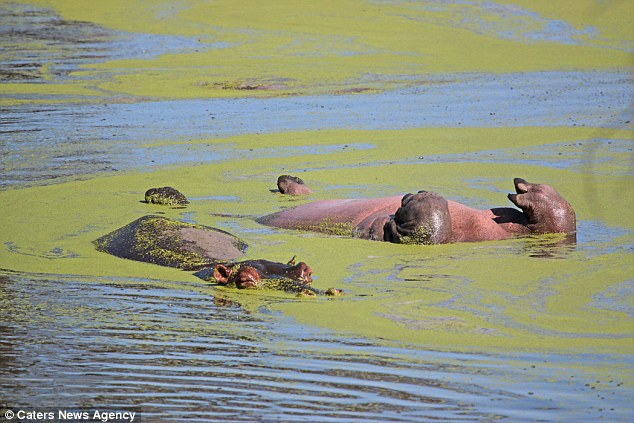 “The hippo risked being attacked by its mate whom it kept pushing on to turn over.” 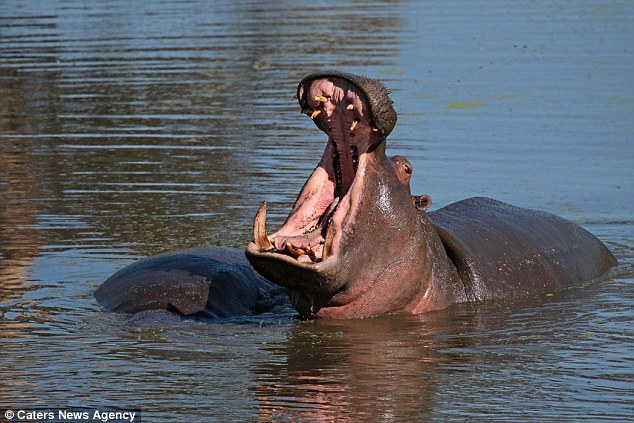 “At first I thought that it might be injured or ill, but it happened several times and remained stationary on its back for several minutes at a time.” 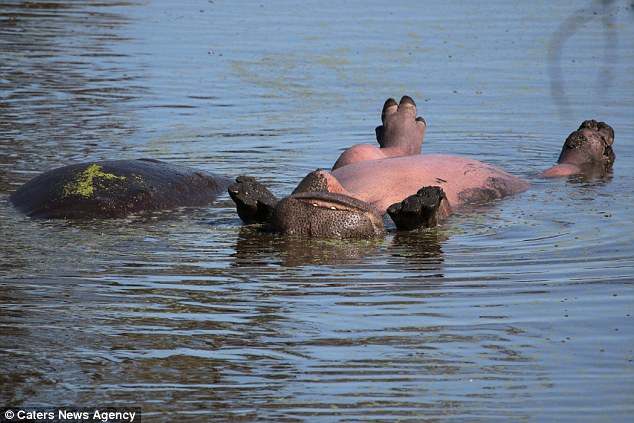 “It seemed to enjoy being upside down. I was surprised and pleased with the images, as were the others in the hide, several people were chuckling at the antics.” 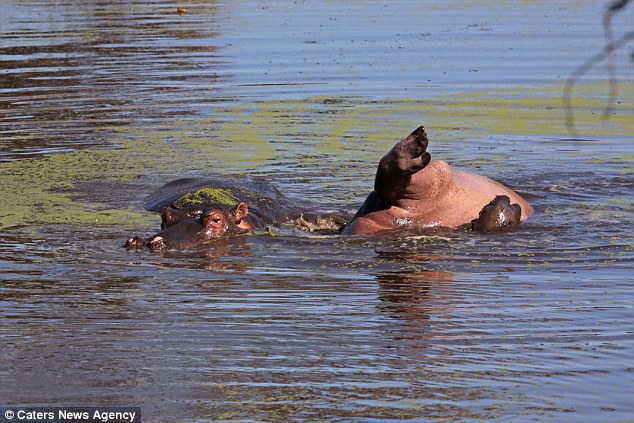 “What I love most is his pink tummy. I doubt I will ever see this again as it is the first time I or anyone I know has seen this.” 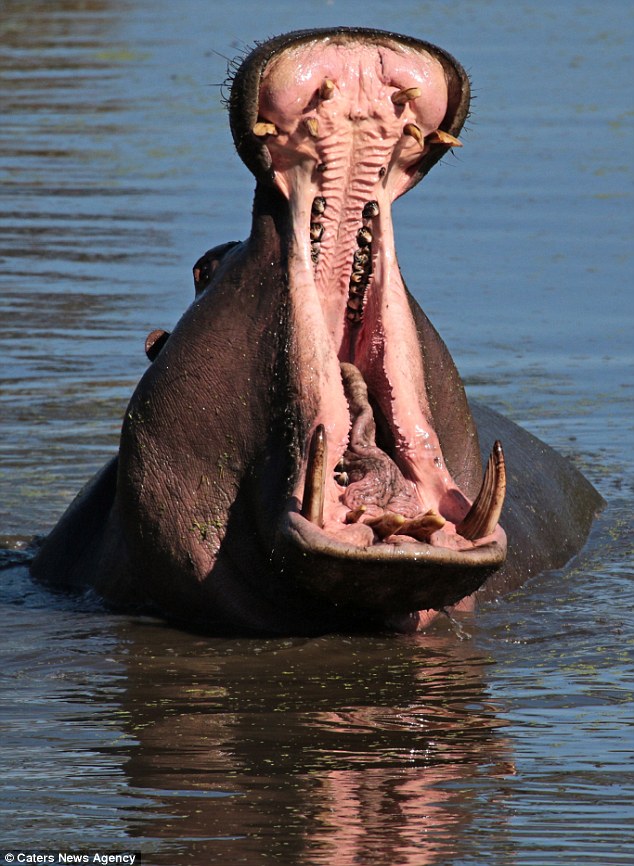