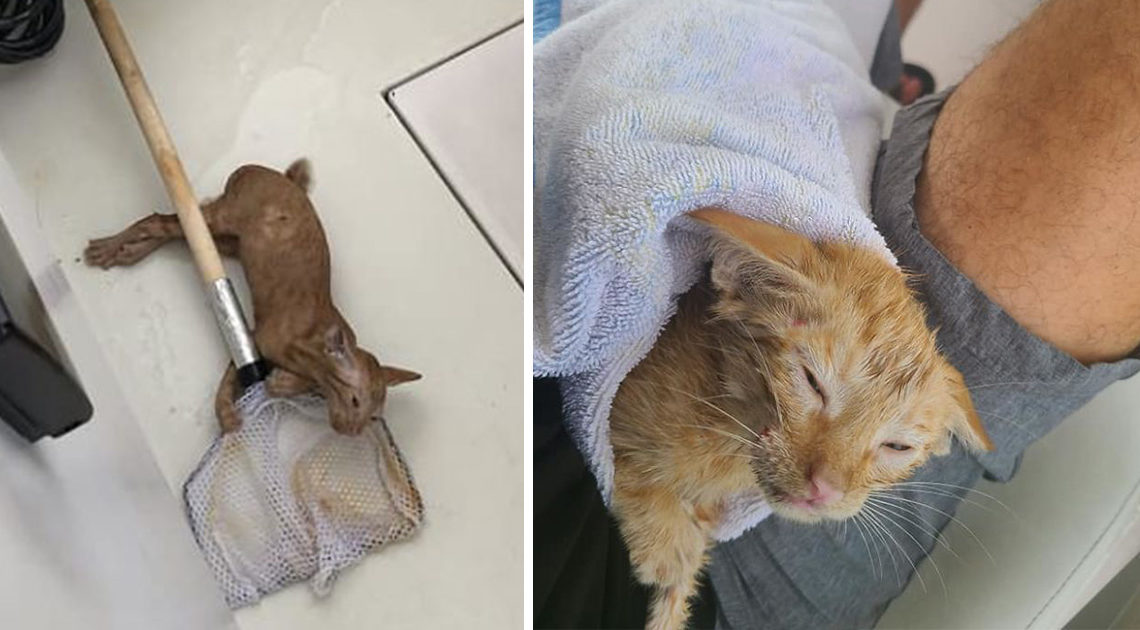 A ship from Still Flyin Charters departed for a regular day cruise on the Perdido Pass in Orange Beach when it encountered a heartbreaking scene.

As the boat made its way through the Perdido Pass, which connects the waterways between the Perdido Bay and the Gulf of Mexico, they saw what they first thought was a sea turtle. But after a closer inspection, the crew realized it was a kitten that was drowning. The crew turned the boat around to rescue it 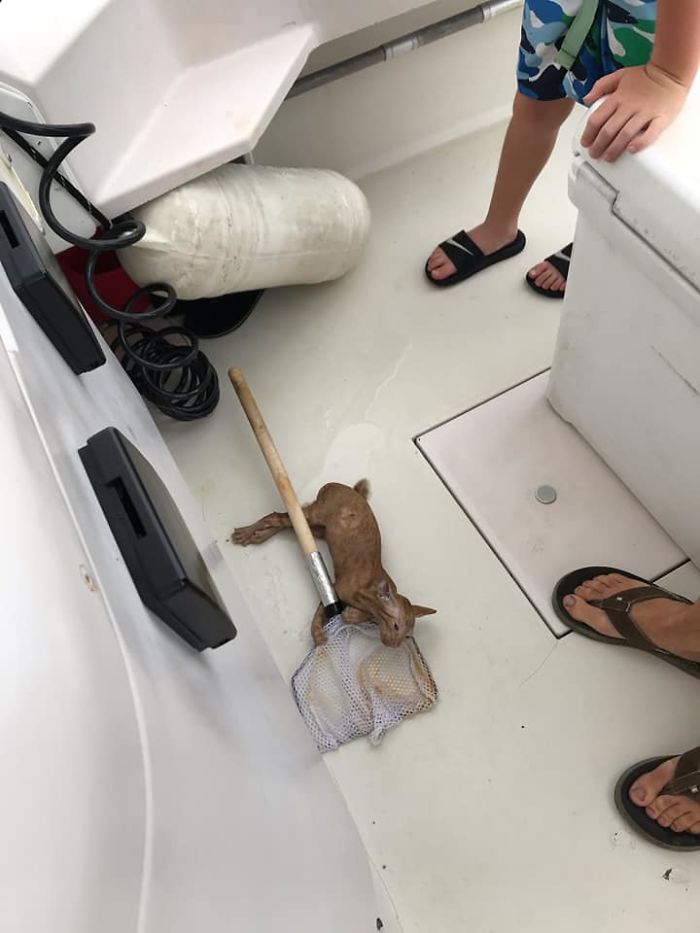 “He was struggling to stay awake,” Captain Steve Crews, owner of the sailing company, later reported.

The crew quickly set out to save the terrified animal. According to Crews, the drowning kitten was constantly meowing as the crew tried to find a way to get him aboard the boat without further traumatizing him. 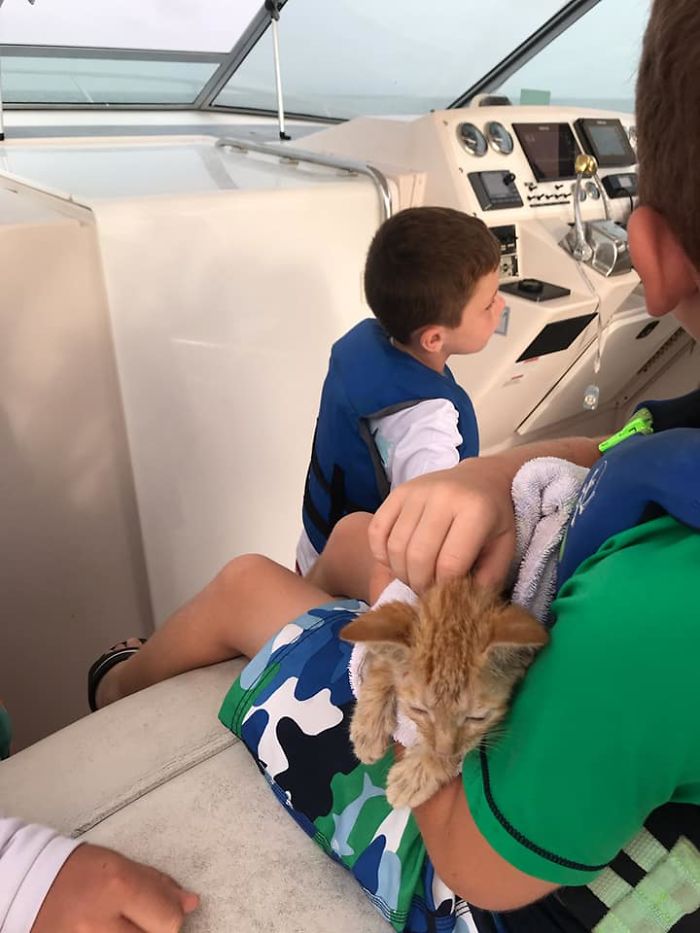 Once the soaked kitten was safely on board, the crew dried him and comforted him as they returned to shore. The episode was documented in several snapshots taken during the time of the dramatic rescue and was later shared by the company on their official Facebook page.

“Our catch of the day,” the crew reported. “We caught him just outside the pass in the gulf.” 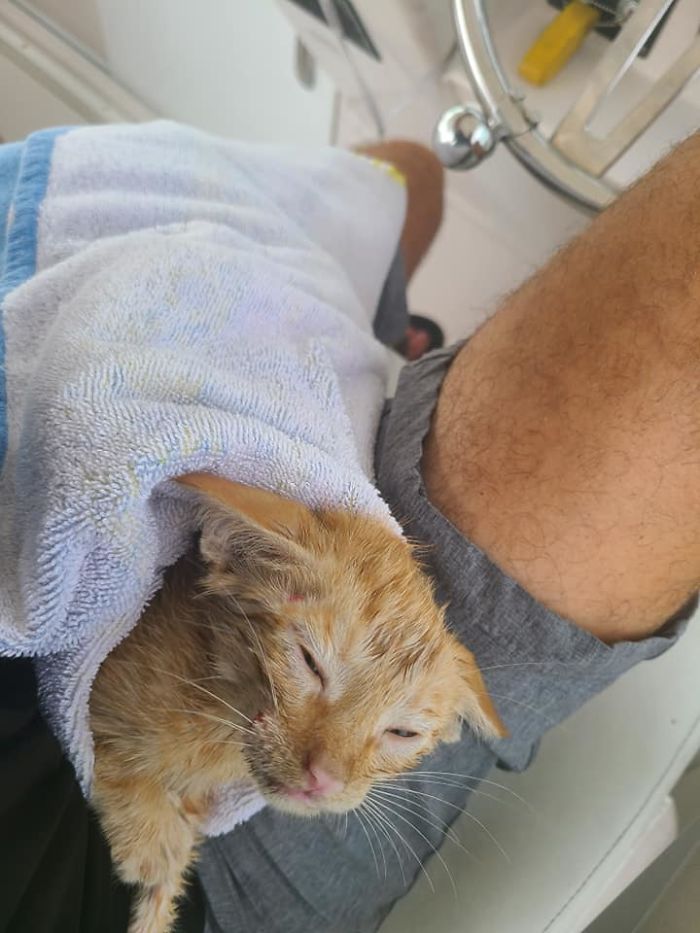 However, this rescue story that could have turned tragic found a somewhat happy ending. According to the company’s publication, one of its sailors tried to place the kitten in a home for good, but the animal refused.

So Crews and his family are taking care of him. Crews added that the animal remains nervous, but will accept food and water from him and his wife. He also believes they might call him “Sharkbite” or more appropriately, “Lucky”. 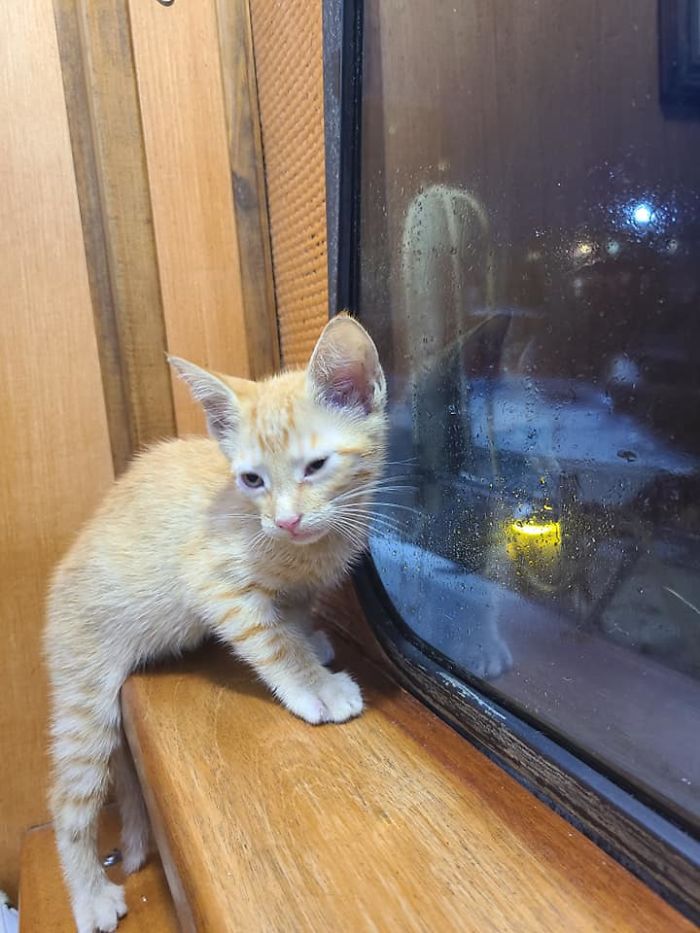