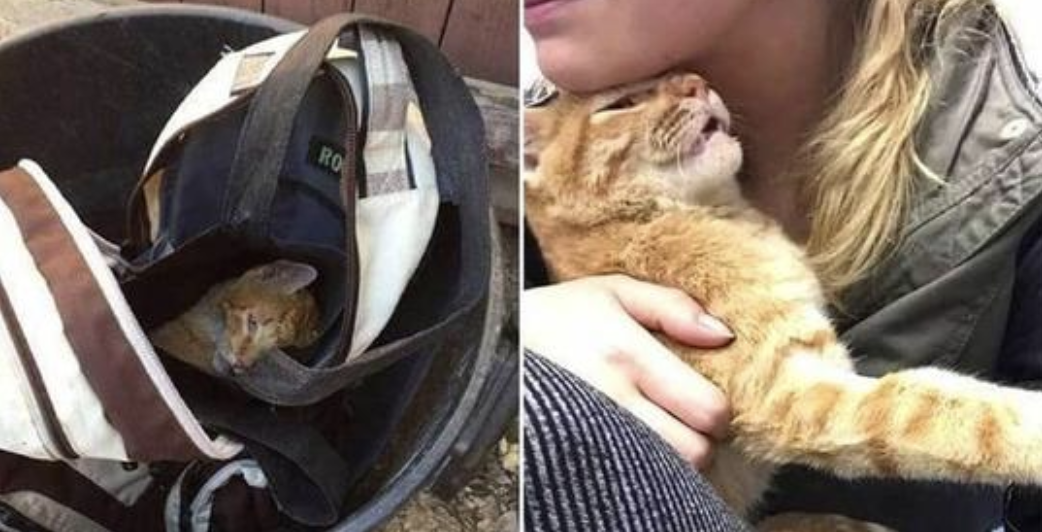 A woman in Alberta, Canada, never expected that one simple throwing of trash would make a huge impact in her life. One day, she was taking out her trash as usual when she noticed a strange movement inside a backpack sitting in the garbage can. 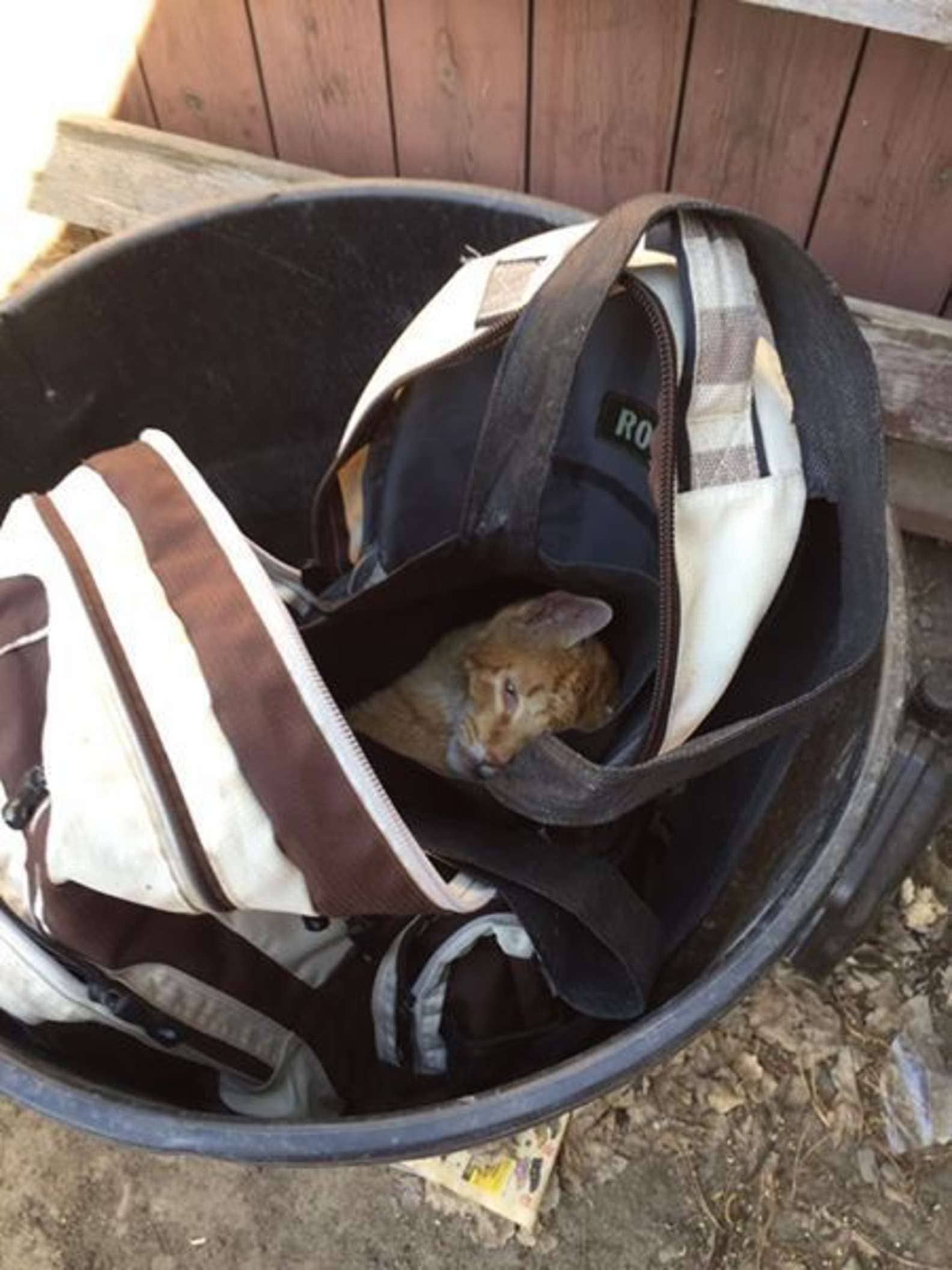 Concerned, she opened the backpack to check what was inside the bag and was shocked to find a very weak cat. The poor animal was injured and desperately needed attention, so she quickly called Alberta Animal Services, who rushed the cat to its facility for immediate care. 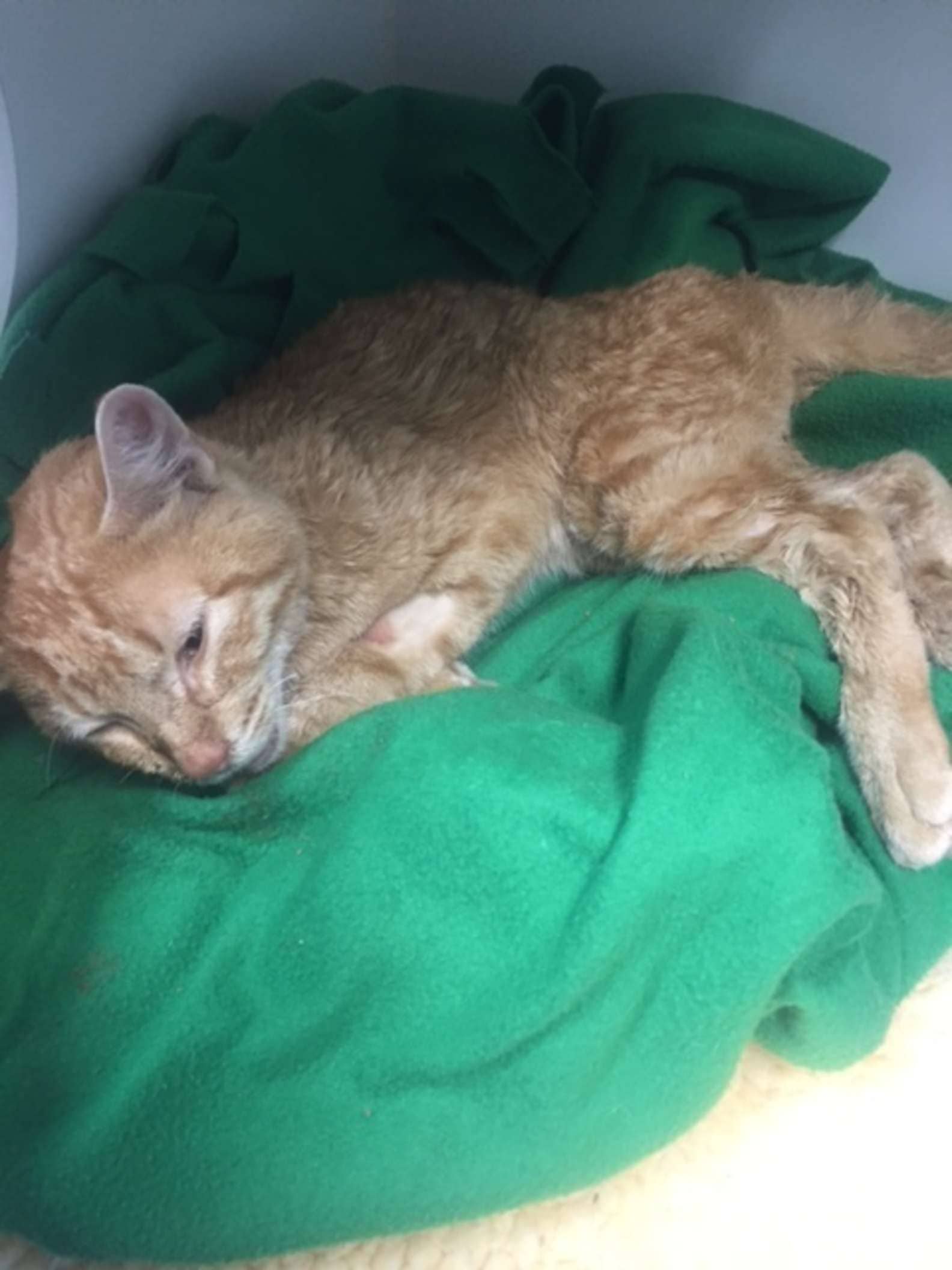 The vets quickly realized that the cat had been the victim of a great deal of abuse. An examination revealed the cat had been suffocated, which led to neurological issues and blindness. Not only was he blind, but he also had a broken pelvis and was suffering from starvation. 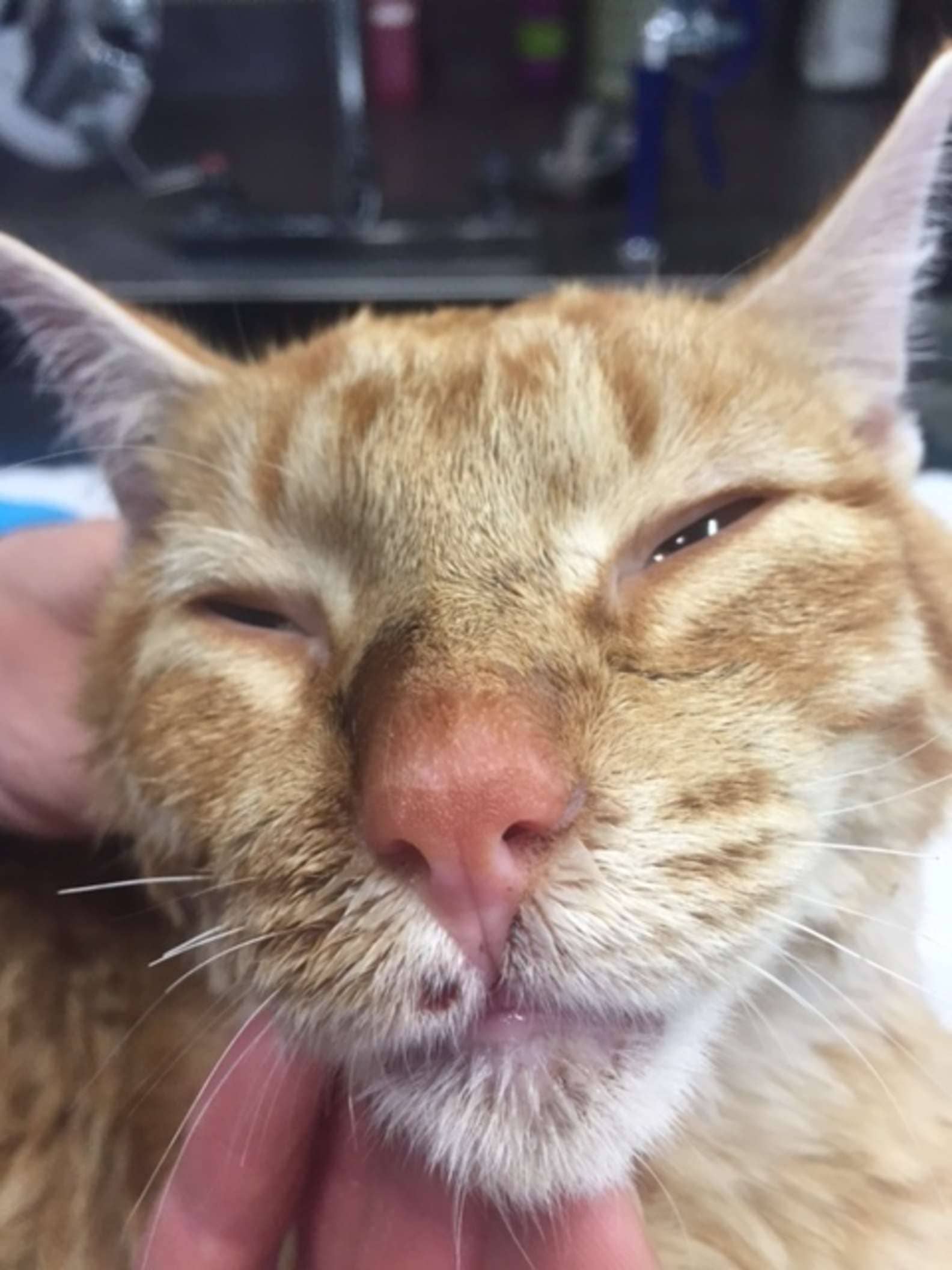 “The poor cat had severe head trauma, and no one was certain if he would make it,” Erica Coomber, director of operations for Alberta Animal Services, told The Dodo. 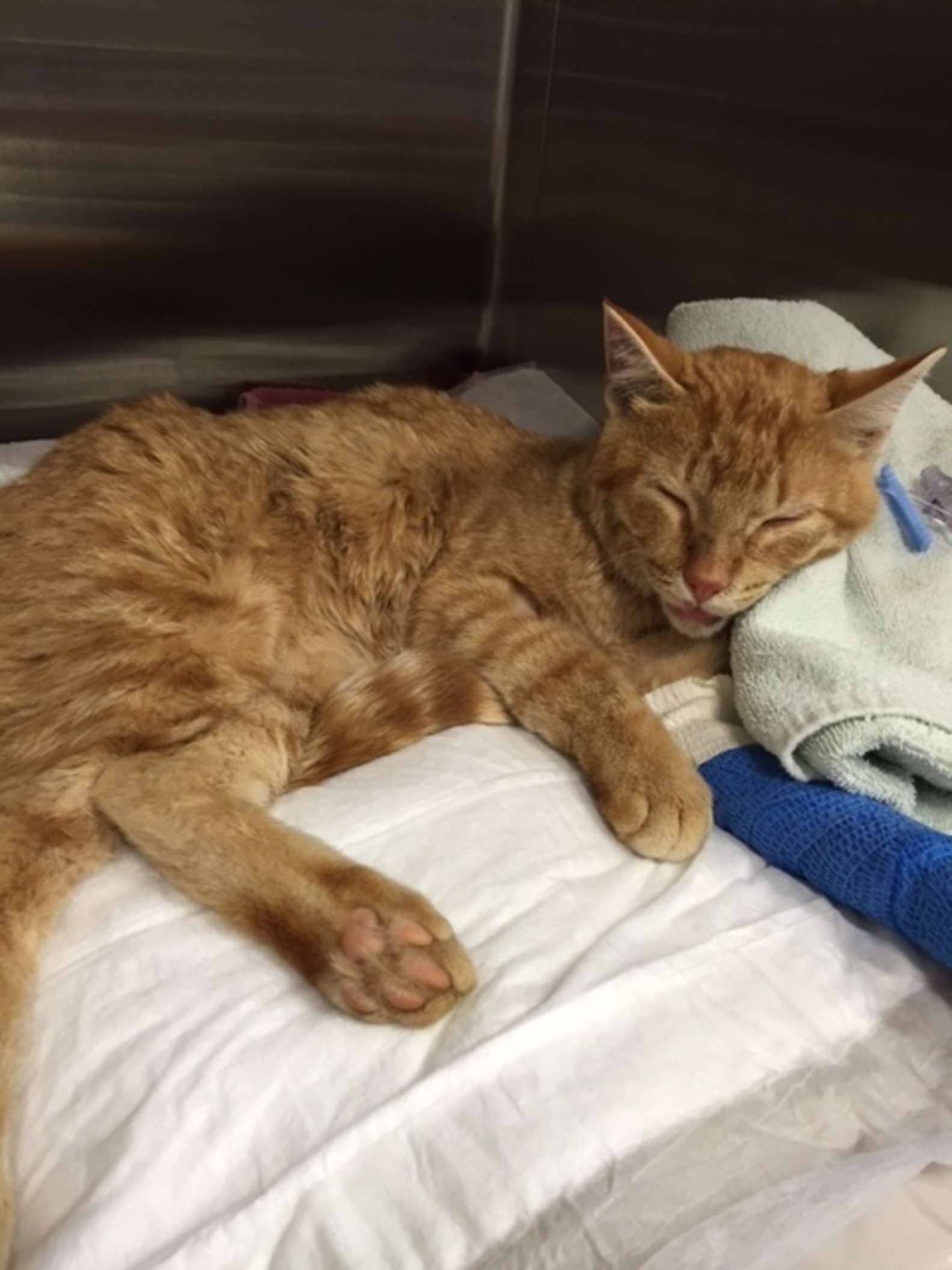 “At this point his neurological issues are not getting any better,” Coomber said. “What this kitty has gone through is horrendous and we hope and pray that we can get him through this and he makes a full recovery.” 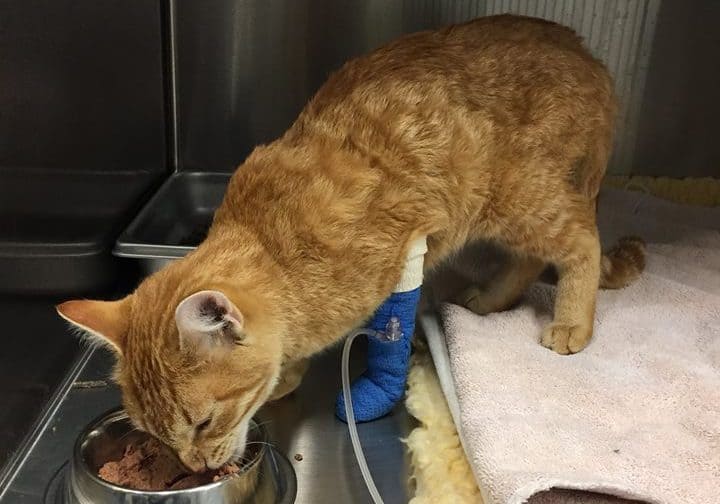 But thanks to the help of the vets and staff, he began regain his sight. Despite his tough condition, he’s already proven that he’s a fighter. We hope that with the right care he can go on to make a full recovery. 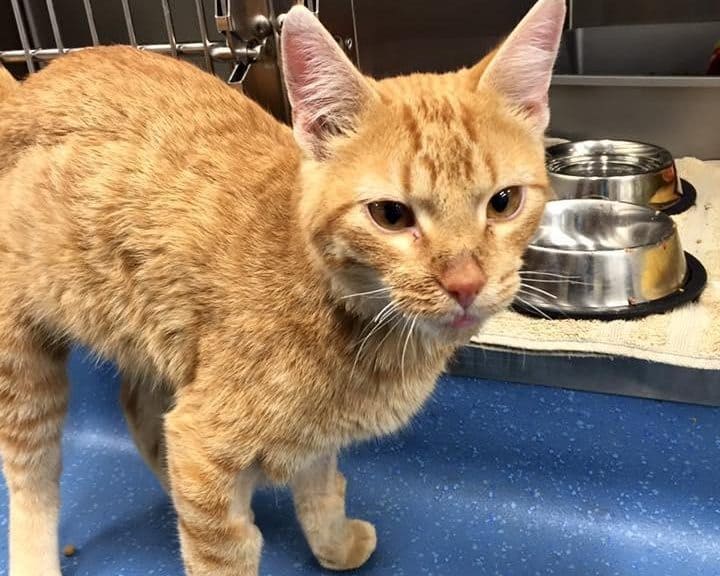 Coomber told that despite the cruelty, he loves everyone and that he sought affection from the staff at the animal care center. A post on the AAS Facebook page said, “As soon [as he] hears or sees the animal nurses he starts purring and demands cuddles.” 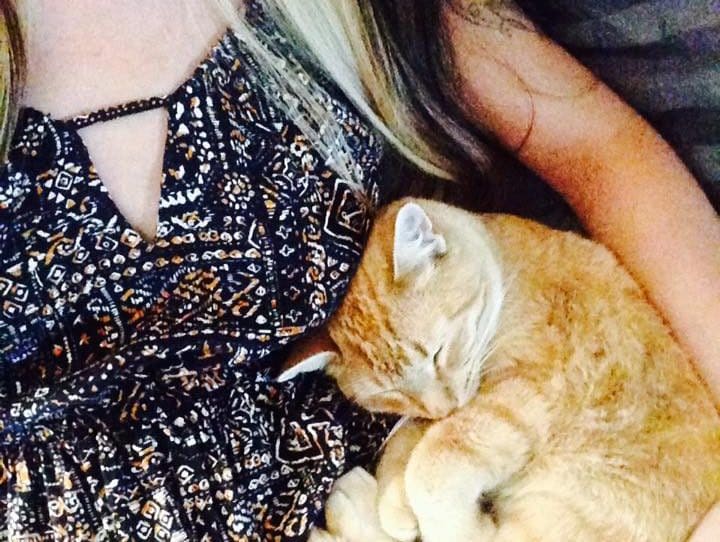 The shelter decided to name him Hiro, after a character from the TV show “Heroes.” We are happy to know that he now lives a healthy and happy life with his new loving family. 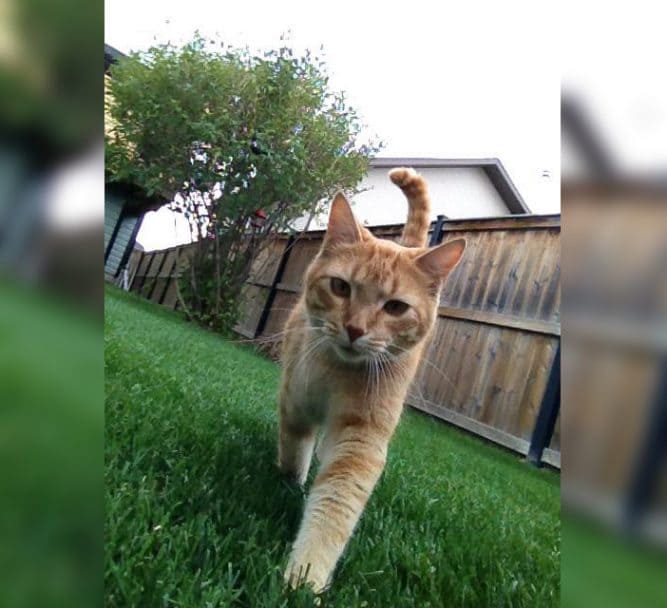 “As soon as Hiro was named, I believed it was perfect because of his relentless fight against the odds to win his battle to live. He really is a super Hiro. All heroes deserve a cape,” the woman who saved him said.