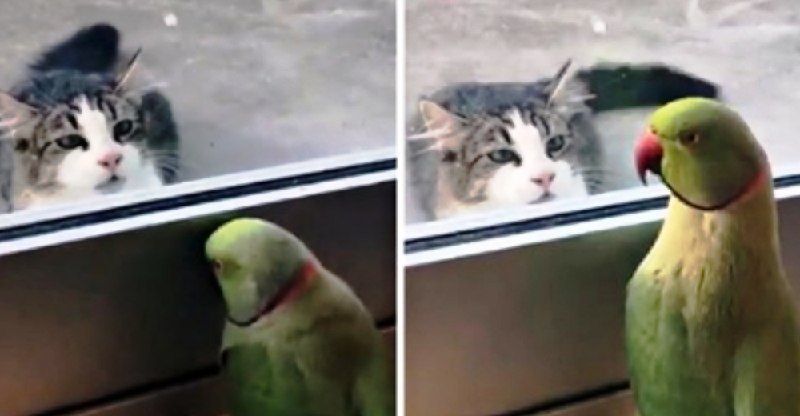 or many people, the friendship between a cat and a little bird is almost impossible. In New Zealand , however, an adorable kitten has not one, but three beautiful, friendly-looking parakeets as neighbors . At first glance it seems like the perfect scene for disaster, we just have to take into account that the birds are always inside the house, keeping themselves safe and protected from any sudden attack by the kitten.

The visit of George, the cat, is separated by the glass of the window. 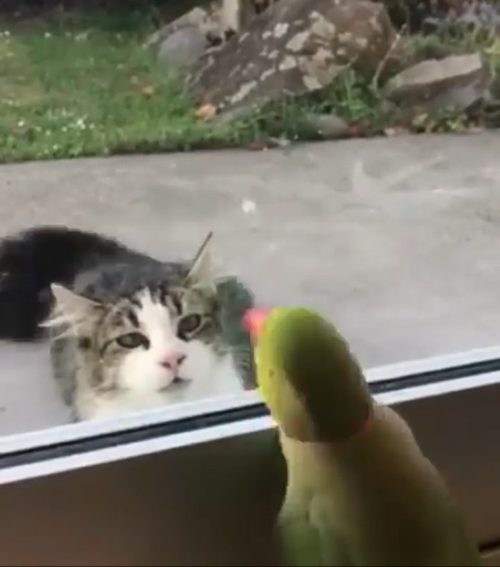 These cute little friends became famous since the owner of the birds uploaded a video to Instagram. In the images we can see George and Oscar, the adorable parakeet, having a strange conversation where the complicity between the two is notorious . 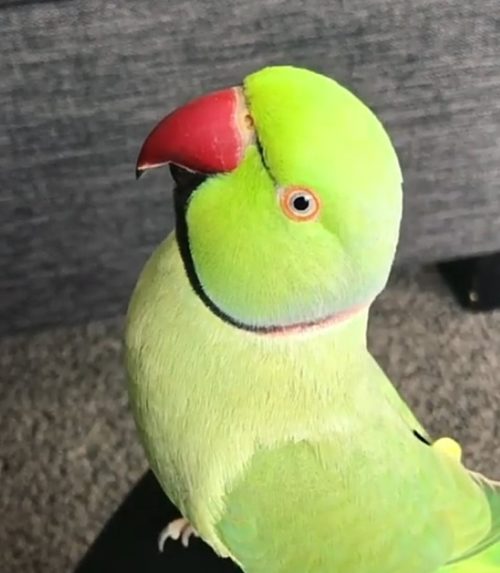 This type of bird is characterized by being talkative, its small brain has the capacity to store a wide vocabulary . They can combine a wide variety of words, due to their beauty in intellect, they became companion birds once considered sacred in India. 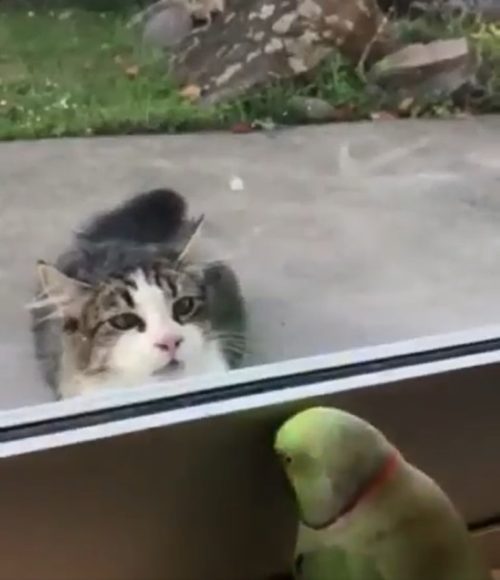 For adorable Oscar it’s not just saying a word, he’s actually playing with his neighbor the cat. The parakeet from his house and protected by the window goes down slowly and hides, on the other side the cat cannot see it .

Seconds later he appears and says his magic word.

George looks in amazement at the parakeet that remains out of his reach . The bird’s owner says they usually play the game with her daughter while she is in a high chair.

Oscar enjoys playing and captivating everyone by saying “peekaboo”. 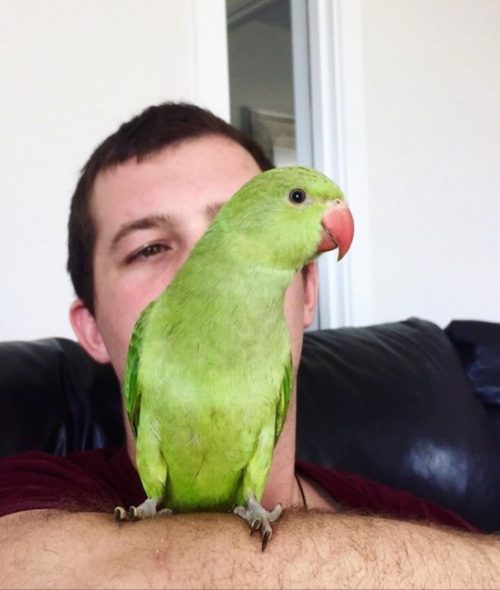 Its owner confesses to enjoy seeing his parakeet play so innocently with the cat. The scene is reminiscent of the Warner Bros production Loonet Tunes cartoon series .

Oscar and George are the new Tweety and Silvestre of social networks. 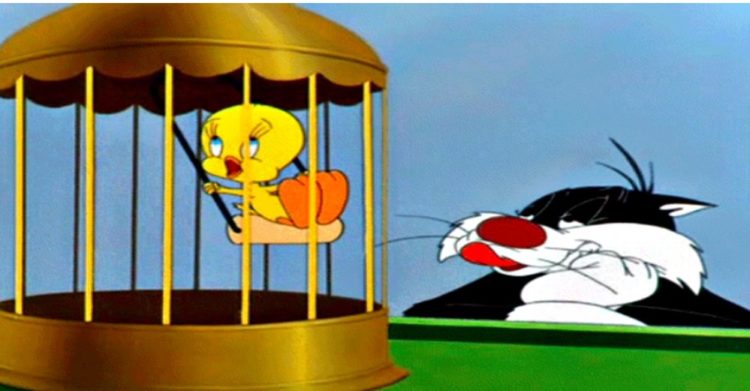 After the comparison, all Internet users do not stop commenting on the unique friendship between these little animals. A relationship full of tenderness and suspense, Oscar and George have never shared more than a visit separated by a large glass , for everyone it is a mystery to know what would happen if one day they meet in the garden.

Turn up the volume and enjoy Oscar’s charm as he speaks his magic word.

Oscar’s owners can’t believe how much impact the video has had on social media. Since its publication they have achieved thousands of reproductions , their owners are delighted and overwhelmed with so much attention. In this regard they point out:

“We woke up to so many emails and messages about him playing peekaboo with George the cat. We are very happy that our little green monkey makes us all very happy.” 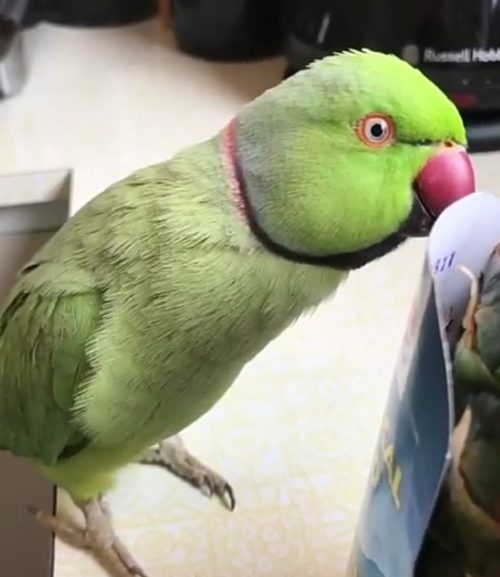 The mischievous “green monkey” has another playmate, a bird named Poppy who also lives in the house. Perhaps the only one who is not very happy is the restless kitten, their friendship is from a distance but it is the best for both of them . The important thing is that despite the glass that separates them, each one has fun in their own way.

Share the note so that everyone can enjoy the beautiful melody of Oscar saying “peekaboo”.