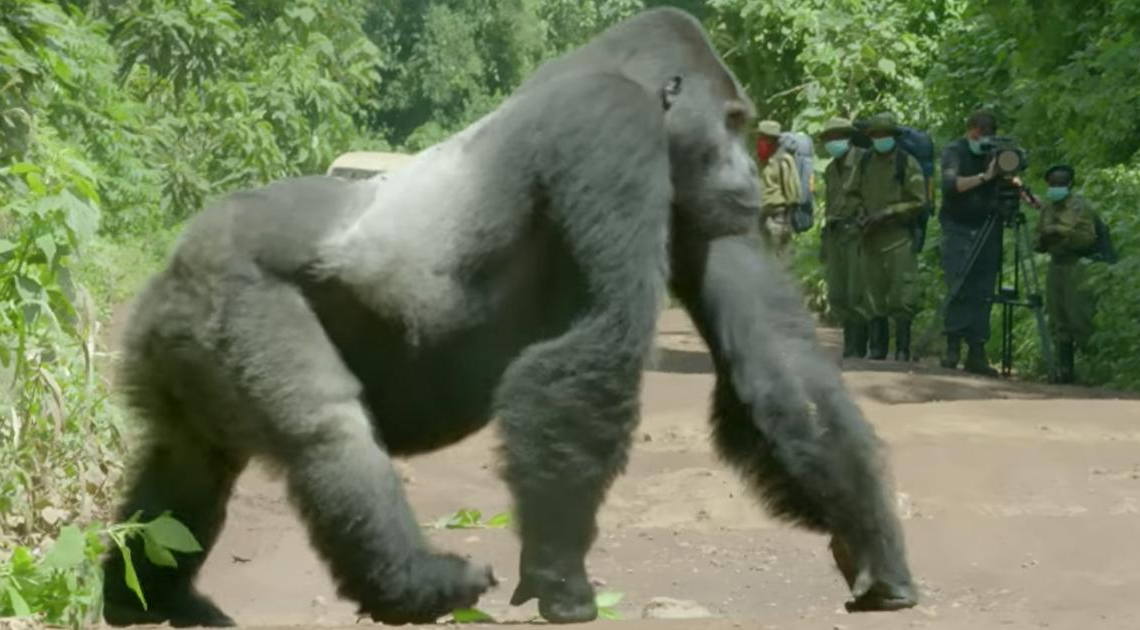 Gordon Buchanan, wildlife photographer, never expected to get such rare footage when he went off to the Democratic Republic of Congo in order to film a piece for BBC in 2017. He and his camera crew were setting up, as usual, when the strange sight caught his eye. 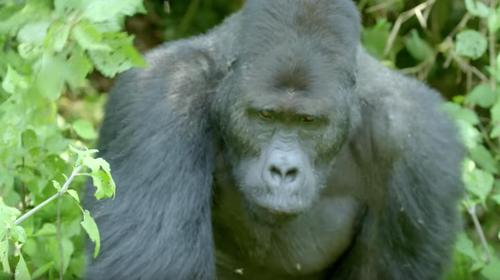 Off in the bushes was a large, silverback gorilla standing off to the side of the road and scanning the area as trucks continued to drive by. Buchanan knew that he needed to capture whatever was happening on film. And lucky for you, he did. So you can see it all for yourself in the video. 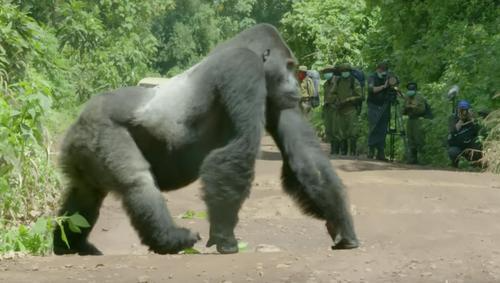 Buchanan was savvy enough to know that something was going on when he noticed the tense look of the gorilla, as you’ll see in the video. But as time passed, he still couldn’t figure out what was bothering the large primate. After some time, he finally sent his crew to step into the road for a better look. And suddenly, the silverback’s intentions became clear. And with cameras ready and rolling, they caught the stunning sight. 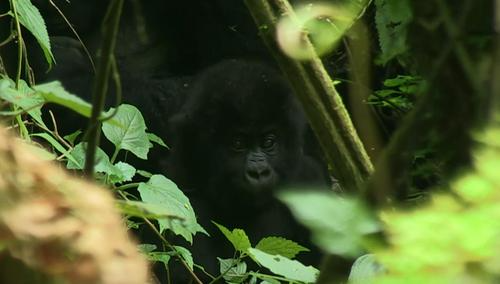 Instead of letting the cameras get closer, the silverback made a rather bold move. With Buchanan’s crew in the road, traffic came to a halt. And with the trucks now out of sight, the massive silverback gorilla finally made a move.

The silverback bravely stepped into the middle of the road and stood guard, signaling for the rest of his family to cross. That is when the crew realized that the primate must have been on edge because he was trying to protect his family.

He was worried about getting his family across the road safely, without getting them hit by a truck. 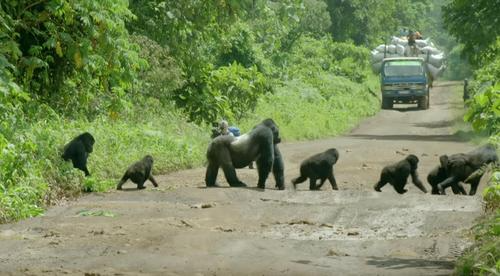 Gorillas are naturally protective of their families. And, thankfully, this gorilla family was able to cross the road safe and sound. Buchanan was even able to capture some amazing footage of the endeavor. And thanks to all of this, you can watch this footage and see this amazing silverback gorilla escorting his family safely across the road for yourself.

We all know a gorilla momma who would do something like this for her babies! Show this to the fiercest parents you know, and let us know what you thought of this gorilla’s actions in the comments!