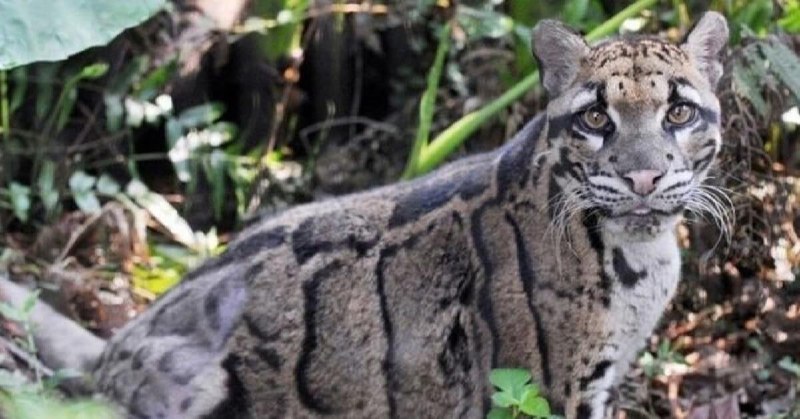 Formosan clouded leopard (Neofelis nebulosa brachyura), a rare species of large cat in Taiwan, thought to be extinct because it hadn’t been officially sighted since 1983. Taiwanese and U.S. zoologists also surveyed the region during the period from 2001 to 2013, but they failed to find even one leopard. So, this species was declared extinct in 2013.

However, these creatures have been reportedly sighted roaming around in the wilderness of Taitung County, Taiwan, by multiple witnesses alive and well in January 2019, inspiring a group of rangers to monitor the area. The rangers have now reported two sightings of a group of Formosan clouded leopards hunting goats, and one running up a tree. The significance of the find is striking for locals in the area, and they are now holding tribal meetings to discuss the sightings and how to stop outsiders from attempting to hunt leopards.

Tribal members believe they could stop the hunting in the area by outsiders, while the elders of the village are lobbying Taiwanese authorities to end logging and other activities that harm the land. National Taitung University’s Department of Life Science, Professor Liu Chiung-hsi says that he believed this animal still exists. Liu said that the Formosan is known to be quite agile and vigilant, eluding human attempts to trap or otherwise capture it, so it is no surprise that it has not been seen by a human being in more than two decades.

According to scientists and conservationists, the Earth is currently undergoing the sixth mass extinction of plants and animals and species going extinct at up to 1,000 to 10,000 times the natural rate. So, the spotting of the Formosan clouded leopard in Taiwan is the great news for our planet.