Dog Who Lost Her Babies Adopts An Orphaned Litter. 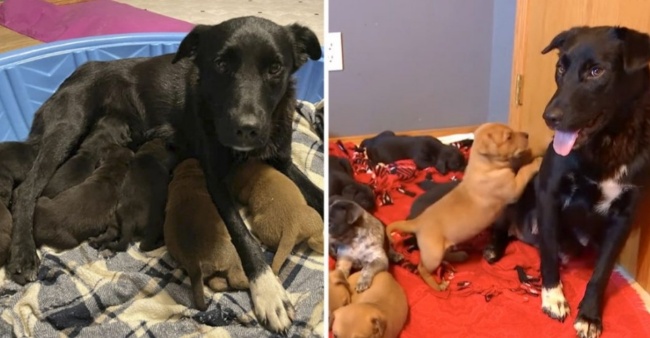 When a baby comes into our lives we feel like the luckiest and happiest person in the world, and that also happens with animals. For example, a mother lioness nurses all her cubs regardless of whether they are hers. A mother leopard hides her cubs in different dens to protect them from predators.

A mother’s love for her children is truly unique and extraordinary. But many times life in the animal kingdom can be very cruel and sad. Sometimes a mother can lose all her puppies and go on with her life. But that was not what happened to Pepper, a dog who lives with her family in Minnesota, United States.

Pepper had serious complications in childbirth and unfortunately all the beautiful puppies that came into this world lost their lives. His owners commented that Pepper was very sad for that loss. It was obvious that she was depressed, because of the disappointment of not having been able to be a mother.

But what this disconsolate dog did not expect is that near her state some puppies suffered a situation that could give Pepper the opportunity to be a mother.

An animal shelter reported that a litter of puppies had a very difficult birth and the mother was unable to survive. The puppies were born very healthy. And although it is very likely that they could survive without a mother, the owners began to look for a mother who could take care of them and nurse them.

They began to take turns so that the puppies could have food 24 hours a day. And although they could continue working like this with them, they knew that the best thing was to look for a surrogate mother. 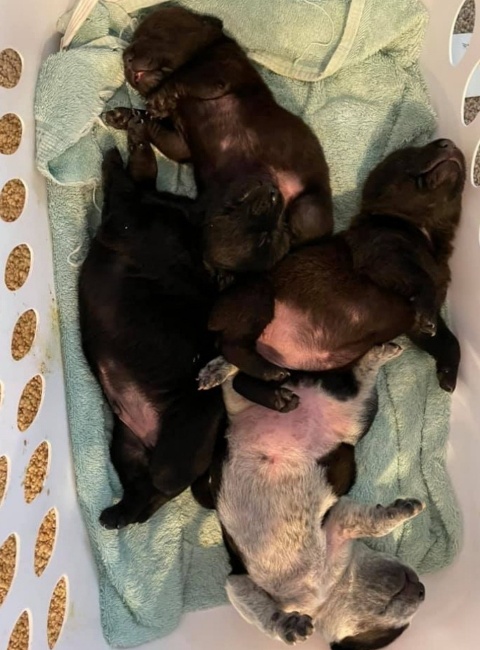 Up to this point we already had two very unfortunate stories, but that was about to change. The hope of being able to have a family was closer than ever. Shelter staff did their best to find a foster mother, and then they met Pepper.

“When she got to our house, we took her to the puppy room, and she immediately sat down next to the litter. I started to arrange the puppies around her, and she lay down. And the pups instinctively limped towards her and started nursing ,” said Lexi Johnson, the foster mom and volunteer with Ruff Start Rescue.

Pepper ended up having a family that she can feed and watch grow.

“All the babies were thriving with their humans, but the best place for them is with a mom who can not only give them a good milk, but also teach them dog things, behaviors that we as humans can’t.” 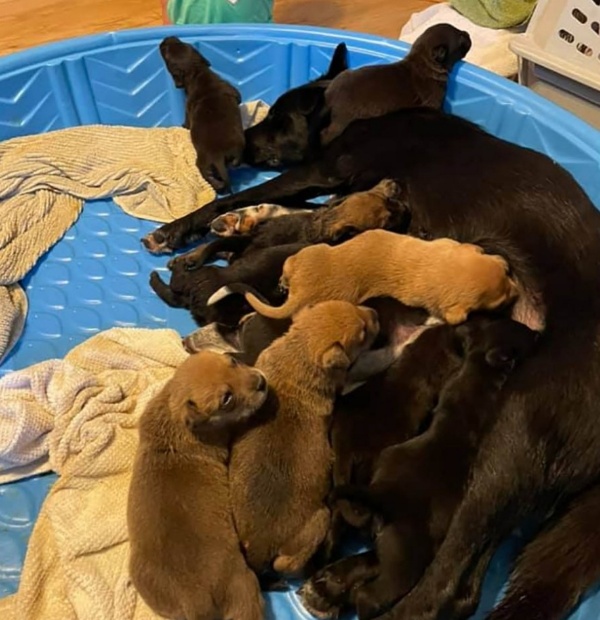 The puppies and their new mother are doing very well. And it is hoped that soon everyone will be able to find a new home.