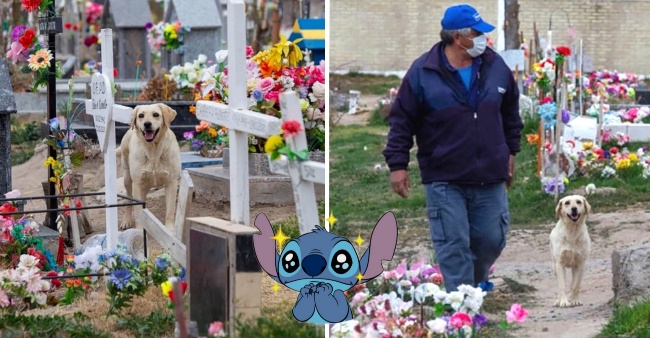 A dog’s loyalty to its owners knows no bounds. How many times have we heard stories of puppies that refuse to leave their owners even when they have passed away.

Although these kinds of stories seem to only happen in movies, in this Educational Pet post you will meet Bobby , a puppy who never left his owner, even after he died.

Although the death of his beloved human surely hurt him a lot, Bobby decided to accompany him and never leaves his grave, proving that not even death could separate them.

Currently Bobby lives in the cemetery and is in the care of Daniel Cisterna , a man who works as a gravedigger and who has now become his best friend.

“Three years ago its owner died and since then it has never left the cemetery. He stayed because his owner is buried here, ” said Daniel Cisterna to Diario Rio Negro.

When he suffered the loss of his owner, Bobby was completely convinced that he would be with him until death. A few days passed after the burial and the family of Bobby’s owner went to look for him. But he refused to leave that place where his best friend was.

Little by little, Bobby won the affection of the local workers, who even provided him with a little house.

“The puppy stayed on top of his owner’s grave, he didn’t want to leave. They tried to get him into a van, but he left and went back to the grave of his best friend. He doesn’t want to leave, he wants to stay with his mistress”, commented Daniel.

His family understood that they had to leave the puppy there, since that was his will and only then would he be happy. Although there are more dogs in the cemetery, Bobby is very special because of the enormous loyalty and love that he showed. 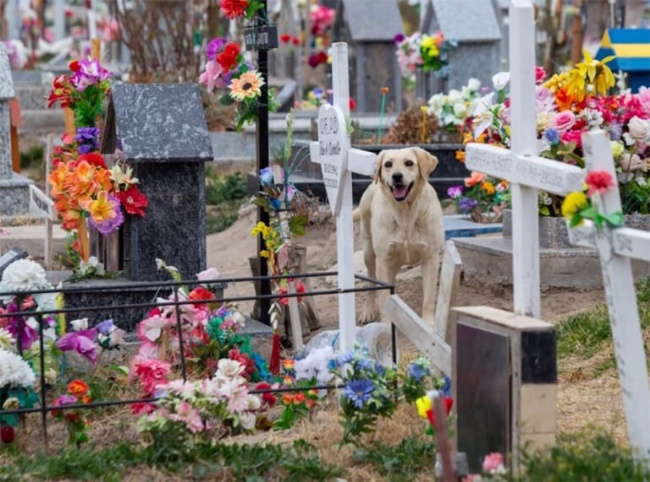 “I was very touched by his love for his human. His unmatched loyalty is something I have never seen before.”

Both Daniel Cisterna and Bobby get along very well, and they have a great affection for each other. Since the man begins his work in the cemetery, the puppy begins to follow him everywhere. In fact, when he hears Daniel arrive on his motorcycle, he approaches the door to greet him.

There are many people who have become fond of this puppy, Adriana Carrasco is one of them. Every week she brings him food and when she gets sick she takes him to the vet. Adriana met Bobby when he went to visit his mother’s grave and since then she has helped all the puppies in the cemetery.

Bobby helps people emotionally when they go to bury their loved ones.

When Daniel leads the funeral, the dog lays down with the grieving family and watches the ceremony.

Daniel said, “He understands her pain. He seems to understand her enormous pain.”

People are moved by the action that the puppy does, and when the workers tell him Bobby’s story they are completely surprised and happy, it seems that he becomes a kind of emotional therapist.

“The dog has chosen to live in a cemetery. This is his home. Love, food and veterinary care will not be lacking. He is doing very well there,” he concluded. 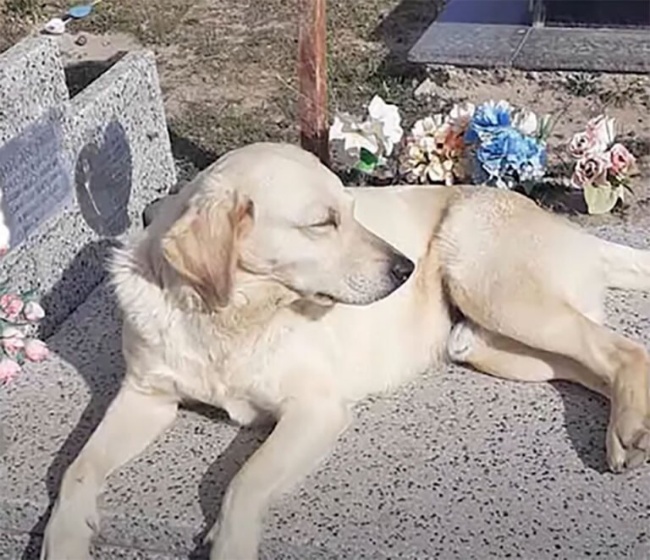 The dog is the only being in the world that will love you more than he loves himself. – John Billing