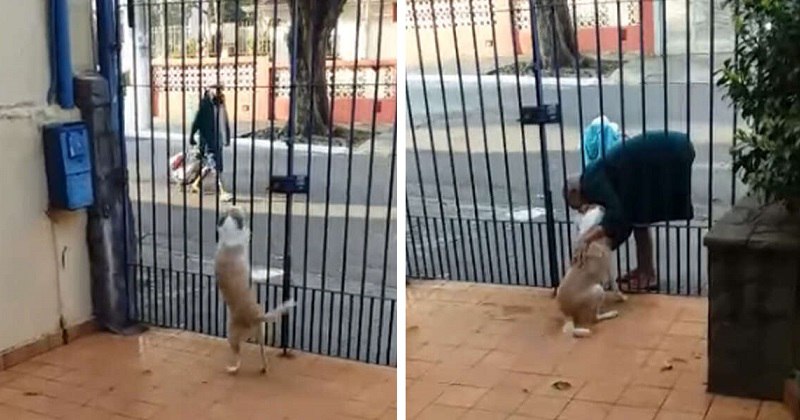 As a general rule, protective dogs tend to bark at strangers encroaching on their house. But this is not true for the dog named Mimi from Brazil. She has formed an adorable friendship with a homeless man who visits her every day.

The two friends even share a sweet daily routine that melts Edna Kobori, Mimi’s owner. He even filmed their heartwarming routine and shared it on social media, where it went viral and captured everyone’s heart. “Mr. Sebastião, a homeless man, can’t pass by my street without talking to Mimi,” Kobori said. “She knows who loves animals.”

Here’s a clip from one of their visits:


The video shows Mimi wagging her tail and waiting for Sebastião. When she sees him, she immediately heads over to greet him, jumping up affectionately as he’s showered with pats and strokes. After a couple of seconds, the two finish their visit and part ways. Kobori doesn’t know when Mimi and Sebastião’s sweet routine began, but he is sure that they love these beautiful little visits so much.

Please share this sweet video with your friends and family members!