Dad didn’t want a dog, now he tucks him in to sleep

In this Educational Pet post, you will meet a dad who was captivated by the tenderness of a Golden Retriever puppy. At first; like most dads, they didn’t want a dog at home, but now he even takes it to bed and makes sure it’s well sheltered. 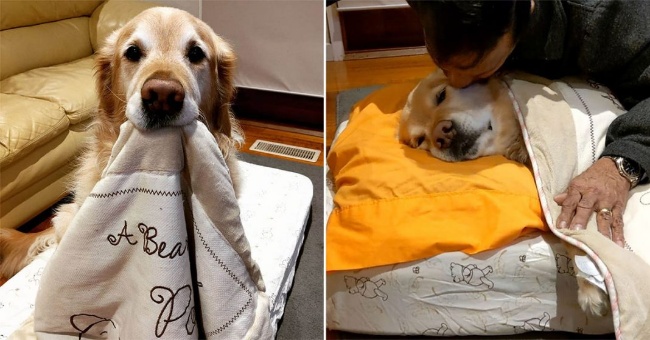 Many people intensely love pets, especially dogs. But in some cases, certain people prefer to only see the puppies from afar. And although their decision is respected, many end up madly loving a puppy.

A few years ago Rachel Rodríguez bought a beautiful Golden Retriever puppy, she was very happy to acquire a dog of this breed. She, in turn, did not know if she would really take him home, since her parents were not going to agree with having him. 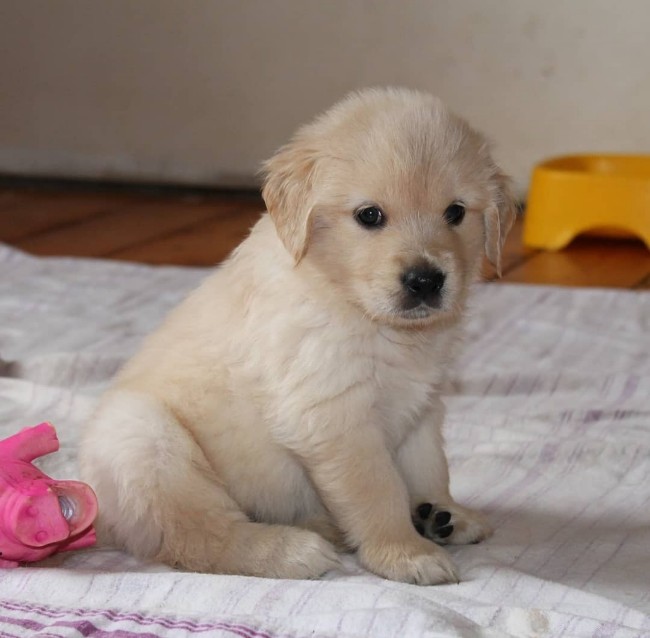 Dad didn’t want to keep the dog, now he had grown spoiled.

“My parents were very averse to dogs because we’ve always had cats and were reluctant to do the extra work (training, walking, grooming, etc.) that a dog entails.”

Even with all this, Rachel decided to take the puppy home, but to her surprise her parents were very happy and accepted the puppy without problems. No doubt Rachel was totally surprised. They named this puppy Oliver, and thanks to his cute personality, it is how his parents accepted him and fell completely in love with him.

From the moment Oliver arrived home, Rachel’s dad formed a very special bond with the puppy.

I’m so proud of him!

“Dad was in love with him from the beginning. He often carried Oliver around the house with him. For the first week, Oliver had a stomach ache that kept him up all night, so Dad slept on the floor with him under a blanket and rubbed his belly all night,” Rachel said.

And it is that sometimes the most unexpected visits are the ones we appreciate the most, and when Oliver came home, he became his unconditional friend. Although he doesn’t want to admit it, Rachel’s father treats Oliver like one of the family’s sons and the dog loves it.

Oliver caused Rachel’s dad to do things I never imagined he would do. When it’s time to sleep, he covers him with a blanket to protect him from the cold. And this can be done every time the puppy sleeps. It’s such a cute thing.

“Oliver was sleeping on his father’s pillow and his father thought it best to cover him up,” Rachel said.

Rachel’s dad didn’t want to have a dog at home, but now he tucks him in like a big boy, he’s like the best friend everyone wants to have.

The scene where Rachel’s father shelters Oliver was recorded and shared on Instagram, where many users were completely touched when they saw the video.

“This video is almost exactly like Oliver’s relationship with his father. His father treats him like a real baby (but won’t admit it). Oliver seems to be the same,” Rachel concluded.

This friendship that Oliver and Rachel’s father formed, will last for many years. And they both love each other too much. 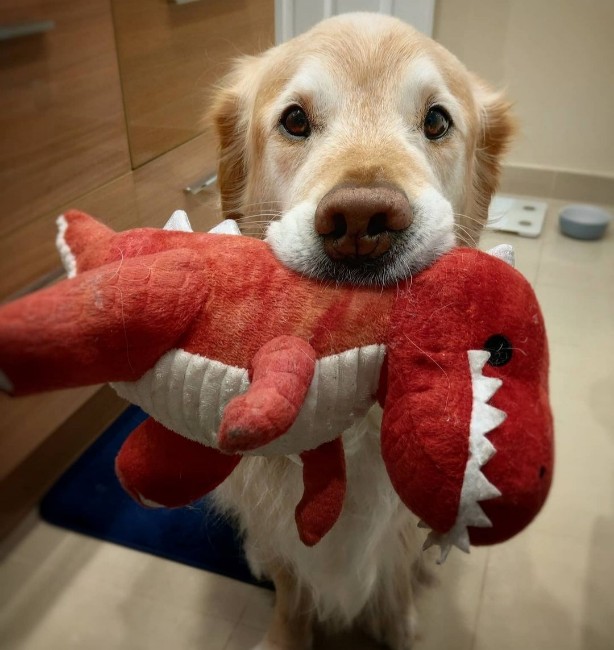