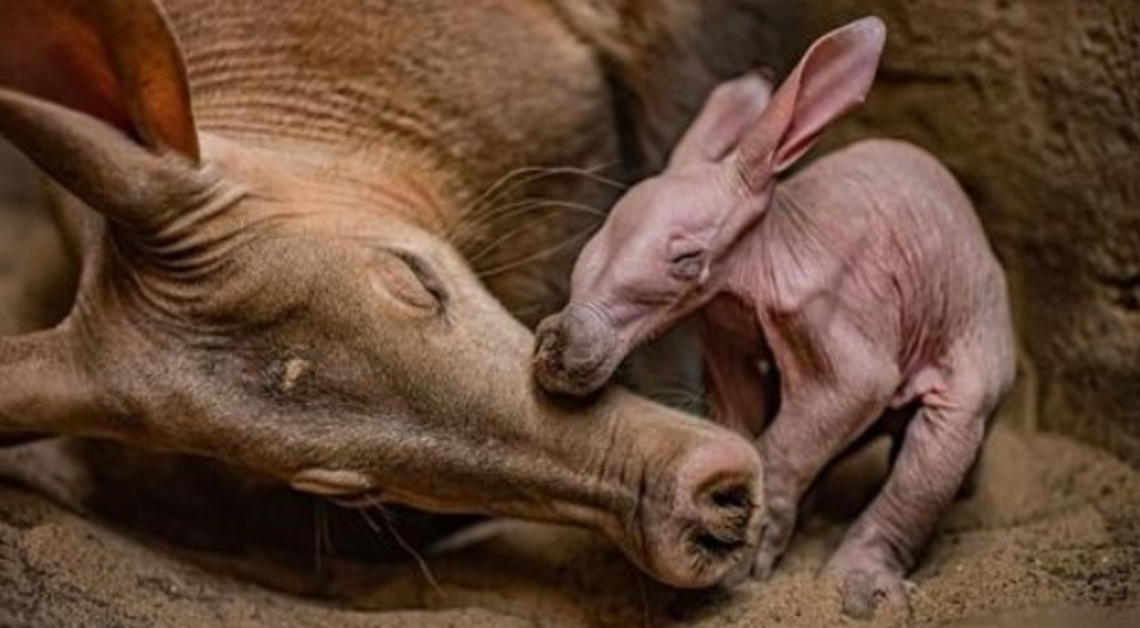 A newborn aardvark has been born at Chester Zoo for the first time in its 90-year history, writes lancs Conservationists discovered the new arrival snuggled up with its eight-year-old mum Oni and six-year-old dad Koos after it had been born overnight on January 4. The calf, born with large droopy ears, hairless wrinkled skin and giant claws, is currently being hand-reared every evening by zookeepers who are providing dedicated care, feeding the baby every few hours through the night for around five weeks, to help it gain strength. The sex of the new arrival is yet to be determined but staff have nicknamed the youngster Dobby due to its resemblance to the much-loved Harry Potter character. Aardvarks are native in sub-Saharan Africa where they are threatened by habitat loss as a result of agricultural development, which also bring them into conflict with local farmers. They are also hunted for their meat. The word aardvark translates to âearth pigâ in the language of Afrikaans. The nocturnal animals use their long noses and keen sense of smell to sniff out ants and termites, which they lap up with a long tongue measuring up to 25cm, covered in sticky saliva. The animals use their powerful claws to tear open termite mounds, as well as to dig underground burrows in which they sleep. 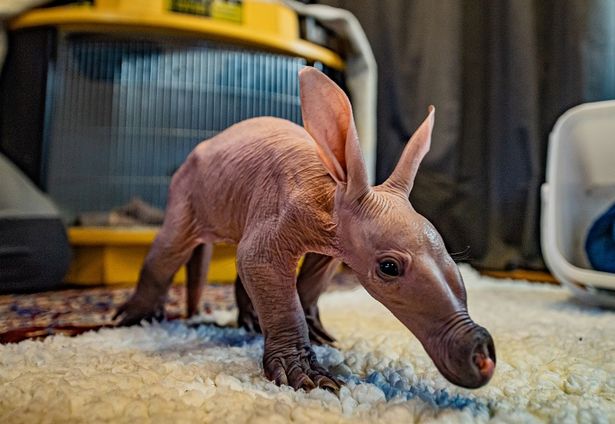 Dave White, Team Manager at the zoo, said: âThis is the very first aardvark to be born at the zoo and so itâs a momentous landmark for us and a real cause for celebration. Weâre overjoyed. âAs soon as we spotted the new baby next to mum we noticed its uncanny resemblance to the Harry Potter character, Dobby, and so thatâs the calfâs nickname for the time being! We wonât though know for certain whether itâs male or female for several more weeks until the calf is a little older. âAardvark parents are notorious for being a little clumsy around their newborns. With the baby being so tiny and fragile, weâre therefore protecting it from any accidental knocks and bumps by helping mum out with supplementary feeding sessions throughout the night, just until the calf is a little stronger. ”So, in the evening, when the parents are out exploring and feeding, we carefully place the calf into a special incubator and take it home to feed with warm milk every few hours. The calf then spends the daytime bonding and snuggled up with mum Oni inside her burrow â and theyâre both doing great together.â 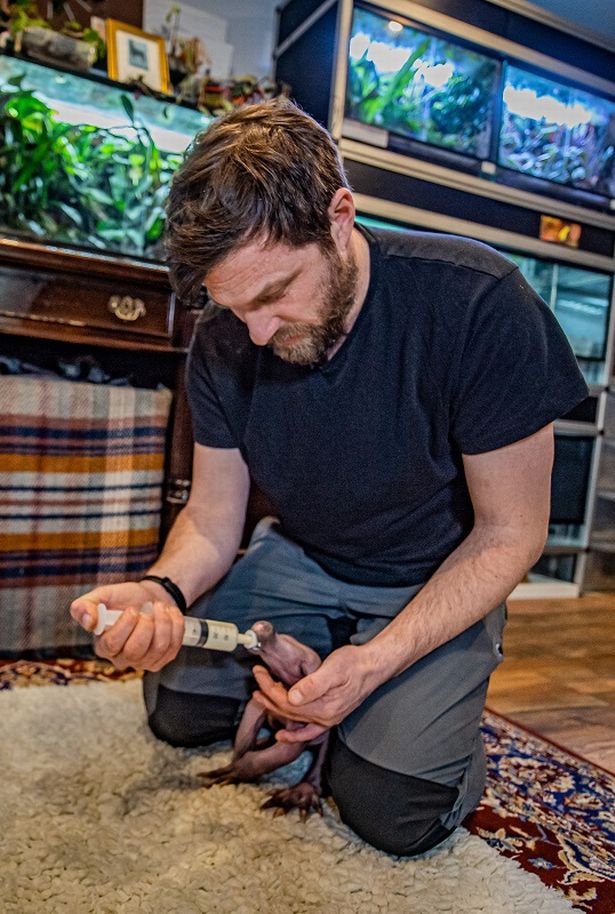 With only 66 aardvarks found in zoos across Europe, and a mere 109 in zoos worldwide, Chester is one of just a small number of zoos caring for the species. Mark Brayshaw, Curator of Mammals at the zoo, added: âAardvarks are quite secretive creatures, which are mostly only ever active in darkness, and so some aspects of how they go about their lives remain relatively unknown. Caring for species like aardvarks in zoos enables us to learn more about them – how they live, their behaviours and their biology. ”All of this information is then shared with other leading conservation zoos and helps to better inform our efforts to preserve their numbers. âThis new calf joins a conservation breeding programme that only a handful of zoos are part of globally.â Source: lancs.live