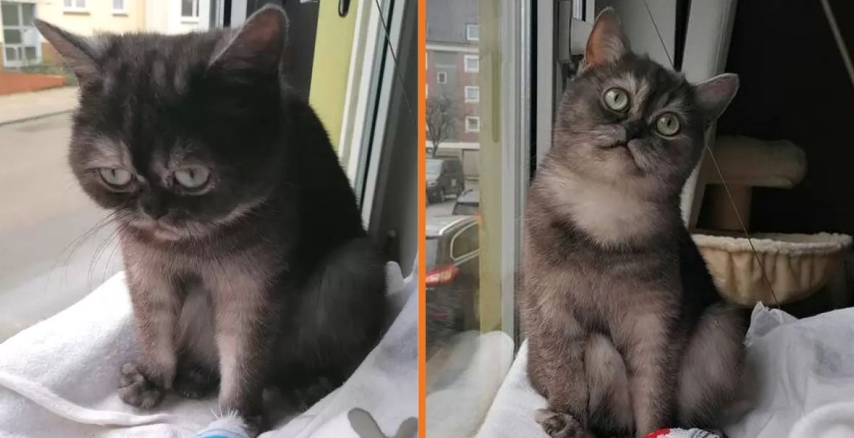 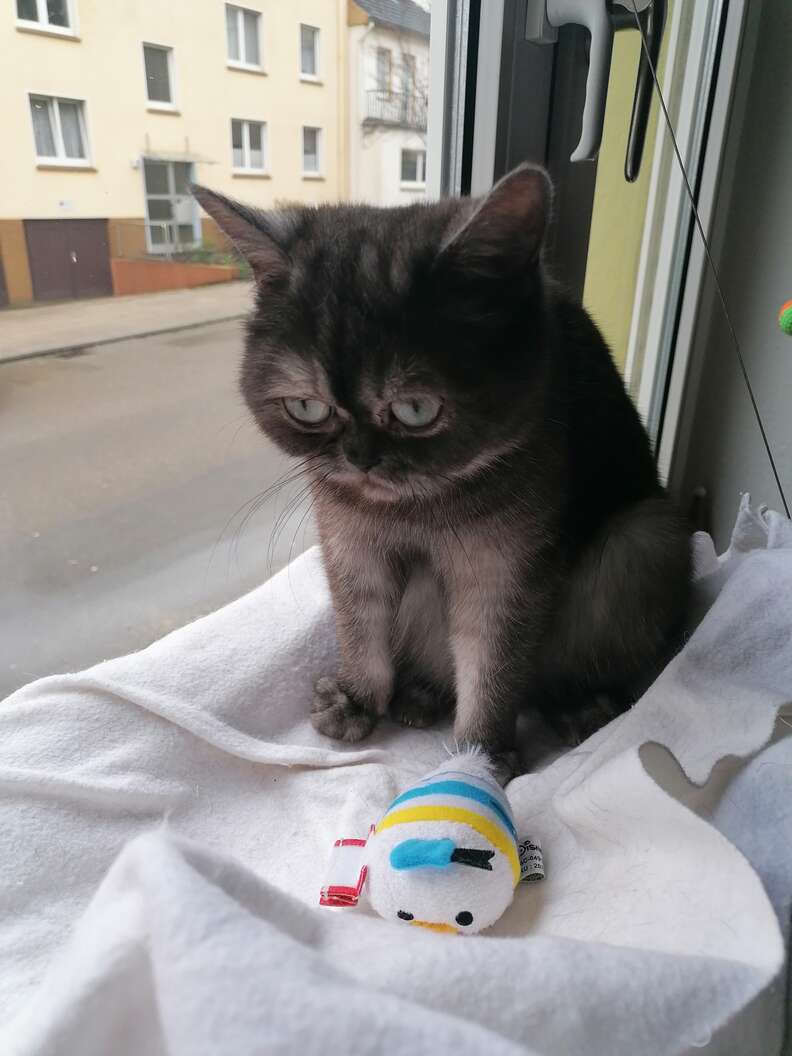 There was something unique and interesting about the cat’s flat face, huge sad eyes, and tough attitude that made Francisca stop scrolling. 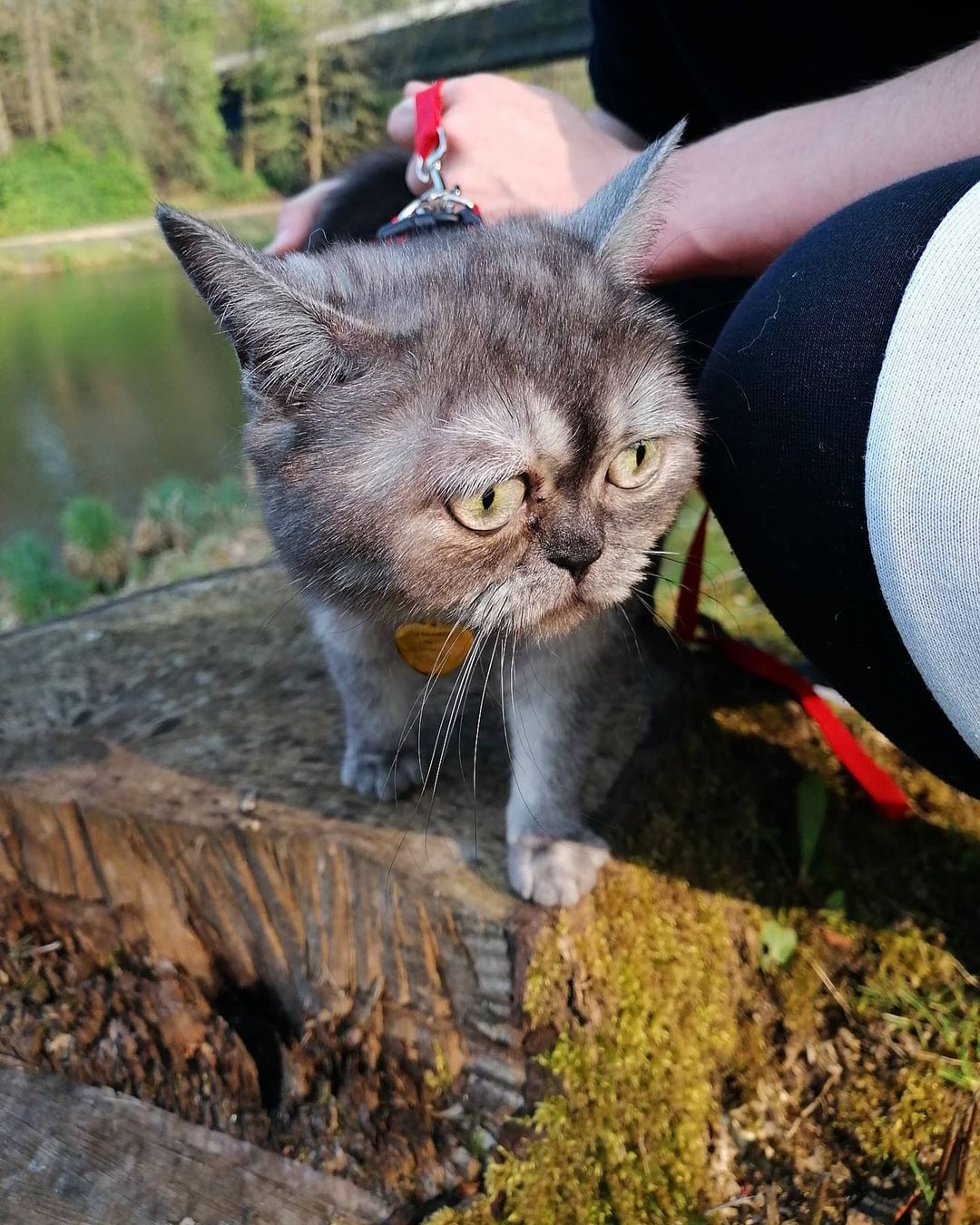 “I saw her photo and fell in love the second I saw her,” She told The Dodo. “Well, at first I laughed because the pictures were so funny and I’d never seen a cat like this before.” 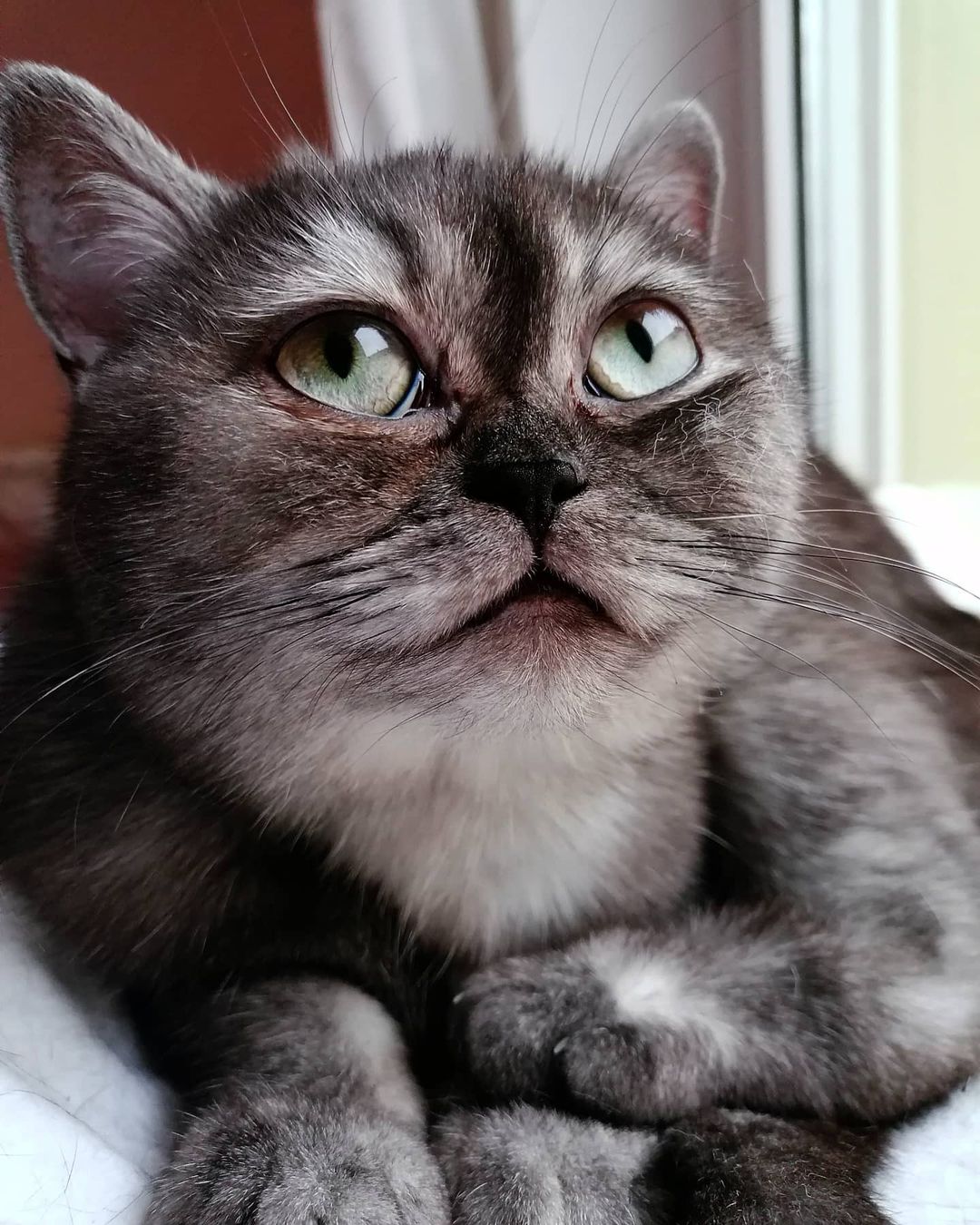 So she contacted the shelter right away to see if the cat was still available, and couldn’t sleep that night from her nerves. 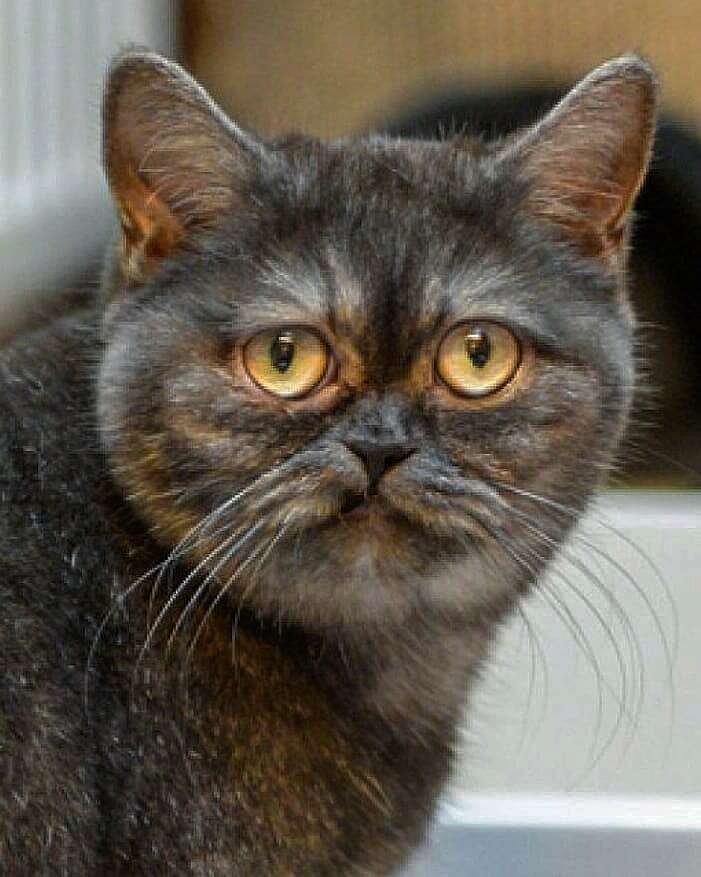 Much to her delight, the shelter called her back with good news, and they couldn’t believe that someone actually wanted to adopt Bean. 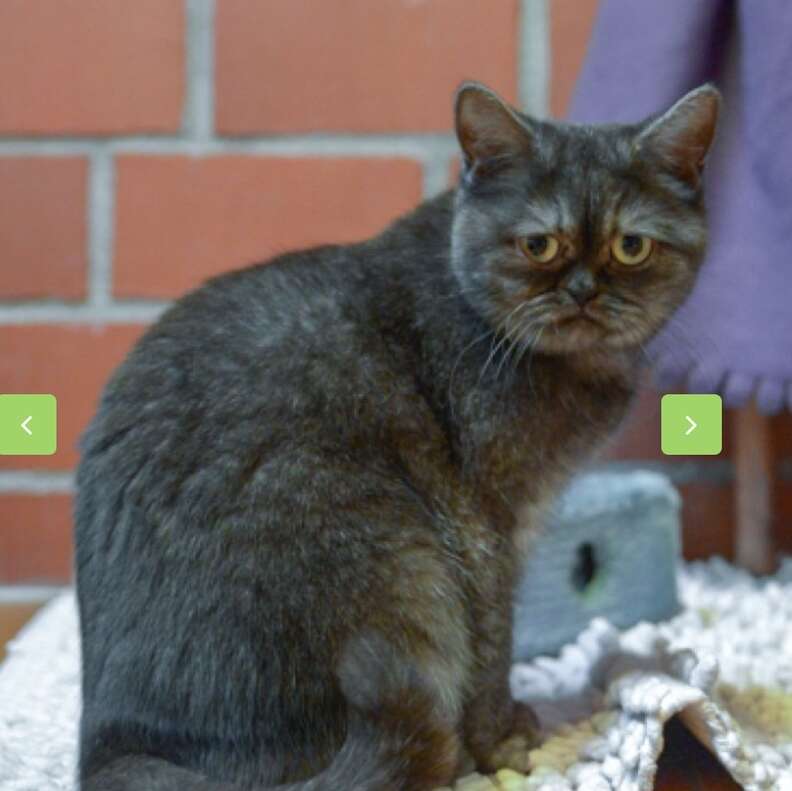 “I got a call from a friendly lady from the rescue who asked me if Bean was really the cat I wanted to apply for because, apparently, nobody had been interested in her before,” said Franken. 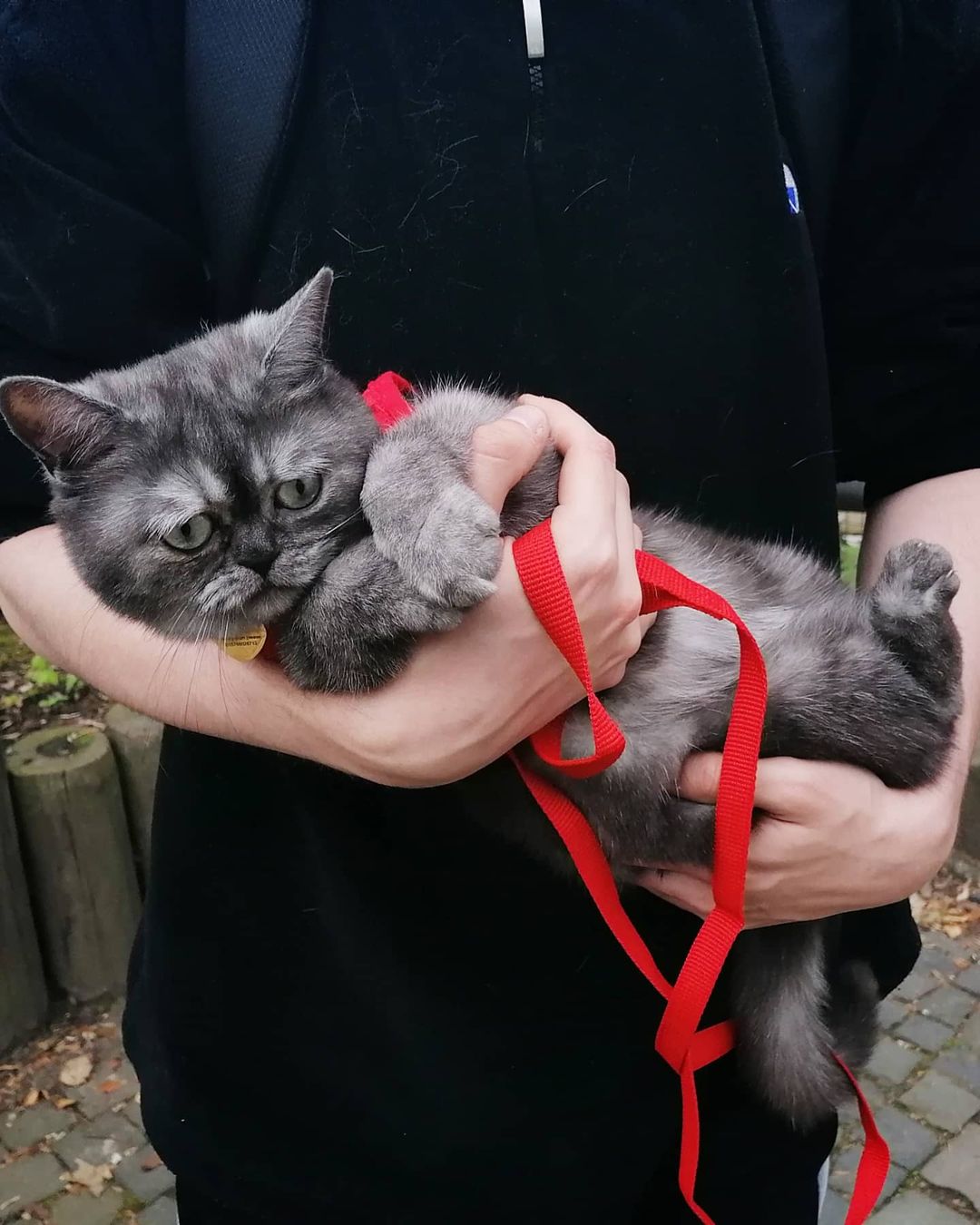 “The woman who called me was scared that I just pressed the wrong button or something.”

Bean was a stray living in a trailer park before she was rescued by the good people from the shelter. 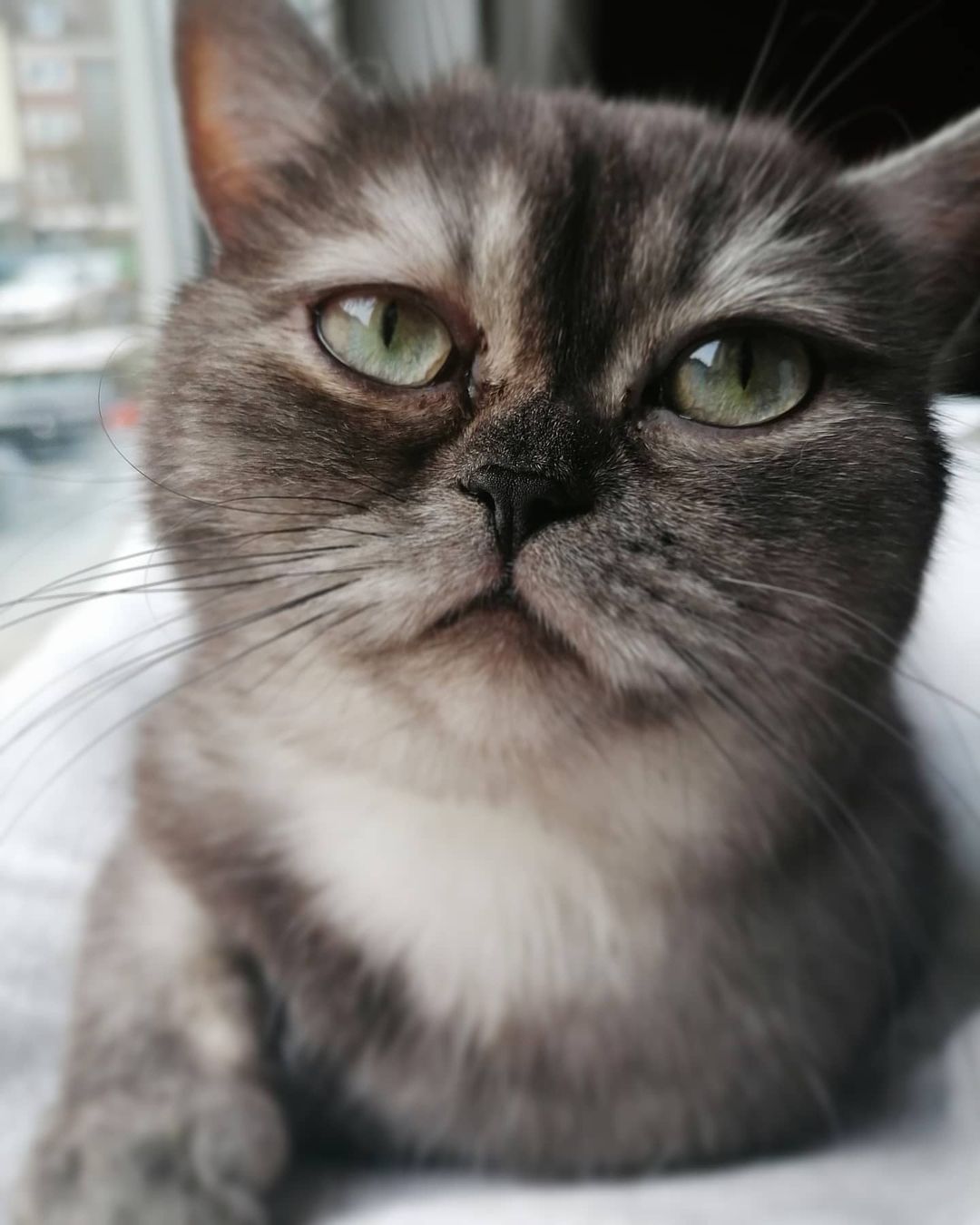 She suffered from many ailments such as an eye infection, and a lack of love and a home, but Franken was out to change that. 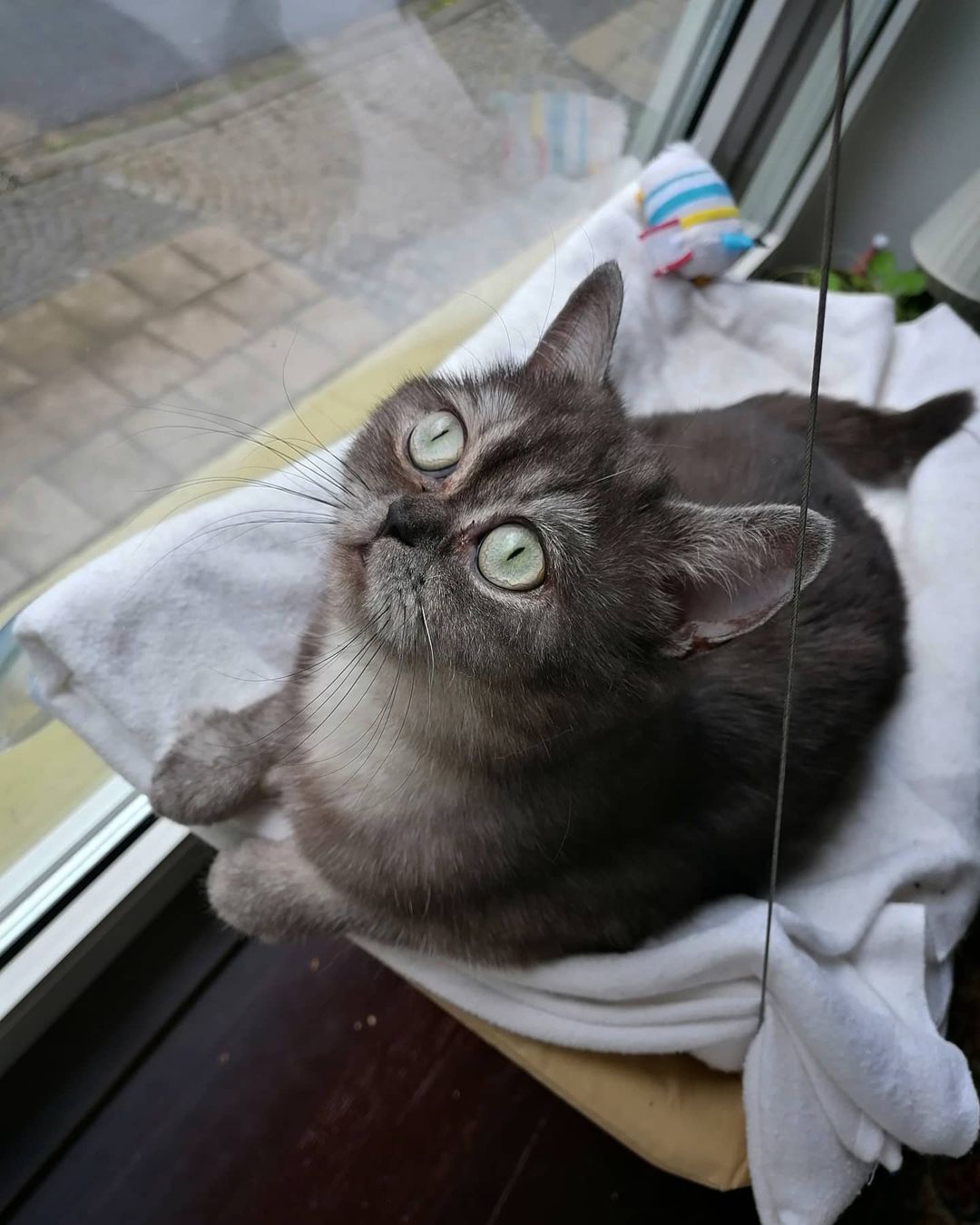 “One woman led me to her room, and what I saw was much more beautiful than I could ever imagine,” she said. 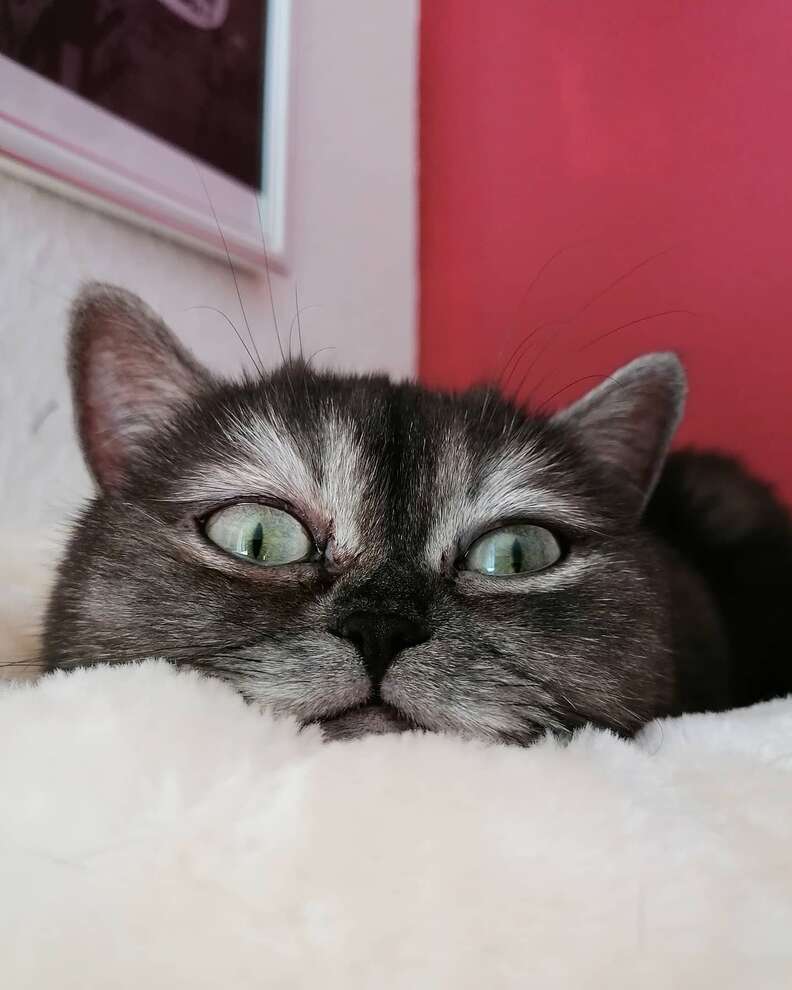 “Bean was (and still is) so tiny and small. She has very stubby legs and a short tail and the flattest face I had ever seen.” 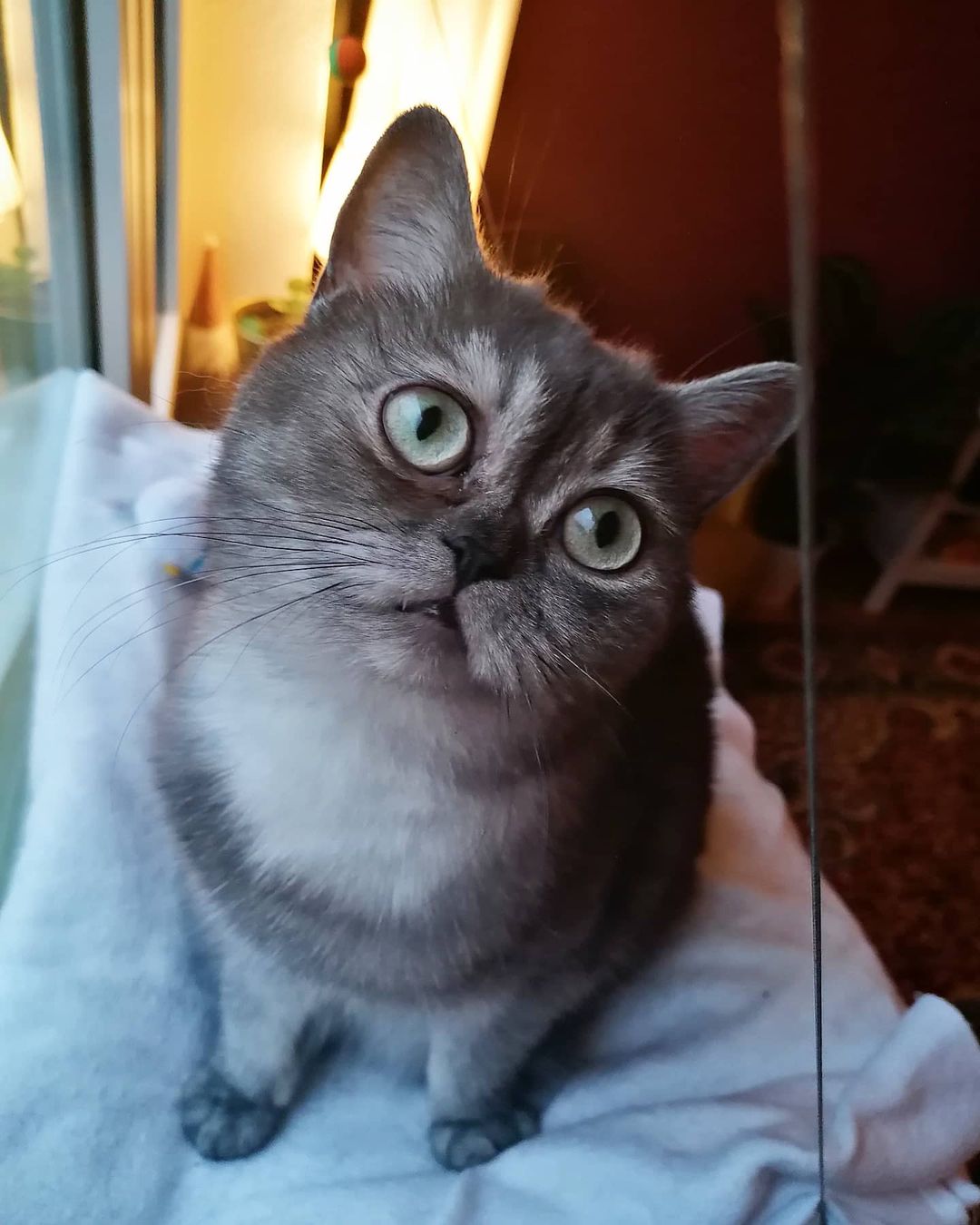 “I started crying when I walked into her room because I was so overwhelmed. She was not at all what I had imagined — but it was so much better.”