Can You Believe That These Gigantic Animals Actually Exist In Real Life? 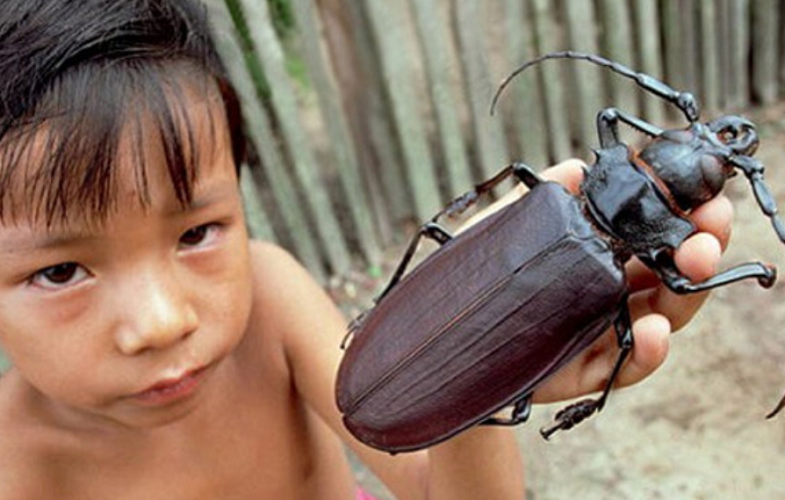 You do not have to be an animal expert to know that dinosaurs were massive creatures. The dinosaur is not the only species of animals to be massive, however. But with the rise of humans and predators, these creatures stopped growing that big. These days, animal gigantism mostly happens in islands because the animals there are isolated from the mainland and therefore have fewer predators and more resources. Get ready because the size of the animals on the list will shock you! It is hard to believe that many of them eat the same amount of food as their normal-size counterparts…

In 2009, a bull called Field Marshall had a weight of 3,682 pounds! Only He was able to pain 300 pounds in just one year. Arthur Duckett, the owner, said, “He’s in very good health and there’s no reason why he won’t keep on growing. He’s only eight and unless something unforeseen happens he will get bigger and bigger. But he’s not fat – he’s all muscle. I could feed him heavier but I don’t want to make him look grotesque, I want him to be healthy and put on weight naturally. That’s why I keep him outdoors in a field and not inside.” 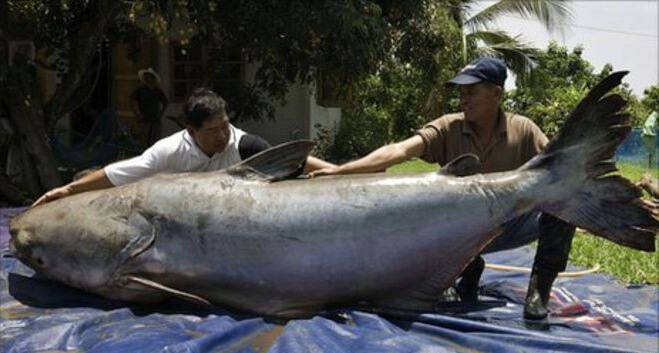 On May 1, 2005, these northern Thailand fishermen caught a giant catfish in the Mekong River. It weighed 646 pounds and had been nearly 9 feet long! This meant that it was as huge as a grizzly bear. The creature is actually the biggest freshwater fish in history. Sadly, they are endangered and are disappearing. A World Wildlife Fund member by the name of Zeb Hogan shared, “I’m thrilled that we’ve set a new record, but we need to put this discovery in context: these giant fish are uniformly poorly studied and some are critically endangered. Some, like the Mekong giant catfish, face extinction.” 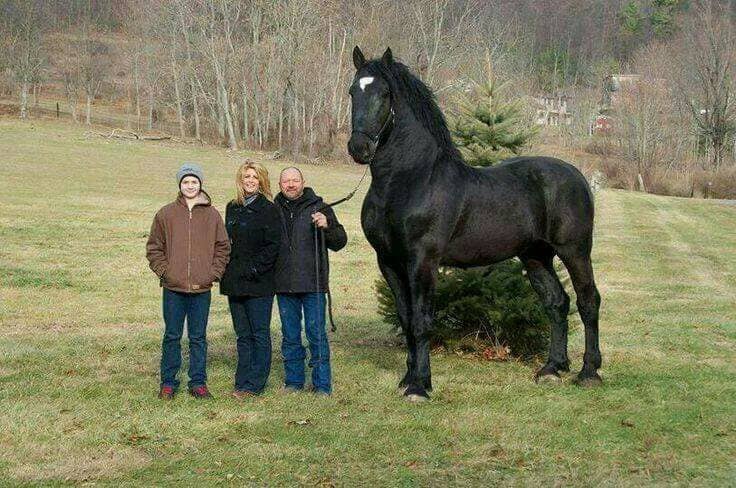 The gigantic horse in the photo is the draft horse who has earned the honor of being the Percheron supreme world champion. He has been named Windermere’s North American Maid, but you can call him Moose. His owners have said that he has won a lot of championships across North America. They explained, “We started calling North American Maid ‘Moose’ because he was always such a big colt. Now he stands 19 hands and moves with incredible action.” They also talked about the breeding program that they used him for: “We feel Moose is the complete package in a Percheron stallion; one where you can acquire the size to be competitive in the show ring without sacrificing style.” 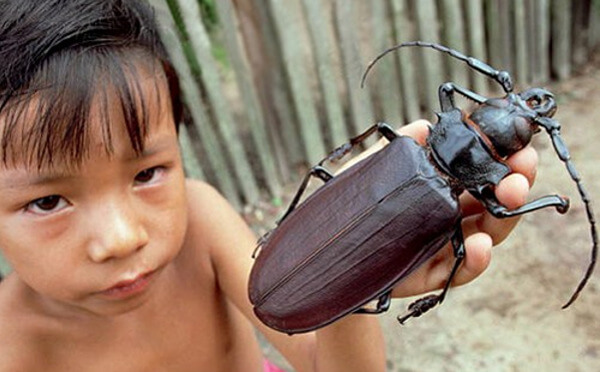 You might want to skip to the next one if you do not like bugs. The Titan longhorn beetle lives in the South America rainforests. You can find these critters in Colombia, Peru, Colombia, Venezuela, and Brazil. They are among the biggest beetles on the planet! The biggest specimen found had a length of 6.6 inches! Even though Hercules beetles are sometimes longer than that, they are measured from the horn protruding from the thorax. This means that the bodies of the Titans are a lot bigger than that. They also have mandibles so strong that they can snap pencils in half. Their strong jaws, hiss, and bite are effective at warding off predators. Aside from that, the adults do not eat but look for mates. 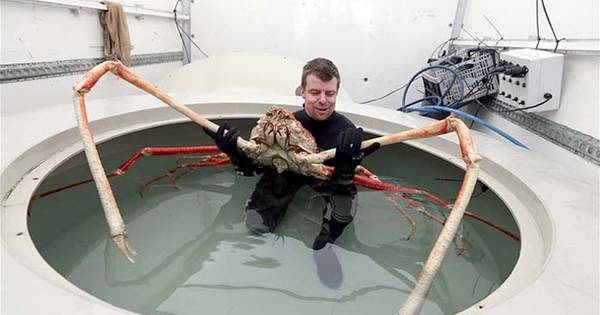 Look At The Legs Of The Japanese Spider Crab

Look At The Legs On The Japanese Spider Crab

The Japanese Spider Crab is the biggest crab in the world! They live in the waters of the Asian country and have the biggest leg spans of all arthropods. From claw to claw, their legs can grow as long as 18 feet. The width of their bodies can go up to 16 inches, while they can weigh up to 42 pounds. They are also known as “taka-ashi-gani,” which literally means “tall legs crab.” Their armored body keeps them safe from predators like octopi. It is neat to hear that they are great at camouflage and hide with the use of sponges, shells, and other water elements. They are considered a delicacy as well! 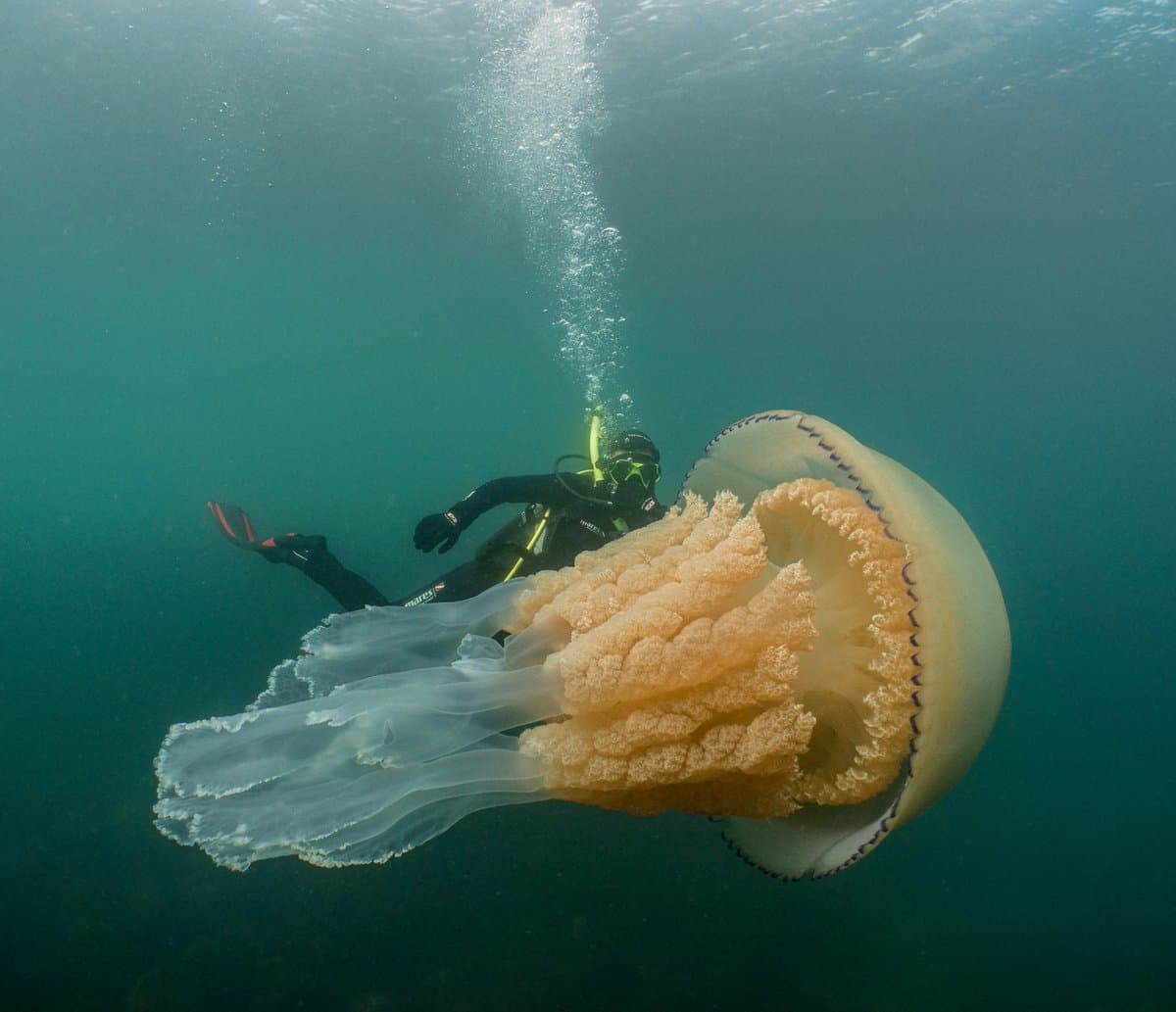 This Jellyfish Is Bigger Than An Adult Human

This Jellyfish Is Bigger Than An Adult Human

Lizzy Daly and Dan Abbott, a biologist and an underwater cameraman, had been diving near the English coast when they saw a huge barrel jellyfish. It was even bigger than Daly! The incident happened in July 2019. She took to social media to share the photo and wrote, “Woah!!!!! We went diving in Falmouth yesterday to finish off #WildOceanWeek and came across this GIANT barrel jellyfish! What a way to finish off this marine wildlife adventure!” The two of them had been filming wildlife footage to help a fundraiser for the Marine Conservation Society. On average, the animals have a diameter of 16 inches, although there are times when they can grow up to 35 inches! 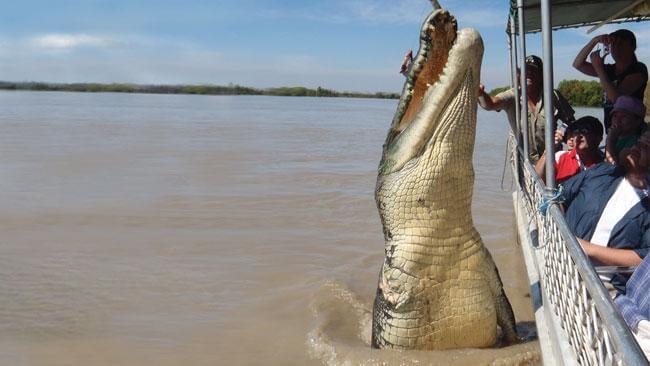 In general, male saltwater crocodiles to weigh anywhere from 1,000 to 2,000 pounds. In 2014, a giant saltwater crocodile called Brutus made headlines when he caught a bull shark between his jaws! The croc was 18 feet long and was seen in the Adelaide River. Originally, he was famous for snacking on kangaroo meat in his “jumping crocodile” tour. However, what truly made him a celebrity was his encounter with the poor shark. “It’s pretty gobsmacking for them. A lot of people who come on these cruises haven’t seen a crocodile before. To see them in the wild up so close, I think they’re awed. It’s like seeing a dinosaur really,” explained an Adelaide River Cruises representative called Harry Bowman. 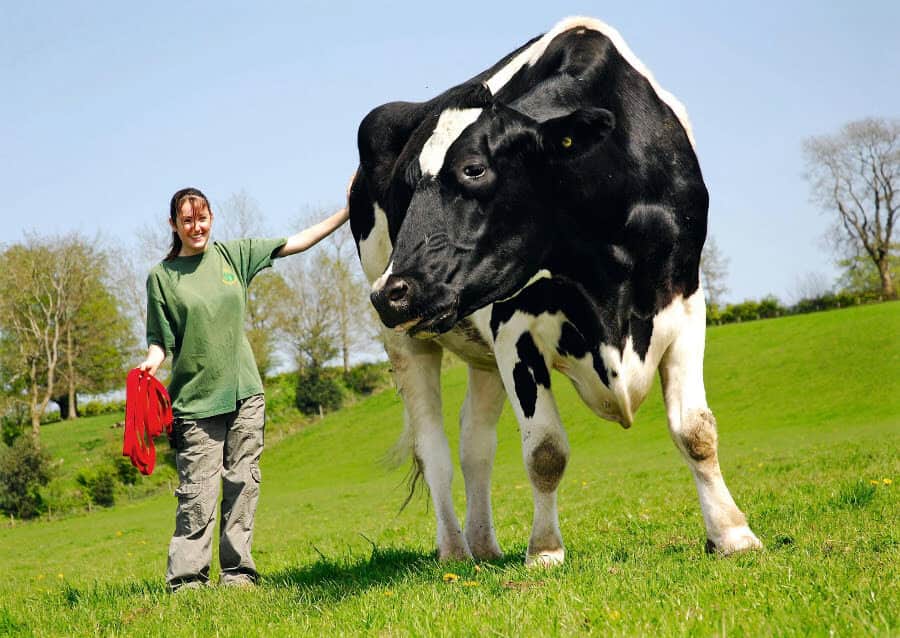 Chilli The Giant Cow Is Taller Than Other Bovines

Chilli The Giant Cow Is Taller Than Other Bovines

You are looking at a photo of Chilli the big cow with his caretaker, Jenny Wheadon. She works at the Ferne Animal Sanctuary in Somerset, England. The cow is incredibly big at 6 feet 6 inches tall. In 2008, she talked to Today about him: “He’s fed exactly the same as the other cattle — just fresh Somerset grass and good air.” A regular-sized cow is usually 18 inches shorter than Chilli, who weighs an incredible 2,750 pounds. Together with four other cows, he was abandoned there one morning. However, he was the only one who was that huge. “He just grew and continued to grow and grow,” Jenny revealed.