Blind Dog Can’t Contain Her Excitement When She Feels Snow 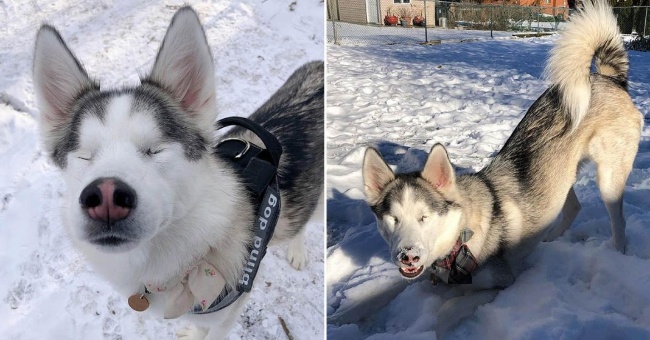 A beautiful little dog was blinded in both eyes when she was just a puppy, and every time the cold winter arrives, she gets very excited when she feels the snow.

Every day we learn a lot from animals, and more about what they have some special need, since they show us that despite the difficulties we must continue enjoying life. This dog who lives in Toronto, Canada, is a great example of this.

Her name is Mackenzie and she is a Siberian Husky dog, she came home when she was just 10 weeks old. At first her owner Mandy Leung realized that she was going to be different from the other dogs, as she was totally blind in her right eye. This affectation occurred due to an ocular glaucoma that damaged her optic nerve.

When Mackenzie turned 4 months old, she woke up unable to see out of her left eye, leaving her blind in both eyes. This happened just a month after learning that she had this complication.

Despite this inconvenience, Mackenzie is a very happy and cheerful dog. Despite her blindness, she does not allow this to be an obstacle to enjoying her life to the fullest. 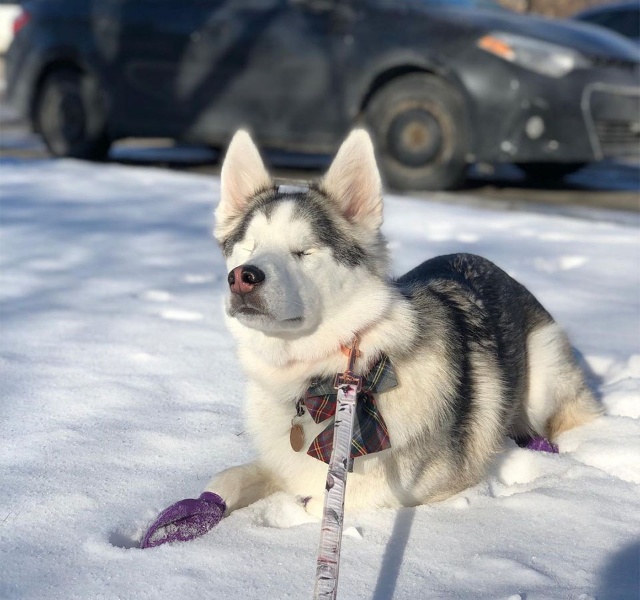 Since she became blind at a very young age, it allowed her to adapt perfectly to the environment, and her life is like any other dog.

“He gets around new places perfectly and can play fetch like a normal dog.”

In addition, her owner mentions that on many occasions she can forget that she is blind, since she looks directly into her eyes when she asks for something or speaks to her. The dog has the same activities as any dog, she loves to play in the park with other dogs, sleep with her mother and take long walks.

“Mackenzie is very quiet at home, but she is very silly and mischievous outside. She is the friendliest puppy and she has never met someone she doesn’t like.”

It is true that Mackenzie cannot see, but suddenly when he feels the snow on his face, on his mustache and all over his body, his reaction is really tender.

“Snow is one of her favorite things and she doesn’t want to go in there if it’s snowy,” Mandy said.

The Siberian Husky breed of dogs have a double coat of hair, which is why their abundant fur protects them from the cold. Mackenzie spends hours playing in the snow with no problem. 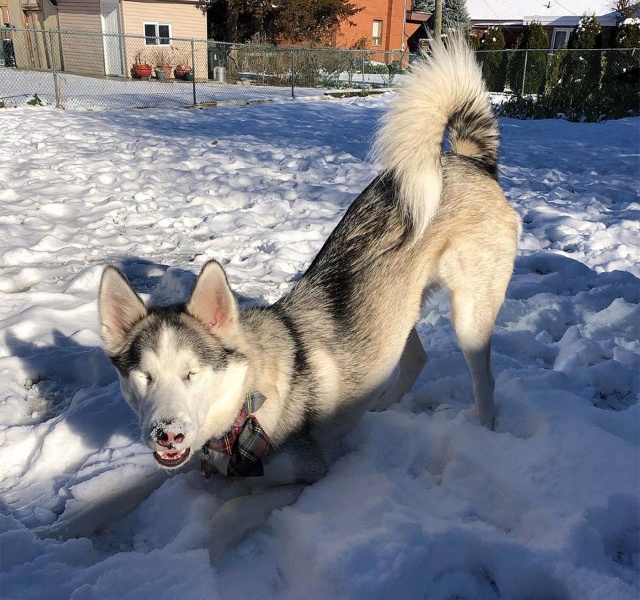 When she became blind at a very young age, this Husky dog ​​has managed to improve her sense of touch, hearing and smell. Although she would like the snow to last forever, but for now she only has to enjoy the winter.

The beautiful reaction of the dog is an example for all people, showing that being happy is a decision.