A woman did not know which dog to adopt and bought the shelter: she helped 250 dogs

More than 250 dogs from a dog shelter in Israel are in poor condition and a woman decided to help them by buying a shelter and closing the shelter so that no dog lives in such conditions. 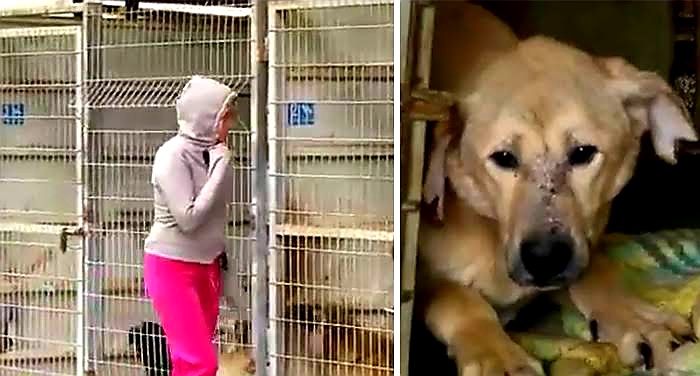 Danielle Eden is the co-founder of the Canadian Canine Sanctuary. She travels the world rescuing pets and brings some of them back to Ontario, Canada.

Rob and Danielle had been involved in rescues for many years and finally decided that the best way to help animals in need was to open their own rescue.

Danielle constantly travels to Israel to help some of the dogs, but has never found refuge in such an extreme situation. Instead of doing nothing, she decided to adopt 250 dogs with the intention of emigrating them to Canada.

“To say the dog shelter was overcrowded was an understatement. There were six dogs in each cage, all fighting over a loaf of bread to eat. There were rats everywhere and the dogs, most of whom had been there for years, were scared. ”

Rescue of a dog in Israel

Eden usually makes a list of the 10 to 20 dogs that most need her help and sends them to King City, Ontario.

“More than 260 dogs were waiting in a dilapidated shelter that only had room to house about 60 dogs. Many of these dogs had waited their entire lives in this shelter. Some were even born there.

It was wet that day and the dogs were up to their ankles in mud. The rats were everywhere and were fighting with the dogs over food, which consisted mainly of pieces of bread. We saw dogs covered in open wounds, dogs that had lost all their fur, and dogs that were on the verge of death. At that time we knew that it was impossible to choose only five or ten dogs and that we had to help them all,” they commented to the publication.

A story with a happy ending

After working with these dogs for several weeks, the shelter was closed so the dogs would not be in such conditions. Many of the people who used to live there have moved in with new families.

“These dogs had no positive life experiences before coming to Dog Tales. They were some of the most skittish and slow dogs we have ever met.

They were afraid of people, toys, food boxes, and even grass. At first we were concerned that these dogs would never find a family that could provide them with the level of patience, understanding, and unconditional love they needed to heal.

Dogs have found a variety of loving homes today!

Each dog has recovered and their actions show how they have improved with this second chance.

We have now found homes for almost all of these dogs.

It is truly amazing to see how these dogs have changed under the care of their loving families. These once desperate dogs now sleep in beds with their brothers and sisters. They feel proud for their family portraits.

We are very happy to announce that the Israeli shelter has finally been closed,” they commented.