A Stunning Iridescent Turquoise Appearance Occurs On A Bird Spangled With Bright Blue And Green Gems – Meet The Beryl-spangled Tanager! 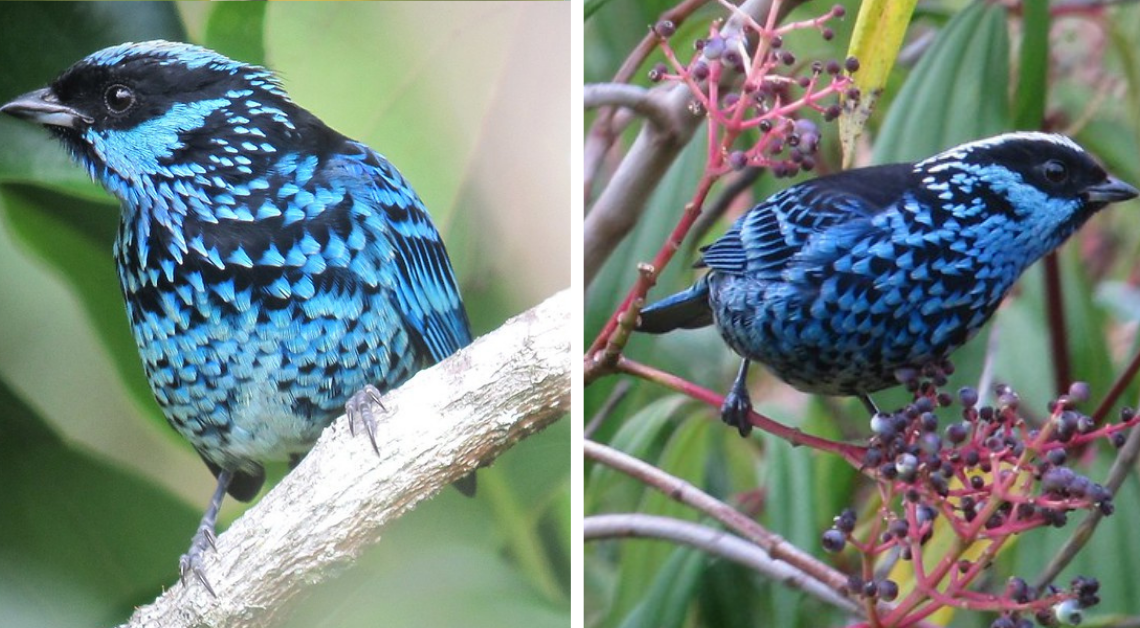 NO OTHER BIRD IN THE TANAGER FAMILY HAS SUCH A STRIKING SPANGLED APPEARANCE.

The Beryl-spangled tanager (Tangara nigroviridis) is not called spangled for nothing.

This bird’s entire body is boldly spotted with bright blue and green gems which contrast nicely with its black mask and back, giving its plumage a brightly spangled turquoise appearance. In short, this is a beautiful bird. 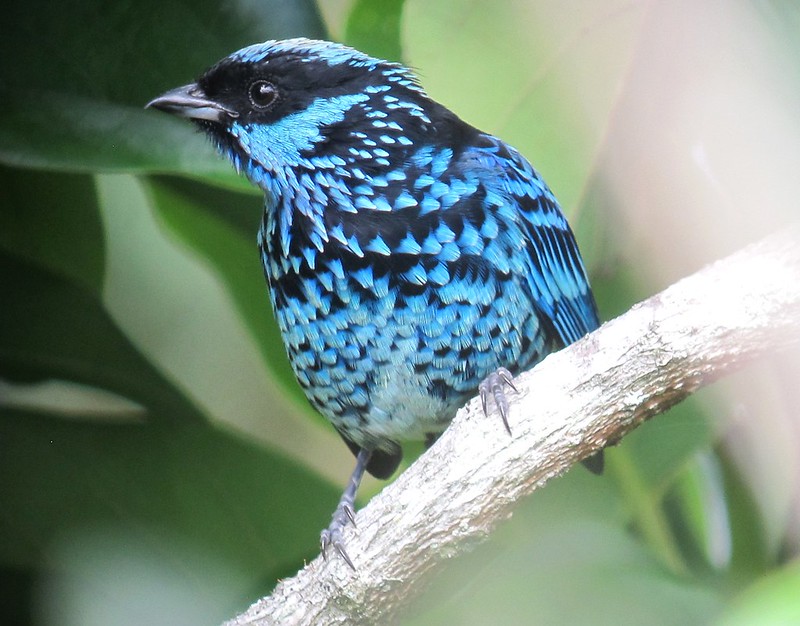 A small songbird, the Beryl-spangled tanager is only 13 cm (5.1 in) in length and was first spotted and described by Frédéric de Lafresnaye back in 1843. 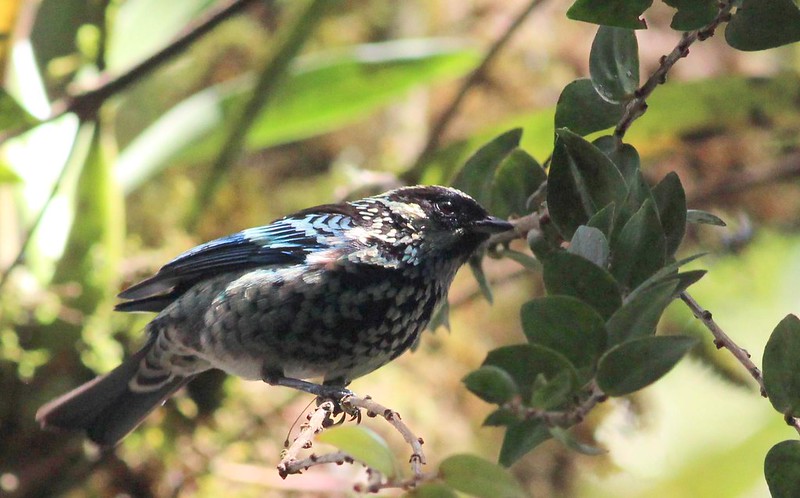 Even the female of the species has this spangled appearance, though the male is much more vivid. 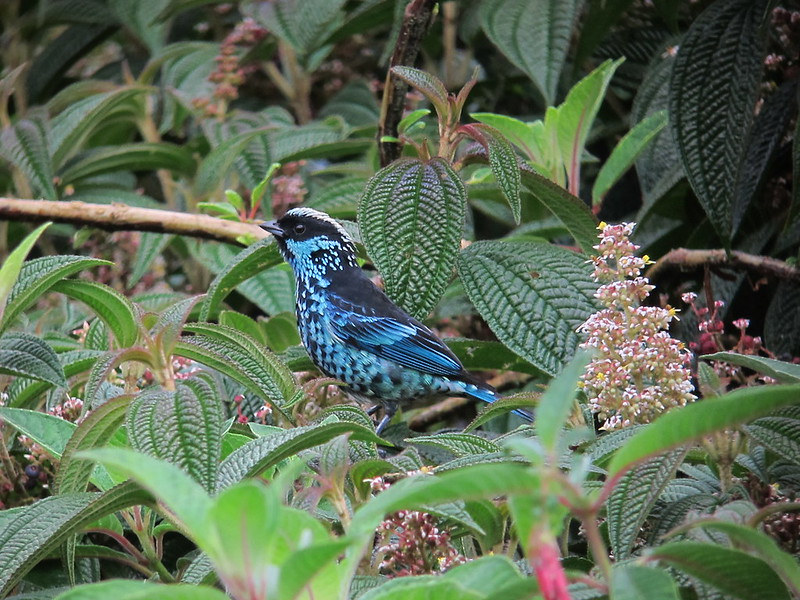 The Beryl-spangled tanager can be found living high up in the Andean Cloud Forests in Bolivia, Venezuela, Ecuador, Brazil, Bolivia, and Peru. 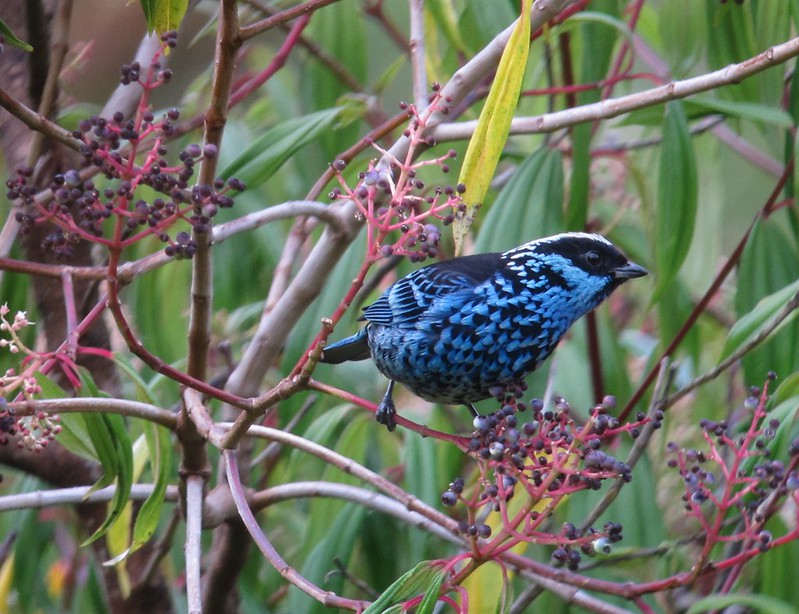 Living in humid forests, this bird likes to feed on fruit and nectar spreading seeds wherever it goes, in the process fostering the growth of new forests. 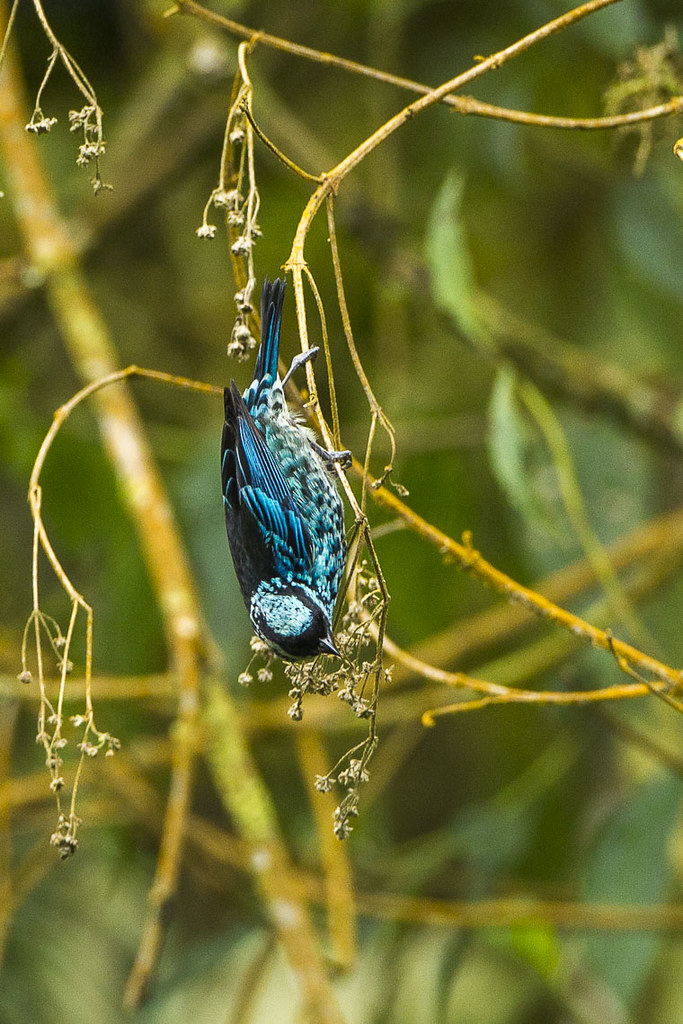 The female of this species builds a mossy nest in the fork of her chosen tree, where she lays 2-5 eggs around March. She will incubate the eggs for 13 to 15 days. The chicks will be fully-fledged in about 14 to 20 days. 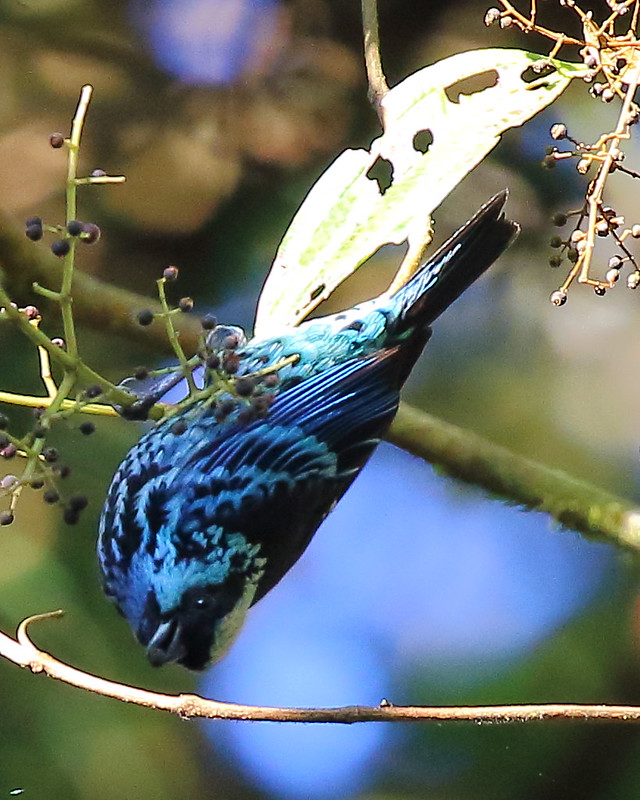 The exact number of birds is not known, but it is thought there are about 10,000 birds, being a stable population that is not too fragmented.