A Stunning Fluorescent Blue They Love To Attract Each Other’s Attention When In Reality, They Are Very Secretive – Meet The Splendid Fairy Wren! 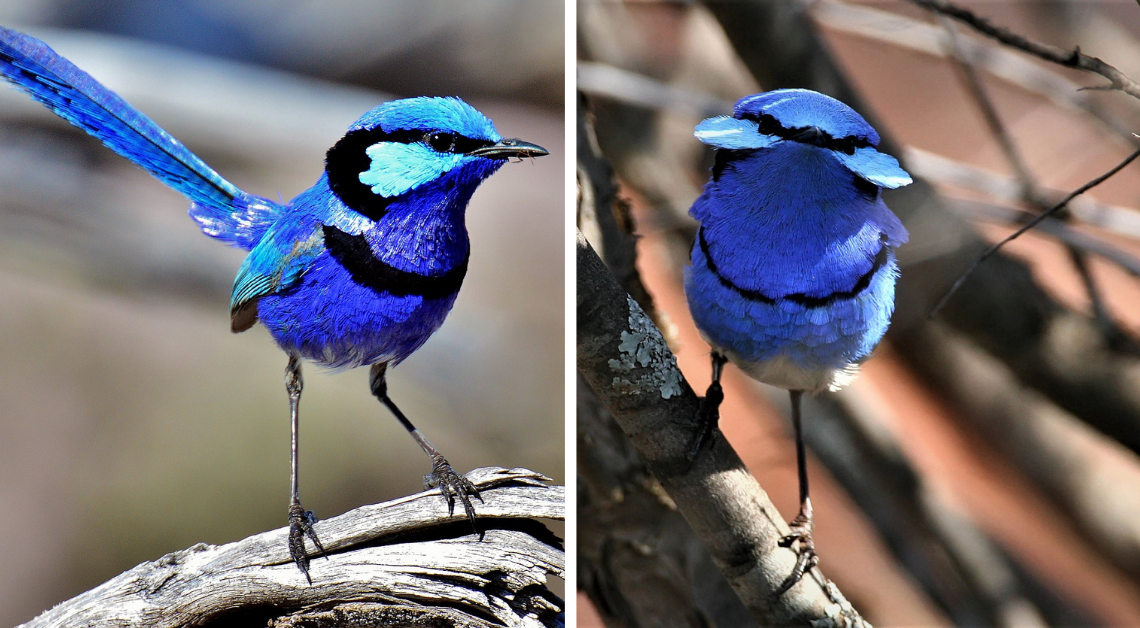 A MALE SPLENDID FAIRY-WREN WEARING HIS FULL BREEDING PLUMAGE HAS ALL THE VISIBLE QUALITIES TO STAKE CLAIM TO THE TITLE OF THE MOST STUNNINGLY BEAUTIFUL OF ALL FAIRY-WRENS.

Shades of stunning fluorescent blues combine with black and white to make this a beautiful bird indeed. 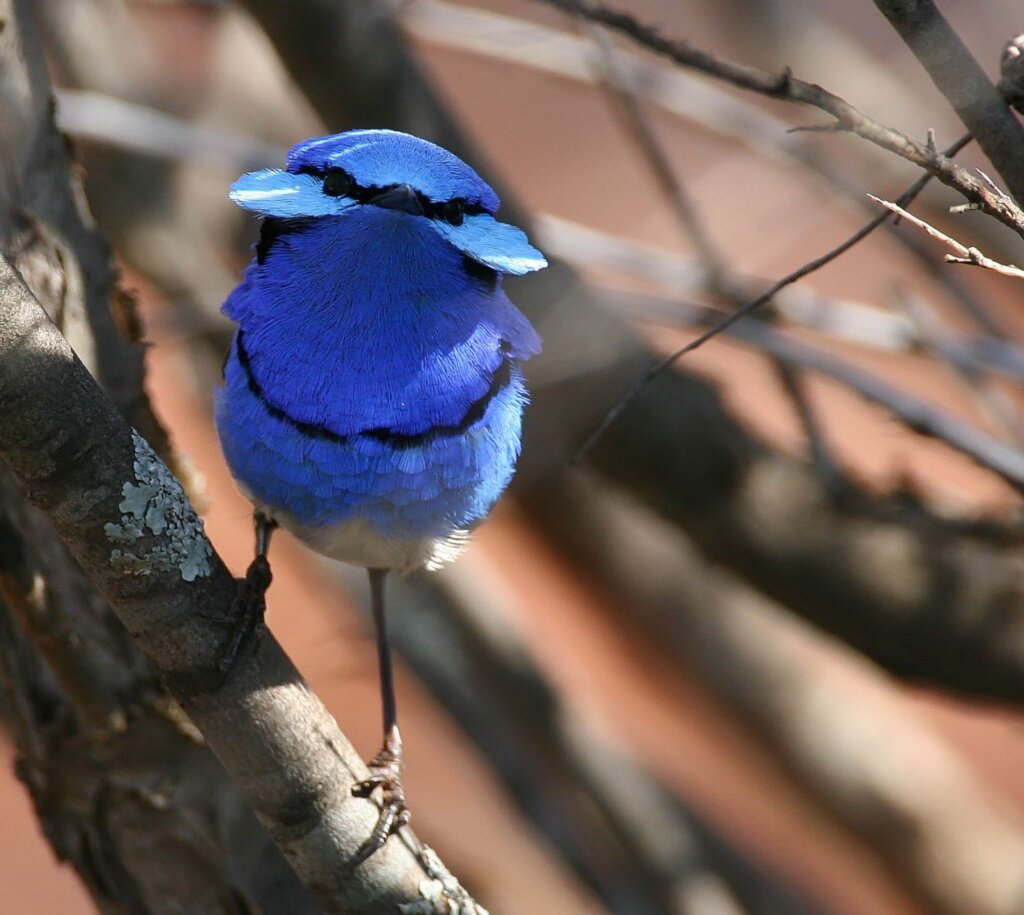 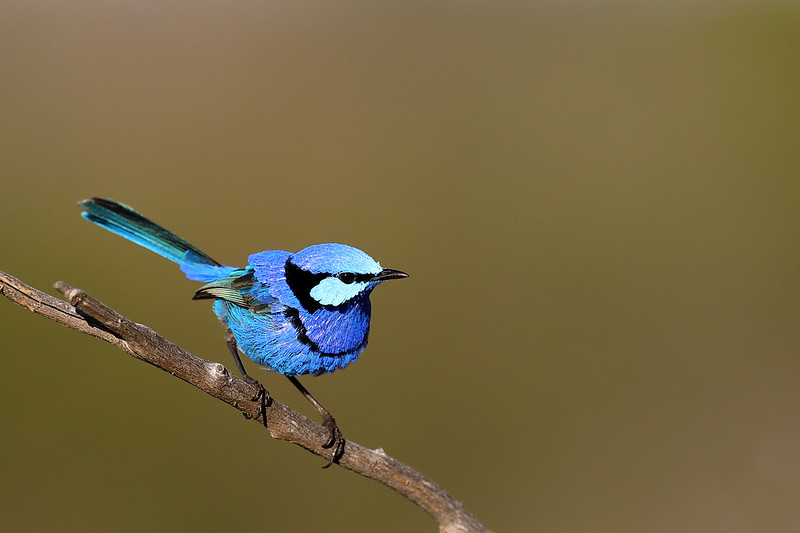 Like other wren species, Splendid Fairy-wrens are socially monogamous but sexually promiscuous, meaning that although males and females partner with one another they will quite happily mate with other individuals, then more often than not, remain to help raise the young. 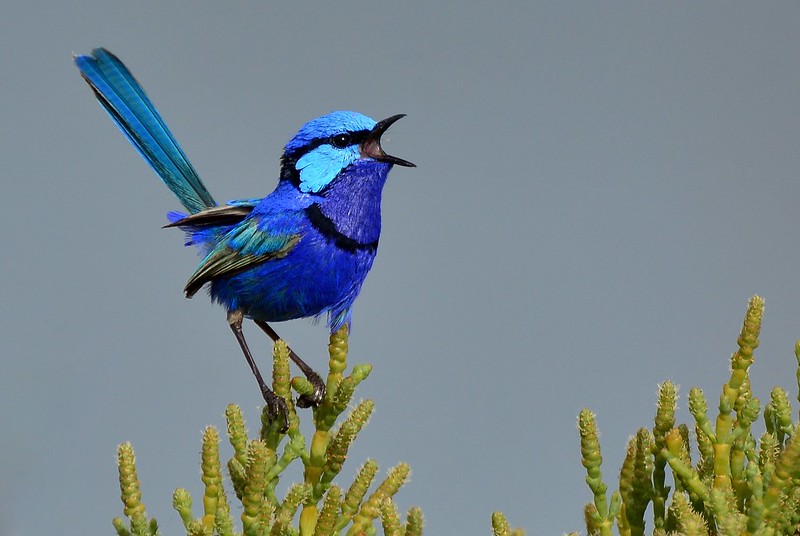 As part of their courtship ritual, male wrens will often pluck pink of purple flower petals and display them to prospective mates. 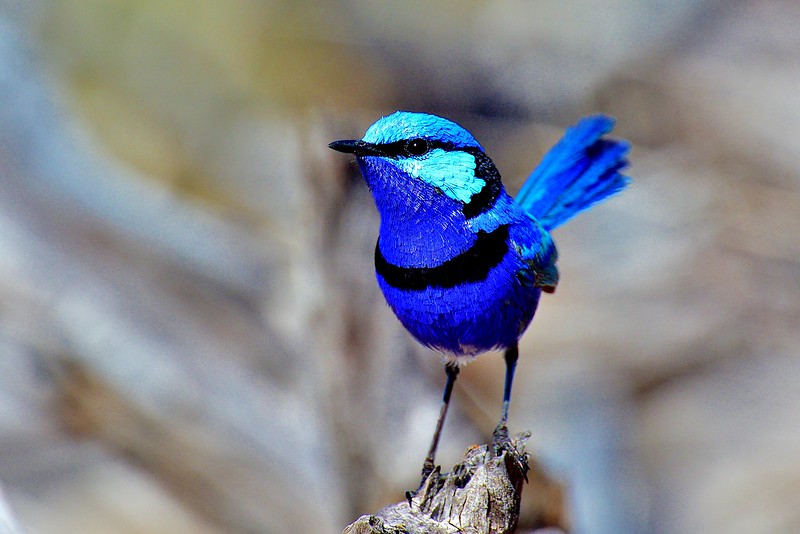 While feeding Splendid Fairy-wrens usually forage on the ground eating small insects and spiders. They will sometimes supplement their diet with seeds, though ants become the last resort staple during wintertime. 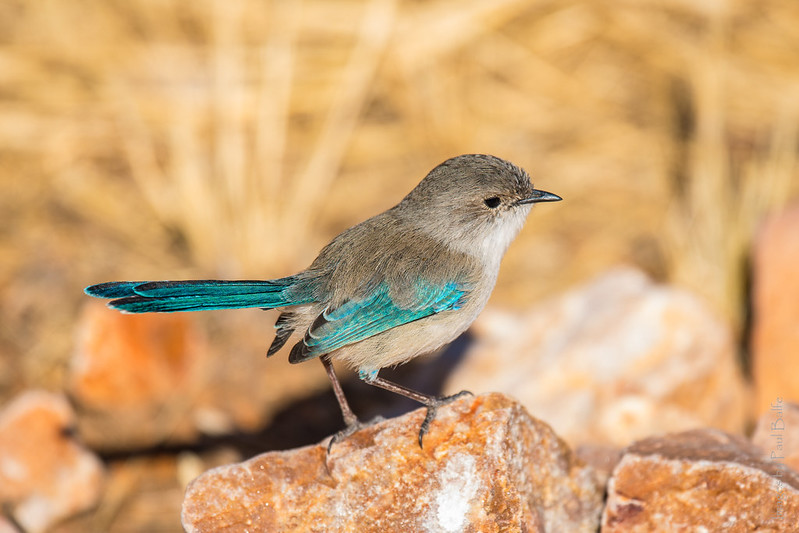 Unknown to most members of the public, there is an arms race between Splendid Fairy-wrens and brood parasite birds, (birds who lay their eggs in the nests of others, leaving them to race their chicks). 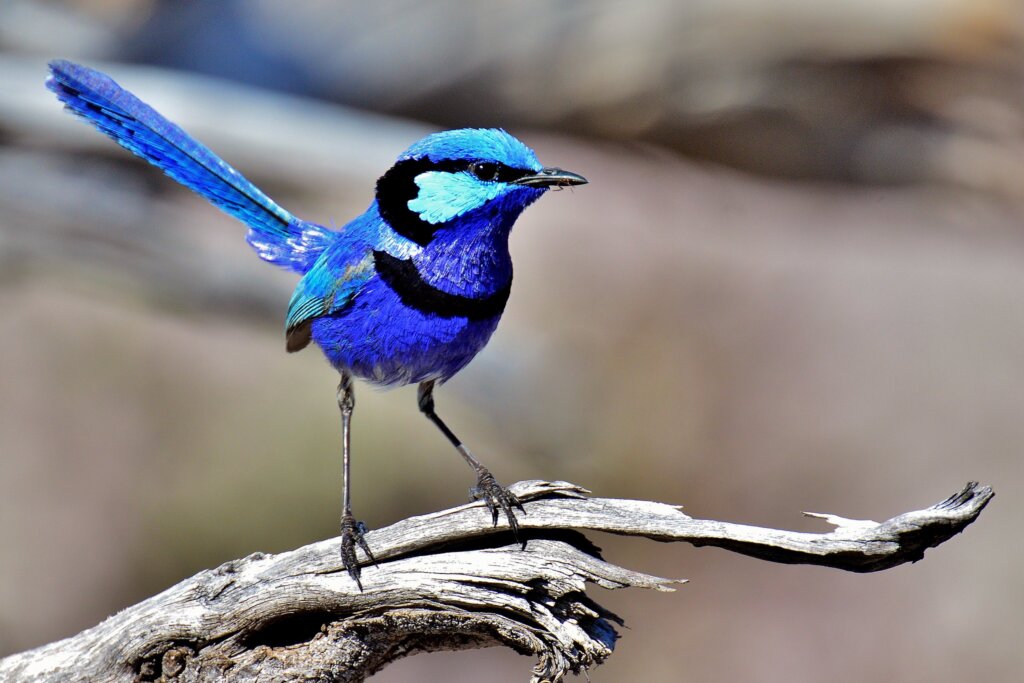 One fairy wren species has developed a remarkable way to fight back against unwanted and unwelcomed nestlings. Female Superb fairy wrens teach their embryos a secret password while they are still in their eggs. 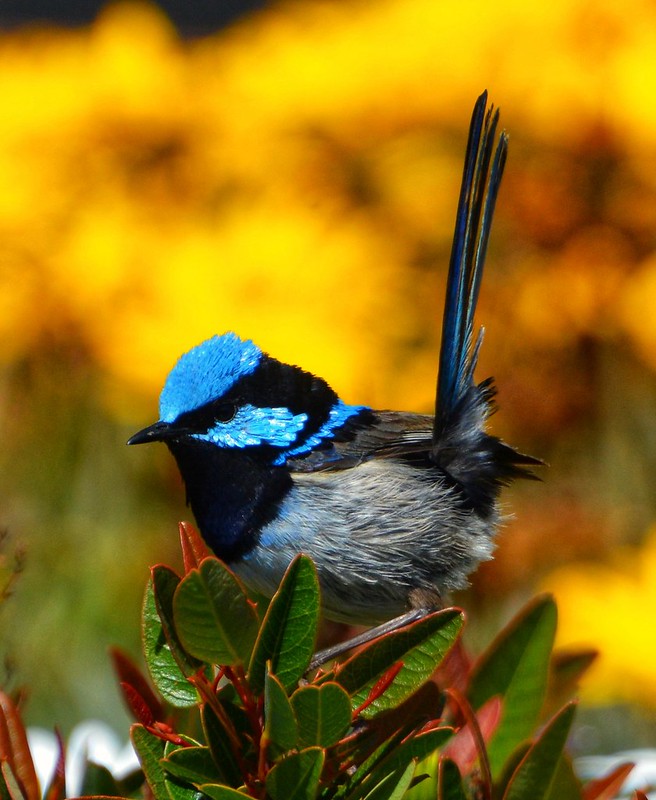 After they have hatched the fairy wren chicks incorporate this unique passwords into the calls when begging for food. 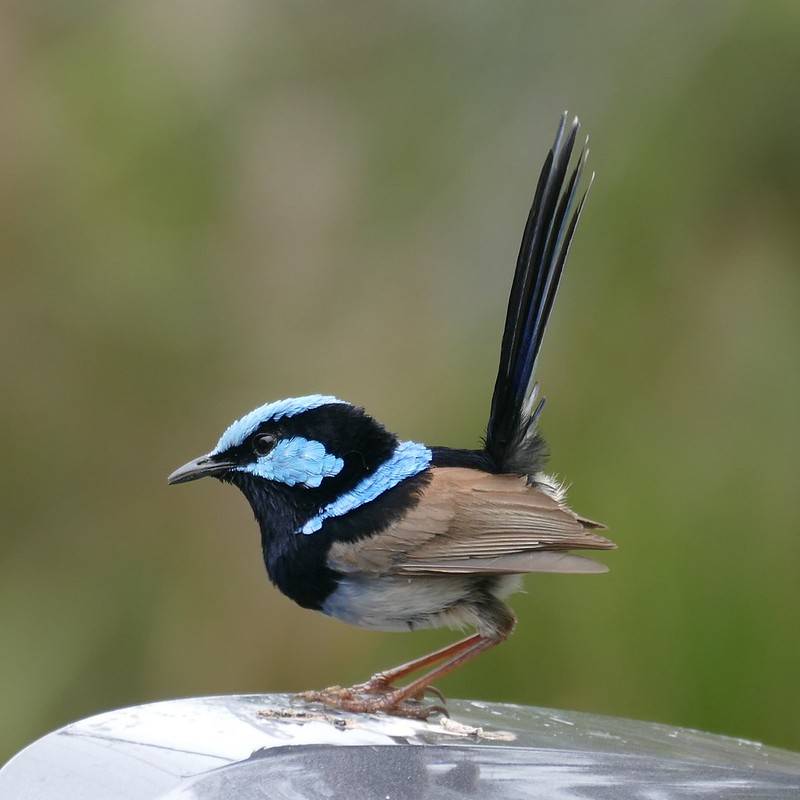