For a street child, loneliness and helplessness are some of the hardest things to bear. Not to mention the disturbing agony of fate, not knowing if the day could take something to the mouth. But when a faithful friend appears like this, everything changes color.

Pets are living examples of pure love, offering you something wonderful every day without expecting anything in return. When you have a pet, you are taught to love unconditionally, you learn the value of loyalty, commitment and reciprocity.

A street boy is left alone, but he has the love of a faithful dog.

Maria Kabs is a citizen of Manila (Philippines) who shares photos and videos of a boy and his cute pet through her social networks, spreading her exciting story.

The boy’s name is Rommel Quemenales. He is 11 years old and lives on the streets of Quezon City, in the Philippines, and his story has completely moved social networks.

The little Filipino adopted his puppy three years ago and named him Buddy there.

The boy found the puppy on the street and decided to adopt it so he wouldn’t be alone. 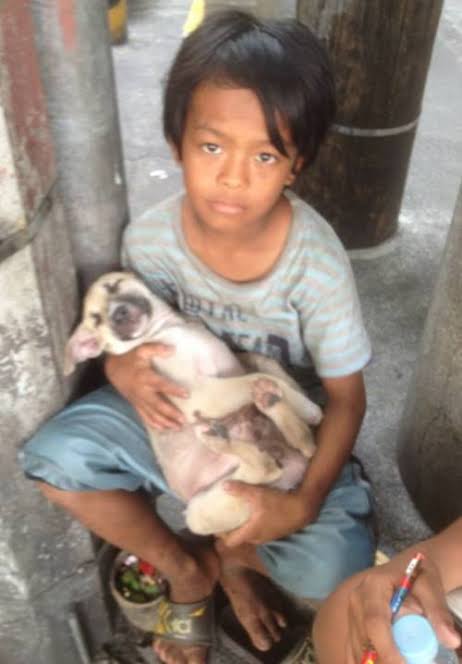 His parents separated when he was very young, he was abandoned and had no financial support. He has a sister who lives in a nearby town and Rommel visits her whenever she can. He has been wronged several times, either by the children or by the police, and has been robbed of the few coins he has managed to collect.

“I only ask for coins, I don’t steal anything ,” says Rommel.

Maria Kabs’ main goal was to spread the Rommel story and get some help. Because the situation in which the child lives is not optimal.

Here you can see a part of the daily life of little Rommel that has touched many hearts.

“These are just some of the photos and videos of Rommel and Bassey. Please share them all to help him and his dog ,” Kabs said in one of his posts about the street child.

When he lived in Quezon City the boy was alone, but since he has a do 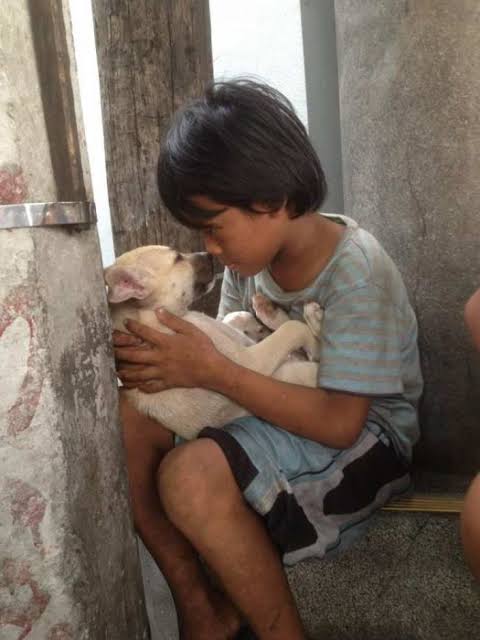 Rommel Quemenales’s biggest dream is to go back to school. He only had the opportunity to reach the second grade in school and tries to acquire more knowledge every day. He wants the best possible cooperation so that he can return to his home country of the Bulacans, graduate and become an actor at some point in his life.

Thanks to the efforts of many people and the viral story of a boy with his dog, little Rommel is in his hometown, attending classes and creating a better future with his great dog friend.

Despite everything that has happened in his life, this boy is still full of love and shows us the great friendship he has built with his dog.

One of the ways Rommel made a living was by singing the songs that were popular in his country.

His dog Badgi is with him, no matter what. He doesn’t care if he lives in a mansion or a cardboard house. The only thing that matters in this relationship is the mutual love that exists between them. The story of Rommel and his dog friend is really exciting.