A Shimmering Combination Of Burgundy Contrasts Perfectly With This Birds Pure White Wings -Meet The Pompadour Cotinga! – One Big Birdcage 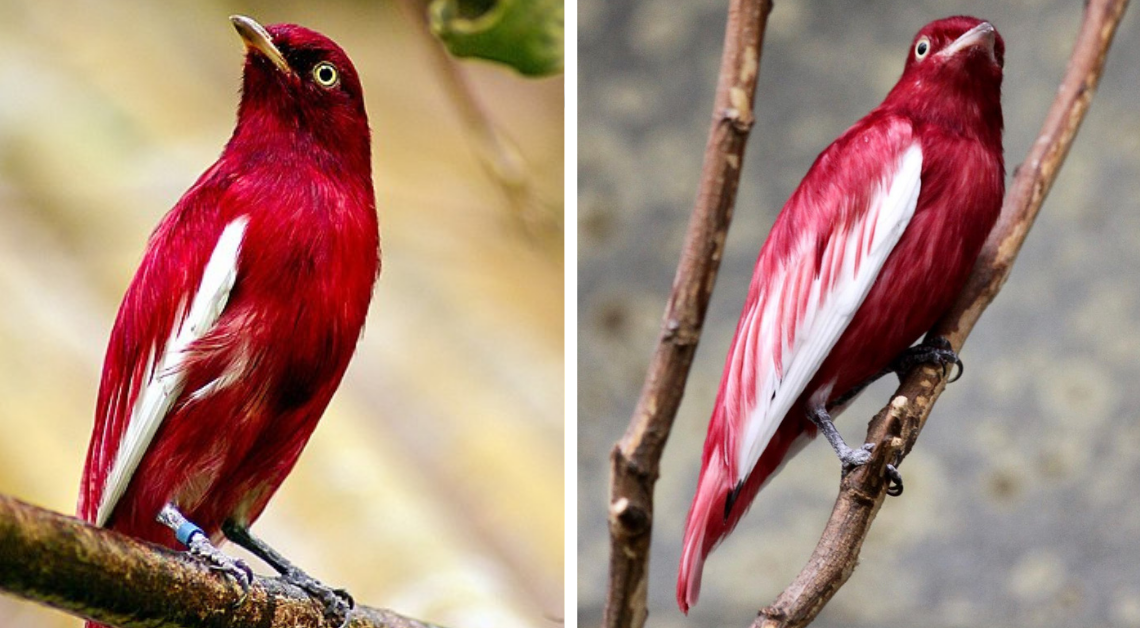 JUST WHEN YOU THINK YOU HAVE SEEN EVERY COLOR A BIRD CAN BE, YOU GET SURPRISED AGAIN.

Proof of this is easy to find should you ever be lucky enough to lay your eyes upon a bird covered in a shimmering combination of burgundy set against pure white wings! One that can be seen from quite a distance. 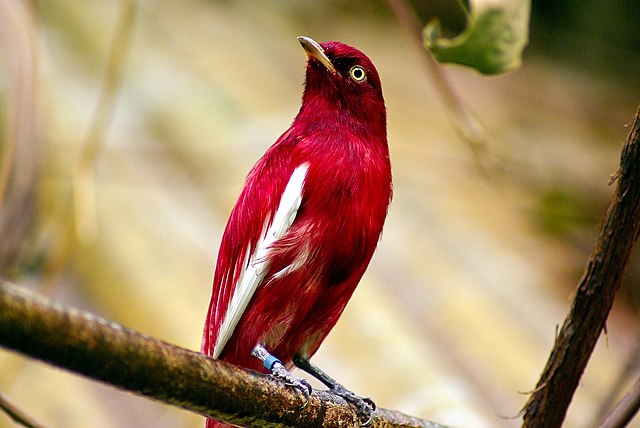 To say that the male is spectacular is an understatement! His head and body are covered in a coat of burgundy plumage which in turn contrasts perfectly with his pure white wings. He also has yellow eyes and grey legs. 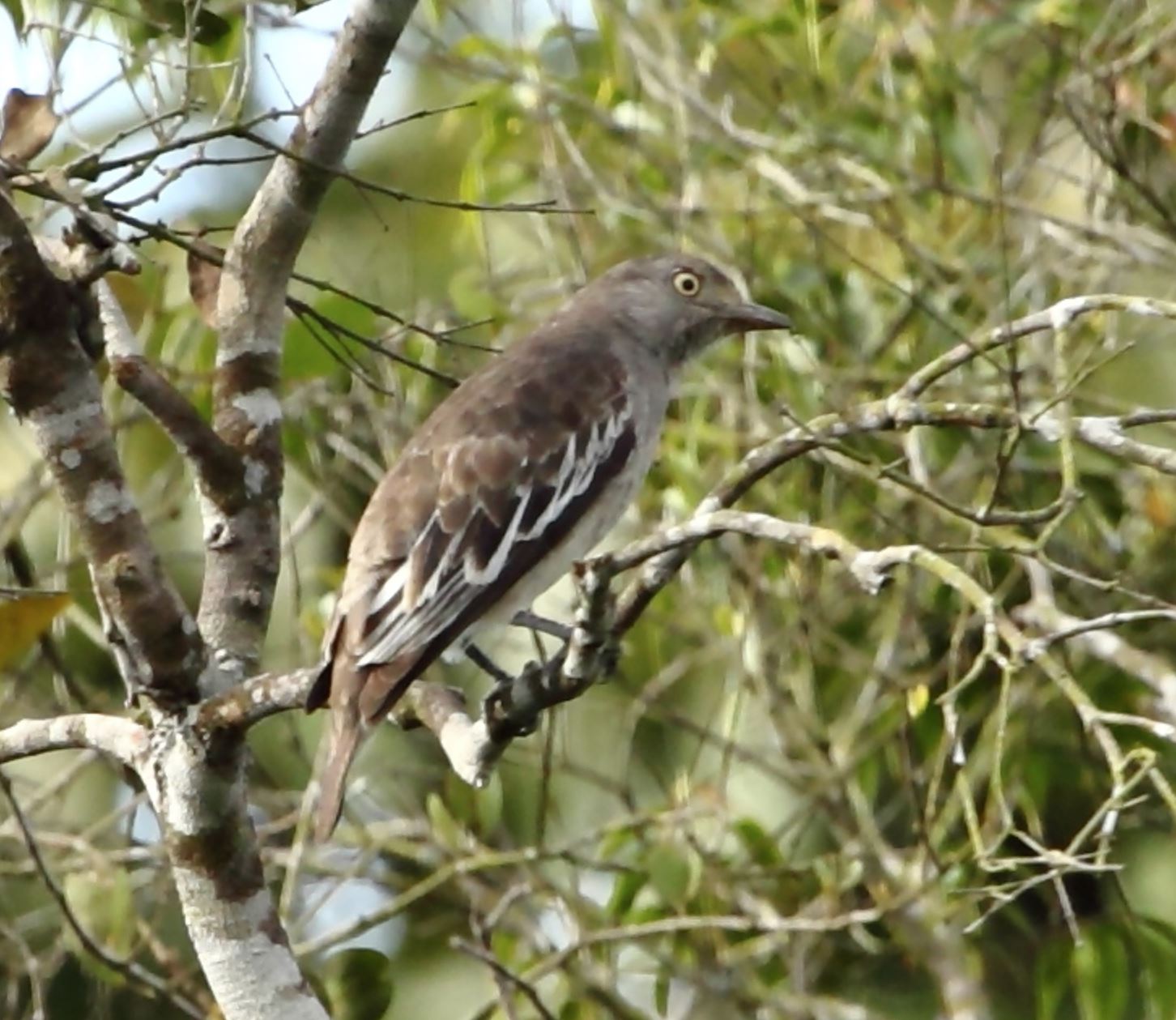 Females are a pale gray, both on their heads and on their body. 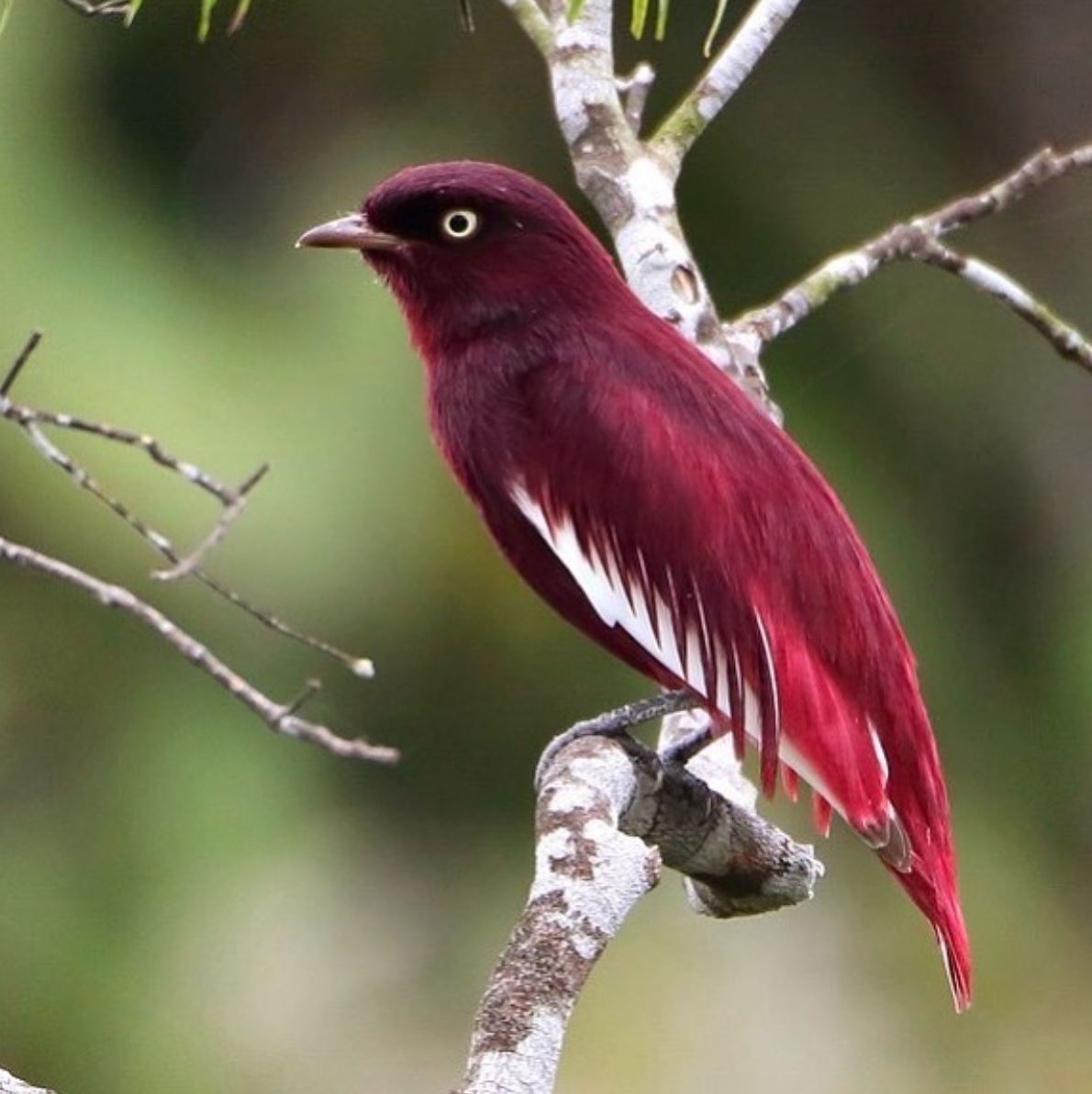 These birds prefer to be in the upper canopy of the forests they occupy. These forests are found across South America, including Brazil, Colombia, Venezuela, and the Guianas.

In the Northern Peruvian Amazon, they are generally found in areas of thick vegetation and white sandy soil. 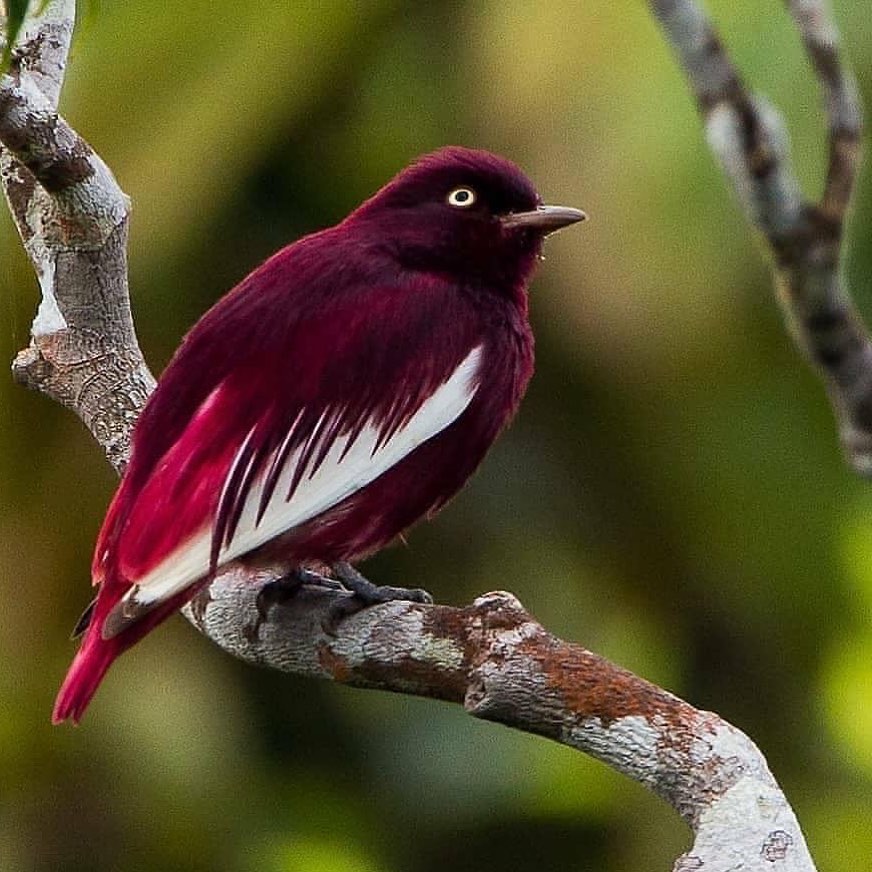 There is not a lot of information of nesting behavior, it is known that males perform elaborate displays during mating season, and the females take on the role of raising the young on their own. 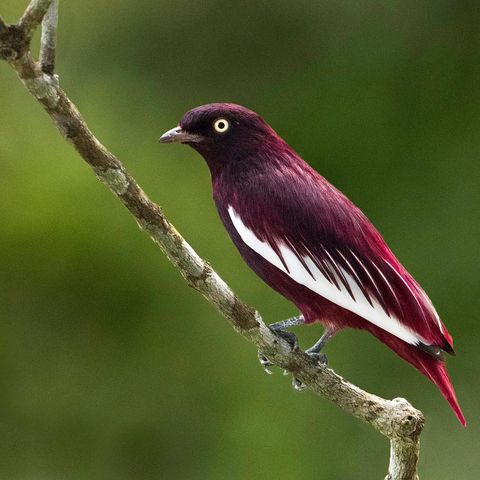 The main diet of this species of fruit, however, it is known that will eat insects if one happens to be in the wrong place at the wrong time. 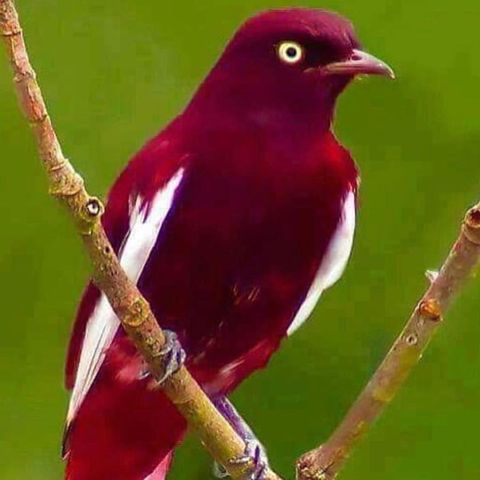 This species uses a vocal Purp to communicate with one and another in social groups. Males sometimes use a display sound of a most unbirdlike rattle, rarely ever heard 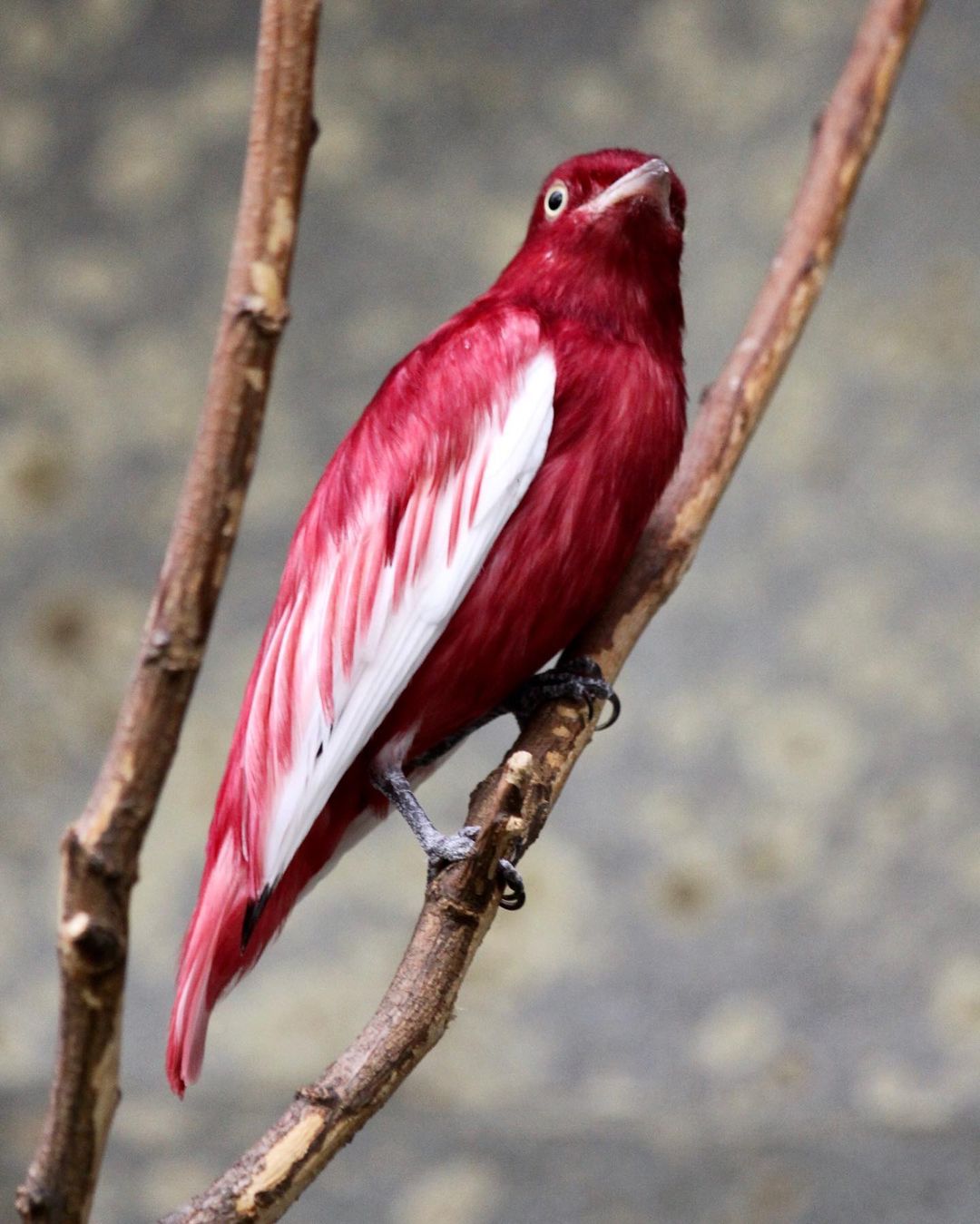 Despite all the recent threats to the Amazon over recent years, one bird that seems to be under less threat is the Pompadour Continga. 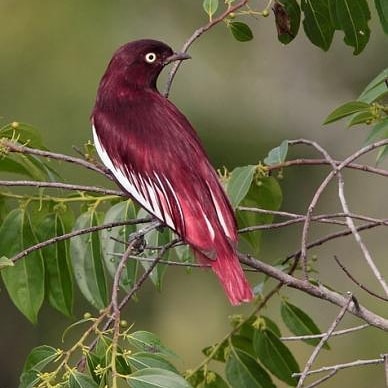 WATCH THE POMPADOUR CONTINGA IN THE VIDEO RIGHT HERE BELOW: