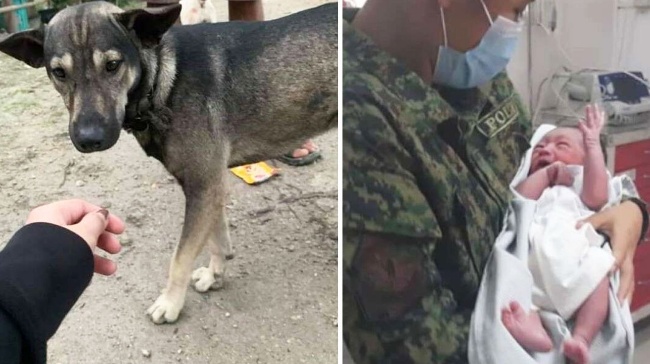 In late December, Junrell Fuentes Revilla was riding his motorcycle in the mountains near Cebu, Philippines, when a dog started chasing him. The dog barked and howled, drawing Revilla’s attention. The motorcyclist felt that the dog was trying to tell him something, so he stopped his motorcycle and approached the puppy.

The dog took Junrell to a dump and found a small lump moving on the ground. “To Revilla’s surprise, she found the baby wrapped in a brown towel,” Hope for Trump employee Gea Ybarita told The Dodo.

“The area where the child was found is isolated because it is on top of a mountain.” Revilla carried the newborn and took him to the nearest police station, where the Department of Social Protection intervened. Thanks to the dog’s speed, the baby was found on time and remains in good health.

When the story of the incredible dog hero spread to all the nearby towns, volunteers ran into the mountains hoping to find the brave dog. Instead, they were met by a man who claimed the dog, named Blackie, was his. “He showed us the way to his house and, to our surprise, Blackie was there with three other dogs,” Ybarita said. “We made sure he wasn’t wandering at all.”

Rescuers were relieved to see that Blackie had a loving home, but it was clear that the dog and his family still needed help. “‘No matter how hard life is, no matter how poor I am, I will feed all the dogs and take care of them,’ Ybarita said. 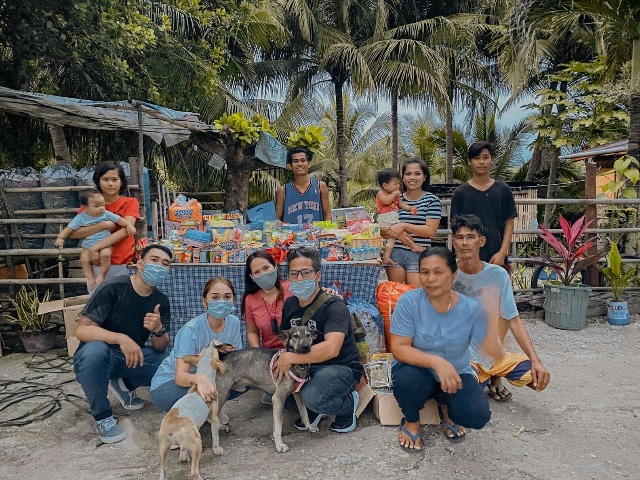 Since then, Blackie and her family have received tremendous support from the community, including donations of pet food and supplies. Blackie doesn’t know it, but she has changed her future, that of her family and that of a very happy girl. For more on helping stray dogs in the Philippines, she follows Hope For Stray on Facebook.