A Bird Covered In An Electric Coat Of Shinning Emerald Greens, Accessorized With A Zebra Striped Waist Coat – Meet The Asian Emerald Cuckoo!

A STUNNING JEWEL OF BIRD COVERED IN ELECTRIC IRIDESCENT GREENS WITH A BLACK STRIPPED UNDERBELLY.

Living in the dense forests of central and southeast Asia, the male Asian Emerald Cuckoo is covered in a suit of electric emerald greens, with a belly of stripped black and white. 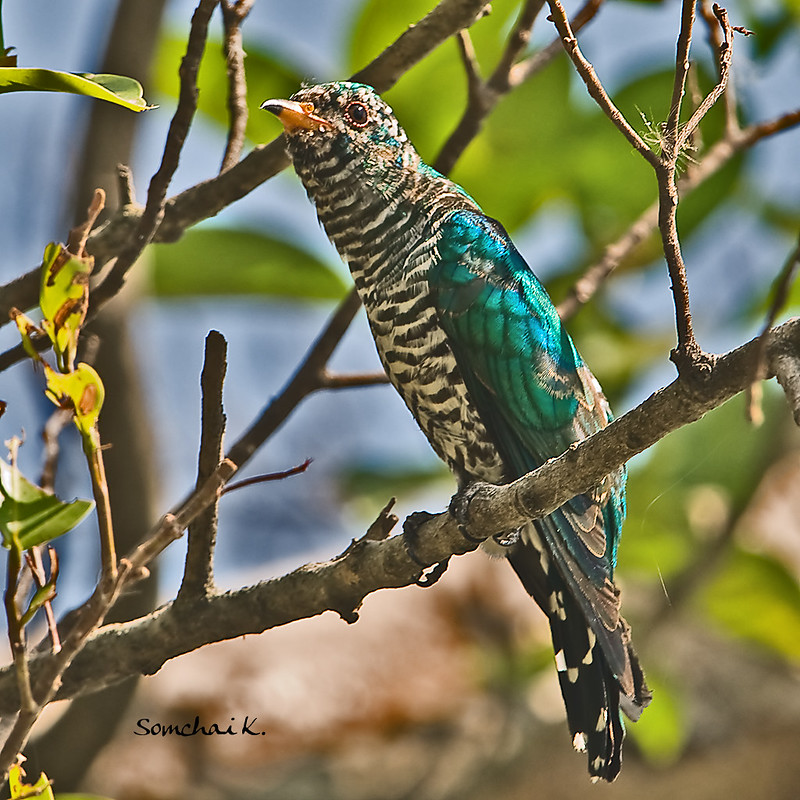 The females of this species look similar to their male counterparts but differ with a light orange crown and thin stripes on their faces. 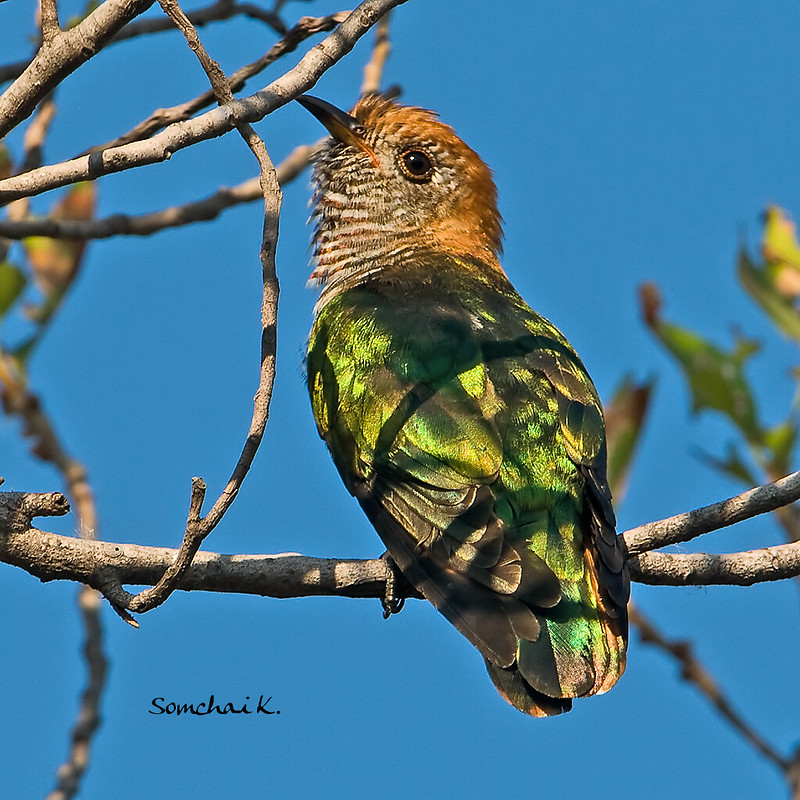 Not the fastest member of the cuckoo family, their movements are quite slow, as they move high up in the canopy of subtropical tropical forests throughout Myanmar, China, Thailand, Vietnam, into Sri Lanka, India, Malaysia, and Sumatra. 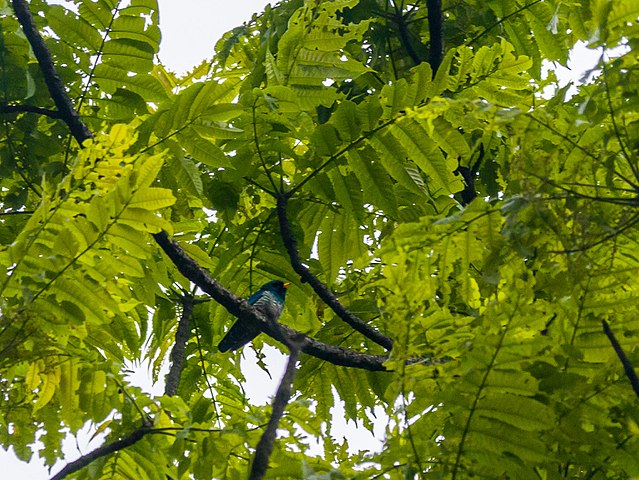 Apart from their gorgeous appearance these Cuckoo’s can also be recognized by their loud “chew’wit’it” calls.

The Asian Emerald Cuckoo’s breeding range extends out from the Himalayas eastward toward Myanmar, China, and Northern Thailand where it parasitizes the nests of spiderhunters and sunbirds, with the females laying their eggs in the nests of these birds.

This species lives on insects and other small invertebrates such as ants and caterpillars. 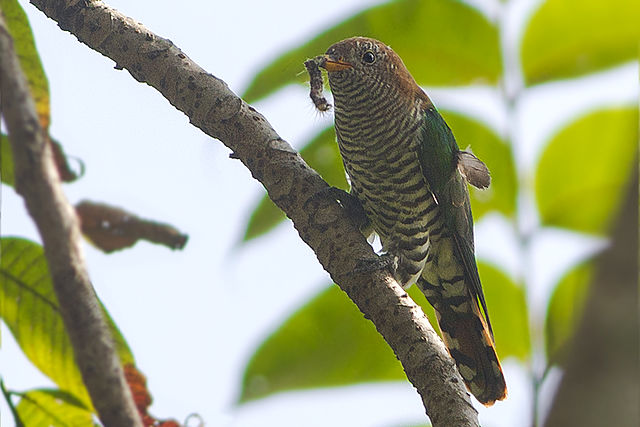 This species lives on insects and other small invertebrates such as ants and caterpillars. 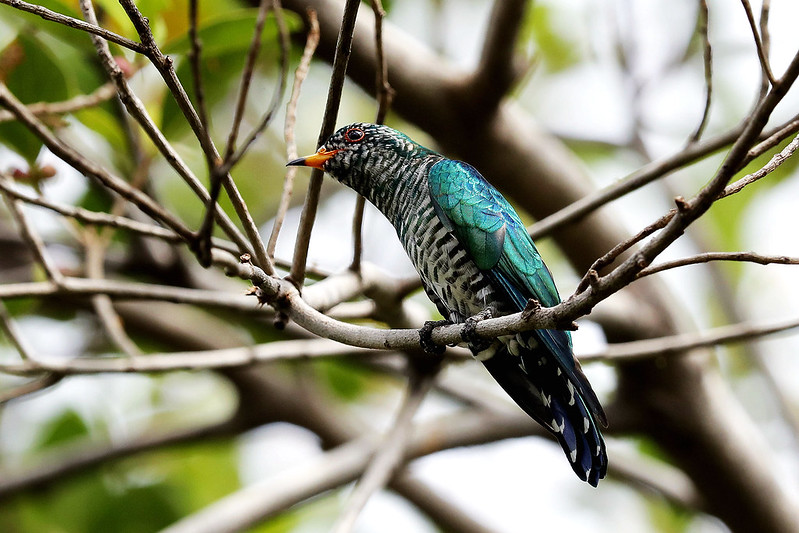